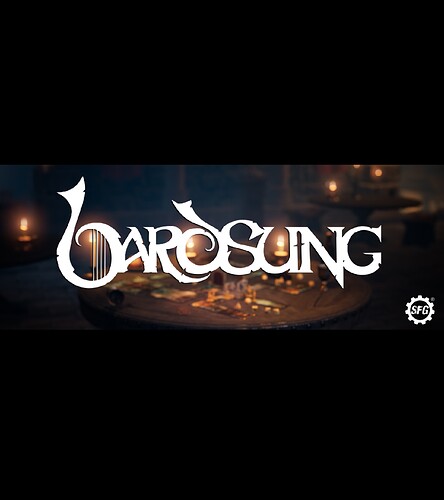 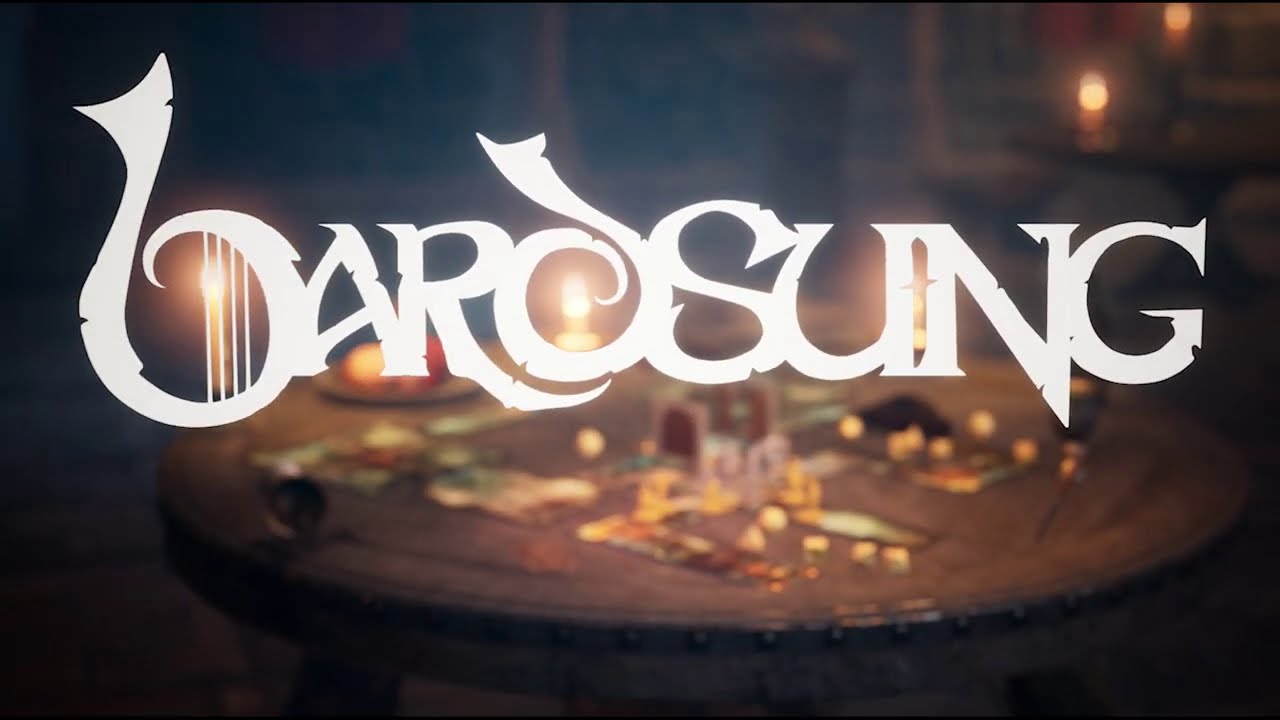 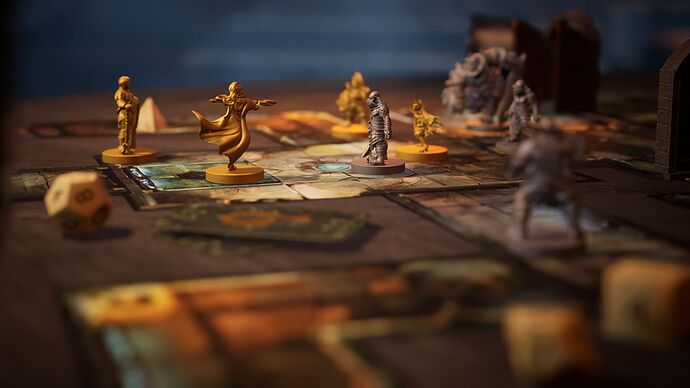 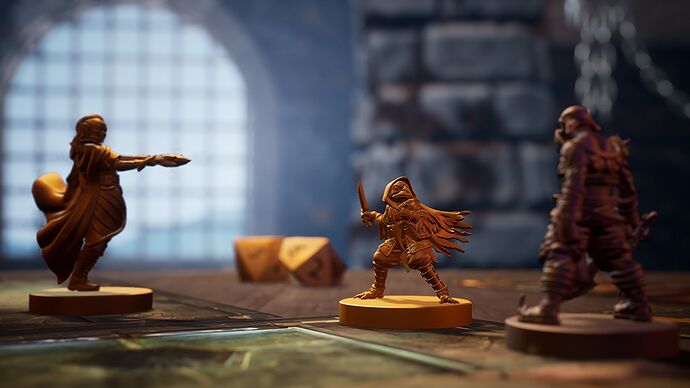 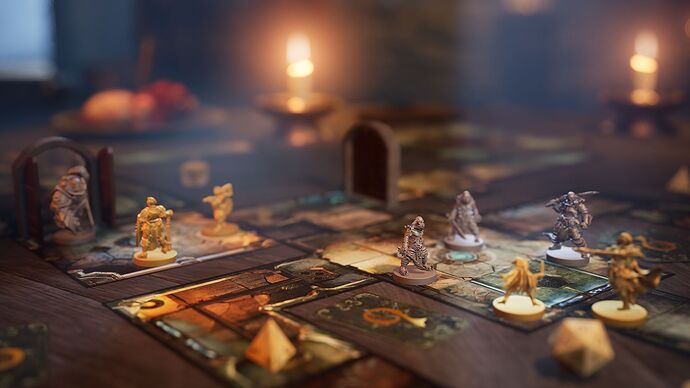 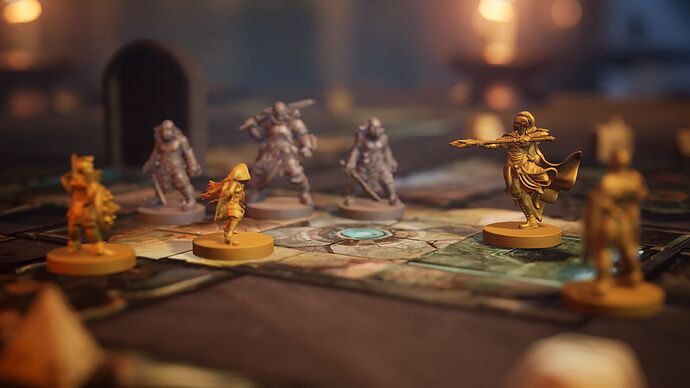 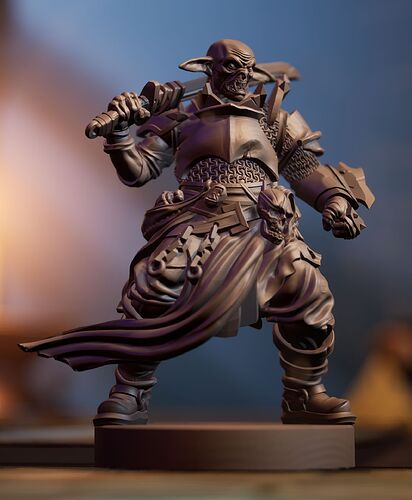 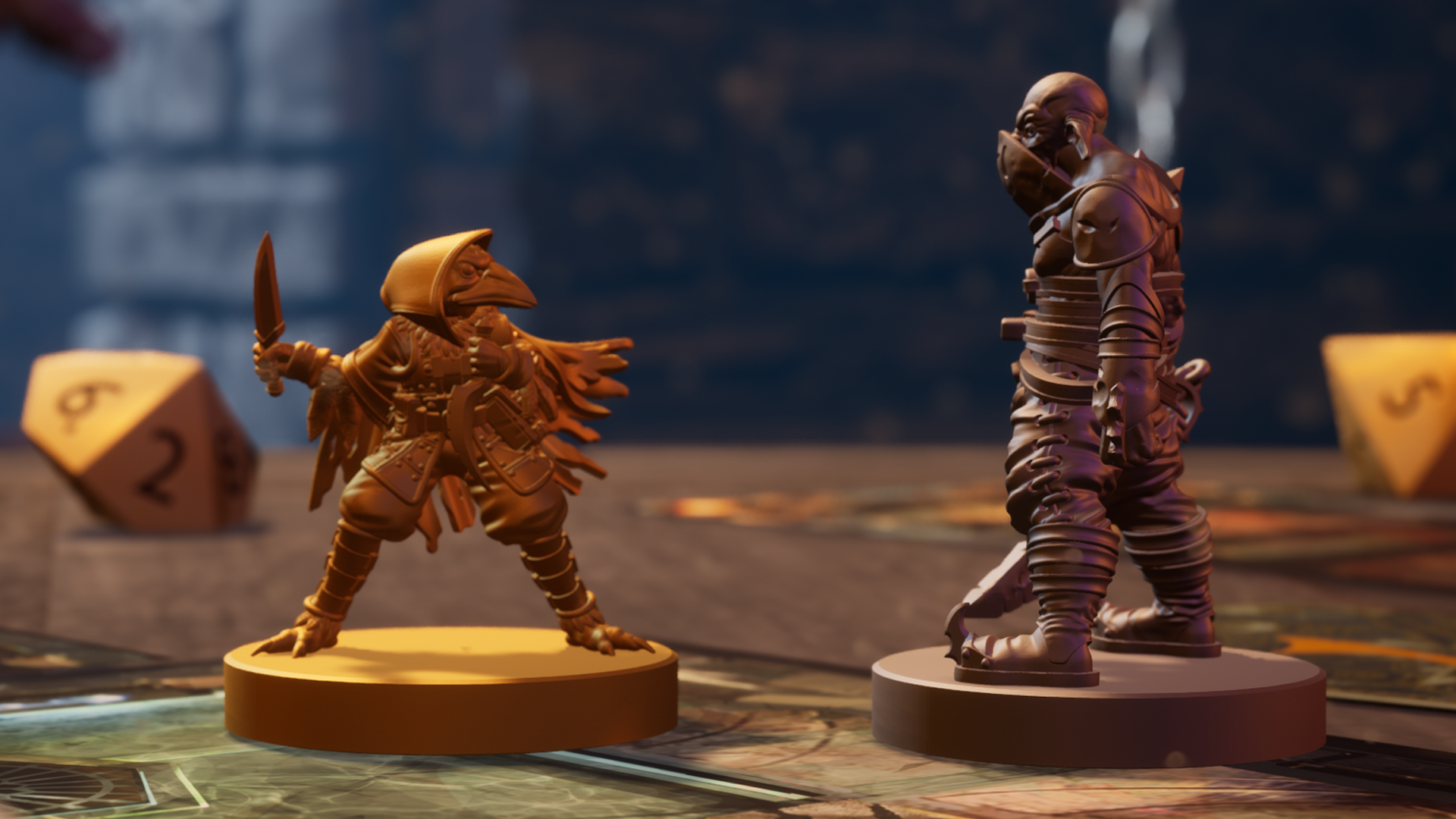 Bardsung: How Critical Role, Final Fantasy and a piece of potato peel...

Ahead of Bardsung's Kickstarter, designers Mat Hart and Sherwin Matthews talk about drawing from the classics for a modern RPG board game.

Pay attention, friends , for what I am about to share bears great weight for the campaign ahead.

Four heroes are already committed to your cause: The Lightweaver, Nightfeather, Dawnguard, and Stoneheart. 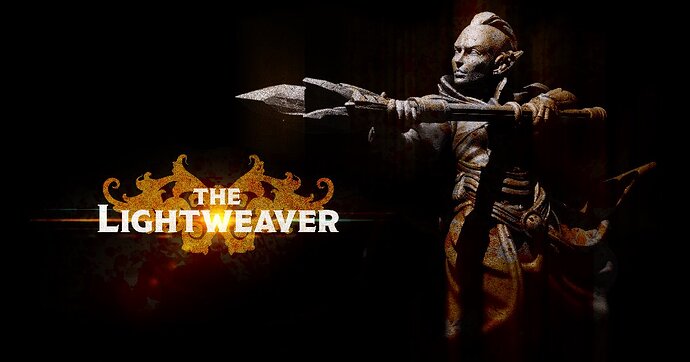 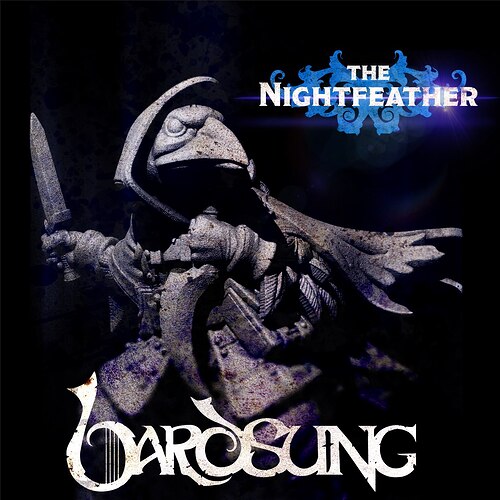 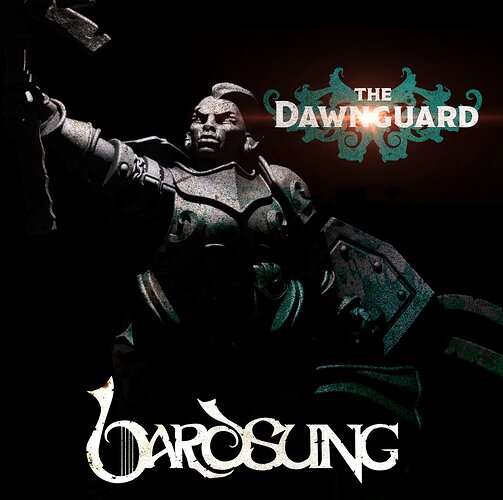 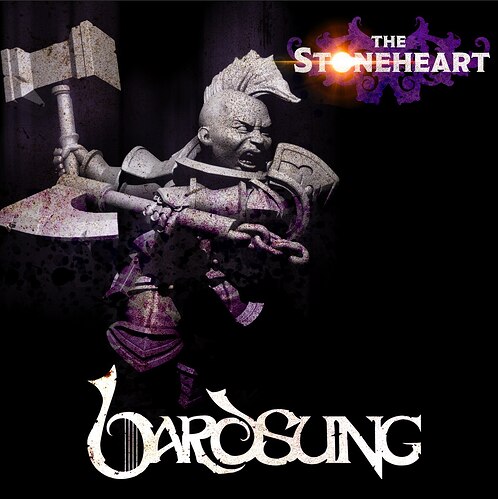 But this is a journey for five, and so your party may hold yet another.

And as luck would have it, two more heroes are yet to emerge. One to be chosen . The other to be earned .

For the hero to be chosen , four worthy contenders will be presented. Once each has been introduced, you must cast your vote on who you will take forward.

They are a proud and noble sort, and won’t pledge loyalty to just anyone. You must prove your worth to earn the honour of counting them amongst your potential party members.

How, you ask? By completing a quest, to be revealed on October 19…

That makes for six in total, you say? But there is room for only five in our party?

Indeed you are correct, and no, I have not forgotten to count!

Should you complete your Earned quest and cast your Chosen vote, your reward will be six legendary heroes to choose from in order to fill your party of five… for the moment.

Are you following, friend? I hope so, for we are about to begin!

THE HERO TO BE CHOSEN

So, who shall it be? It’s not for me to give you an answer. I have no preference. I know all sorts of heroes, and the legends that precede them.

Any one of the four contenders you will encounter this week would suit your party.

Now, let us meet the first…

The first of the bunch is The Lionsoul, and a more stalwart ally you’d be hard-pressed to find.

Most would recognise them as a paladin by trade; proud of armour and resolve both, an unmovable rock your foes will dash themselves on time after time.

A slow and steady approach might not defeat any many foes as The Stoneheart would—nor with as much flamboyance as The Nightfeather—but I’ll tell you now, The Lionsoul has stamina enough to remain standing long after others would be forced to retire in shame.

Who else, then, a more stalwart or reliable ally in a fight?

Discuss The Lionsoul amongst yourselves, friends, for the Chosen vote is merely days away… 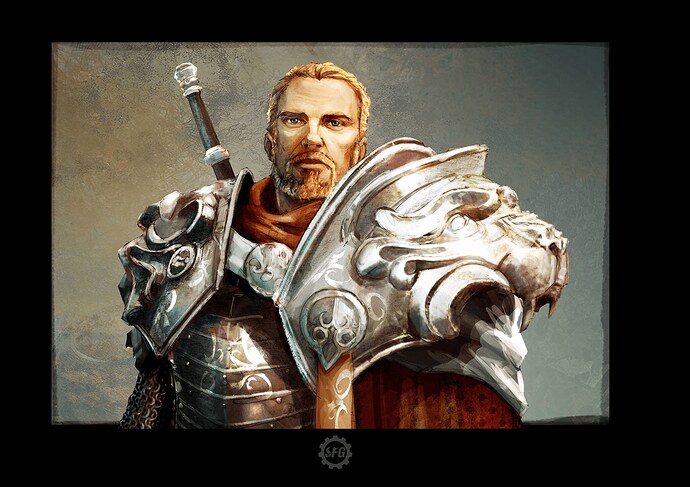 Now, here’s a hero that will bolster your magical arsenal for sure!

True, your average druid is a strange type, spending more time out in the woods with the beasts than they do amongst civilised folk.

Still, I wouldn’t hold that against them. They are probably far better companions than some of the drunks in here!

Druidic craft is quite unlike that of mages and sorcerers, but no less powerful. Trust me, an ally who can marshal the untamed power of wild beasts—or even turn into one—is seldom someone you’ll regret inviting to the party… 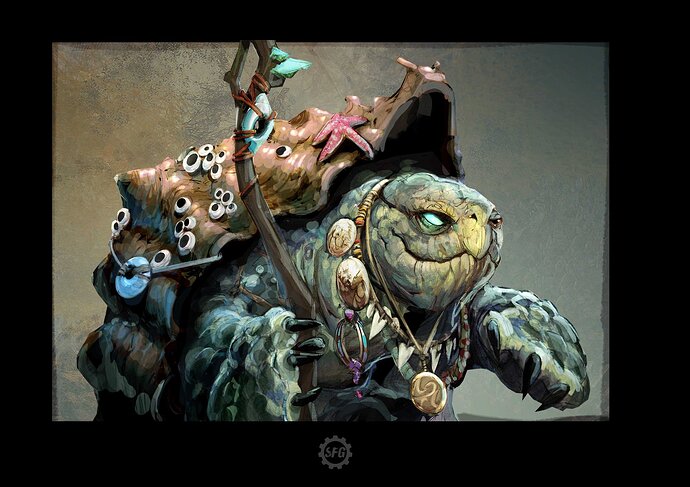 Set aside your drink and bend your ear. I bring news of the third contender for our Hero to be Chosen!

First, a brief introduction for the new patrons that have since joined us (some 200, by my count!):

Two more heroes are yet to emerge. One to be chosen. The other to be earned.

For the hero to be chosen, four worthy contenders will be presented. Once each has been introduced, you must cast your vote on who you will take forward.

The first of our potential heroes,

The Wyldshell, have already been introduced.

Today, I bring news of the third!

Our last potential hero was a wild sort!

And given we’re speaking of those that dwell in the wilds, I would be remiss to leave out a ranger. Just in case you’d prefer another hero that will strike from afar, like our mage over here gestures in the direction of

The Lightweaver, who stands serenely by the window.

If that is indeed your line of thinking, there are few better than The Pathseeker.

For rangers don’t just bring a bow and knives to the fray. Oh, no.

The Pathseeker will be invaluable in sniffing out traps and ambushes well before they cause you harm, and will likely set a few of their own!

And if you’re hunting a special quarry? Well, then, look no further for an expert tracker to boot…

Friends, I bring you the final contender for our Hero to be Chosen. Tomorrow, the vote begins!

And tomorrow is indeed an important day, for that is also when we’ll meet our Hero to be Earned, and learn the quest we must complete to earn them!

Some of the potential heroes we have encountered thus far have favoured a lighter touch. However, there will doubtless be times a delicate or stealthy approach won’t work!

In those moments, you’re going to need raw strength, pure and simple.

For that, a barbarian brute would be my choice. Someone like The Skullsplitter.

Skullsplitter isn’t the most accomplished duellist, but who cares when you can muster power enough to shatter armour and bend steel?

I’ve seen what happens to the unfortunate souls that try to withstand the onslaught. First their arms get tired from blocking, then their guard falters, and then…well, you can see the trophies all too well! 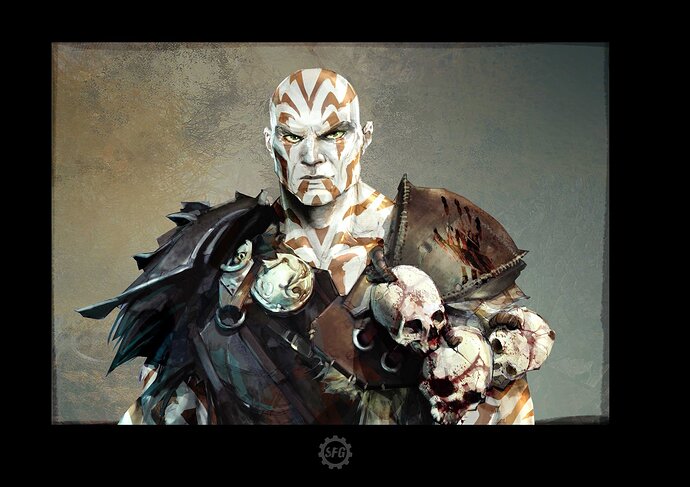 Our hero to be earned was due to arrive this very day, but they have been waylaid ‘til the morrow…

…and, with them, the vote for our hero to be chosen. Still, we have much for you today, friends!

Cast your eye over the visage of The Lightweaver, a hero already committed to our party.

And further, observe promised news from the world beyond! http://bit.ly/bardsung-exploration

Within this ‹ post ›, one who calls himself ‘Lead Designer’—a curious title, the meaning of which I am not quite certain—has provided seemingly prophetic insight into how our dungeon exploration may unfold. 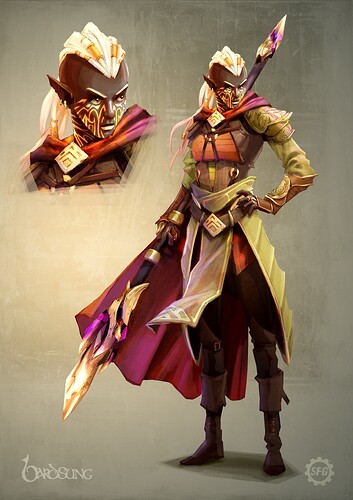 Exploration in Bardsung | Board Game Design 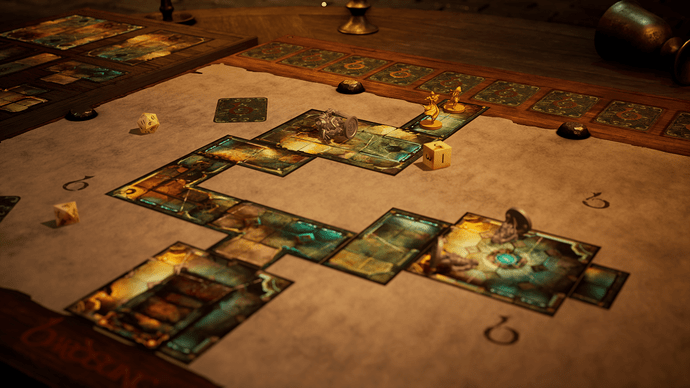