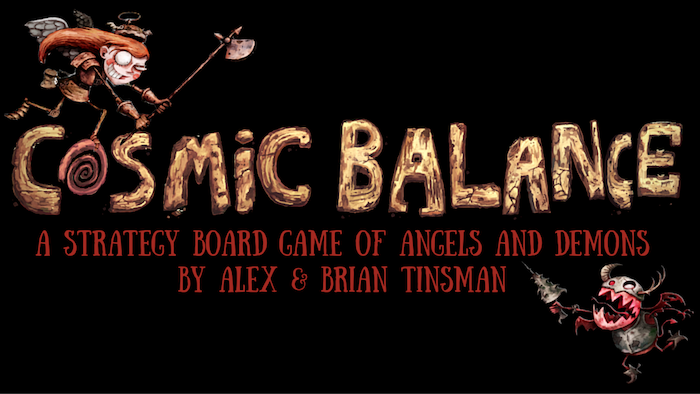 Hi Backers! A large update will go out tomorrow but here's some answers to some of the questions we've been getting:

Our Mistakes
Some errors slipped through that we didn’t find until after we had gone to print. We apologise for these and will rectify them to the best of our ability.

Number of Players
We changed the “official” number of supported players from 2-5 to become 2-4. We also didn’t do a good job of informing people of this change. We wanted it to be 2-5 players but our playtesting revealed slow gameplay and some bad experiences with 5 players and we ultimately decided the game was better capped at 4 to reduce the chances of these bad experiences. However, the game can support 5 players if this is important to your play group.

Wizard Powers
Wizard powers do not work on Wizards, Angels, or Demons. Any card that says otherwise is a typo and should have this errata.
More Questions

Do Restore Tokens refresh?
No, each player can only use one Restore Token per game unless a power or card ability gives them more. The main purpose of Restore Tokens is to prevent the Cosmic Balance from getting too heavy on one side and impossible to tip.

Can you play Restore Tokens during the resolution of other abilities?
No. You can play them as you would play an action on your turn, although it does not consume an action. Play them only before or after the resolution of any other actions.

Do Curses Stack?
Yes. There are no limits on how many Curse Tokens Cultist players can put on any player or players. Each Curse Token reduces that player’s VP total at the end of the game.

What Happened With the Social Goals Cards?
During the campaign our backers unlocked several social goals, such as Angel of Light, Storm Angel, Demon of Ruin, and Lightning Demon. Without these unlocked cards, the basic version of the game contained 30 beyond cards, many of which were copies of (the rather boring) Angel of Might and Demon Warrior cards.

The social unlocks gave us confidence to playtest and pay for art for the new cards. We decided the game played better with fewer copies of the Angel of Might and Demon Warrior so we substituted the unlocked cards for the extra copies and kept the total count of beyond cards at 30.