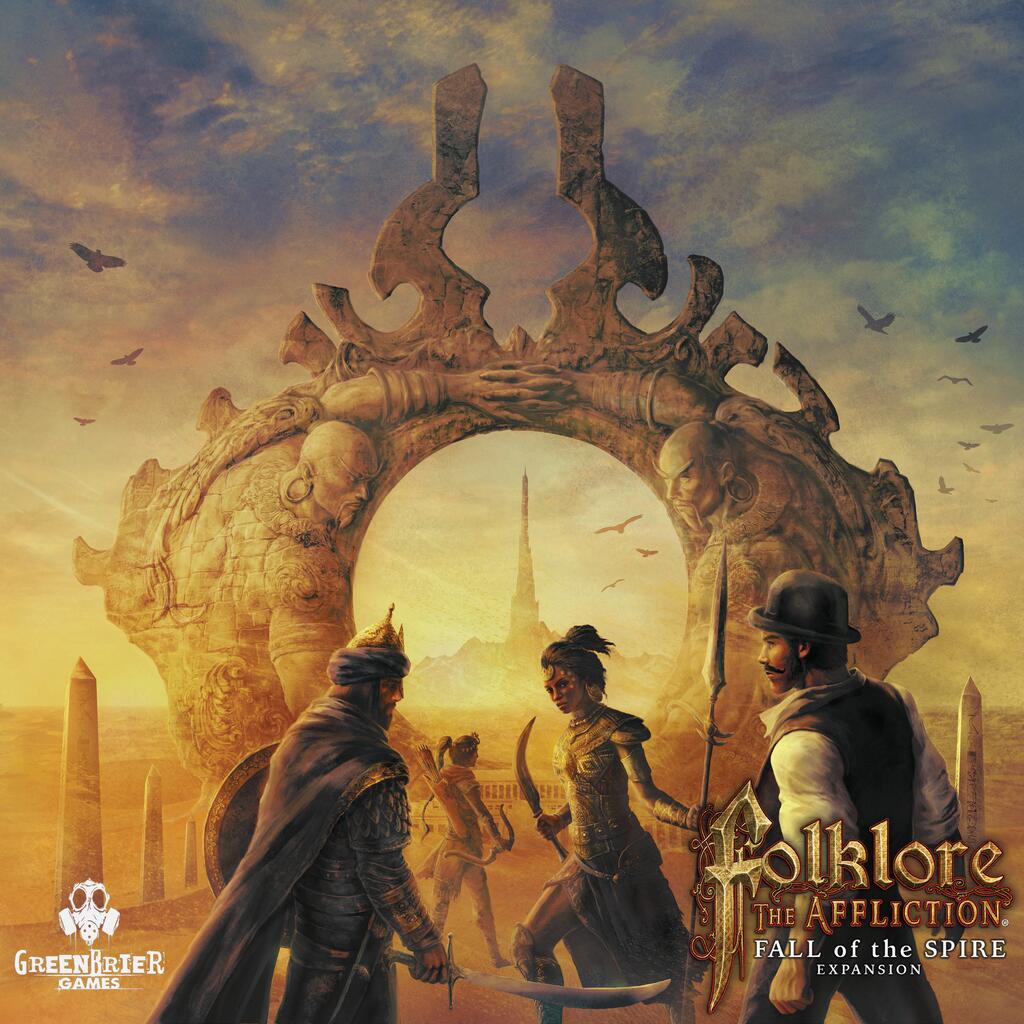 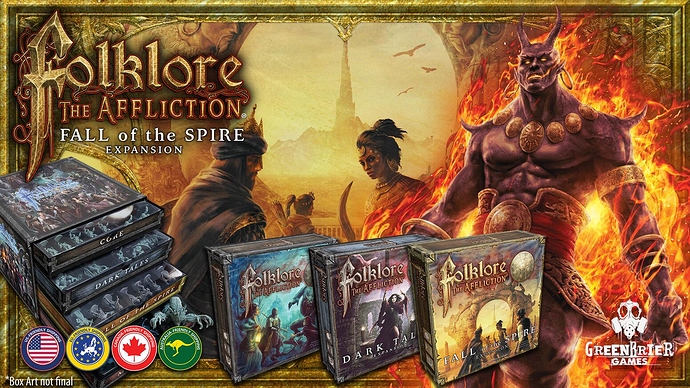 Folklore: The Fall of the Spire

A cooperative/solo adventure board game of mystery, fear, and dark fantasy.

Folklore the Affliction: Fall of the Spire expansion by Greenbrier Games coming to Kickstarter end of March 2019!

You have travelled the dangerous byways of Kremel, and finally walk past the gates of the town at twilight. Once wide eyed at seeing so many people bustling in the streets, you have grown jaded and keep an eye out for pickpockets. The buildings, stone and wood edifices, on closer inspection show the cracks and grime. One of the shopkeepers waves in recognition, and looks to you in hopes of news from the outside world. But you have a destination in mind, and no time to spare. You nod back, and continue to the heart town, where you hope to find the missing piece that will take you the one place that will doom or save this land...the spire. In this new expansion the design team at Twinfire takes us down to the dark streets and up to the rooftops in the towns of Kremel. Then, travel further into the world with new stories, characters, monsters and afflictions. Explore new combat mechanisms that can be used in this expansion as well as be added to the core game and Dark Tales Expansion to revisit those campaigns.
Endevor novembre 17, 2019, 11:42pm #7