Gale Force Nine have announced they have entered a multi-year deal to act as master Licensee for ‘Games’ for Frank Herbert’s Epic “Dune” Series. The deal will see Gale Force Nine publish a range of games based upon the property, as well as sub-license the rights to partner companies. The first of these has been assigned to Modiphius Entertainment for the Dune Roleplaying Game.

The license agreement, with Legendary Entertainment and Herbert Properties LLC, allows Gale Force Nine to produce tabletop games covering the length and breadth of the Dune franchise, including the novels of Frank Herbert, Brian Herbert and Kevin J. Anderson, as well as the upcoming Dune movie directed by Denis Villeneuve.

The agreement allows GF9 to work with other game companies on various projects, across a number of categories. The first of these to be announced is with Modiphius Entertainment, who have a track record of working with licensed properties such as Star Trek, John Carter of Mars, Fallout and Kung Fu Panda. Modiphius will be developing a new Dune tabletop RPG, slated for release in 2020. This will be the first time Dune has appeared as an RPG since the Last Unicorn/Wizards of the Coast edition which appeared as a limited edition run in 2000.

The full range of tabletop games, including board and miniature games, are slated to hit the market just prior to Legendary’s theatrical release of Villeneuve’s Dune in 2020. 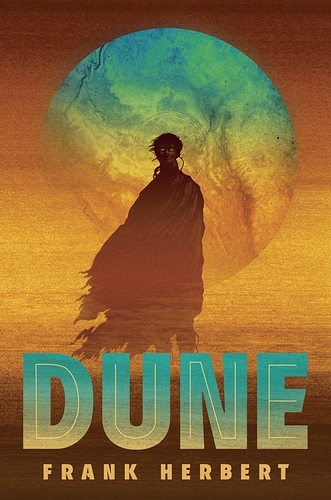 Frank Herbert’s Dune is having a major comeback with a new movie adaptation, a streaming series spinoff, multiple video games in development, and now a massive tabletop role-playing game project from Modiphius Entertainment.

The British developer and publisher excels at licensed tabletop games, including Fallout: Wasteland Warfare, Star Trek Adventures, and upcoming pen-and-paper RPGs based on the Dishonored and Homeworld franchises. Now it’s working with the Herbert estate and Legendary Pictures on Dune: Adventures in the Imperium .

The game will be based on Modiphius’ 2d20 system. According to details shared with Polygon, it will ask players to join one of the Major Houses of the Landsraad, such as House Atreides and House Harkonnen. Alternately, players can also create their own House within the Padishah Imperium.

“While the byzantine politics of the Great Houses contain more than enough potential adventure,” Modiphius said in an email, “the gameplay will cover all manner of agents, spies, mercenaries, and even criminals that serve the agenda of your House.”

The related licensing agreement was brokered by Genuine Entertainment, which is managing the master tabletop gaming license in partnership with Legendary and Gale Force Nine CEO John-Paul Brisigotti. GF9 recently released its own Dune tabletop game, a remake of [the 1979 strategy classic Frank Herbert’s Dune. Modiphius’ own line will begin rolling out this holiday season and throughout 2021. A beta test is kicking off soon, and interested players can head to the Modiphius website for more details.

The original novel was released in 1965, and deals with a complex interstellar conflict centered on the planet Arrakis, the only known source of Melange in the galaxy. Also called “spice,” the mystical and addictive substance gives humanity the power to travel among the stars. In the years since its publication, Dune has become a critically-acclaimed part of the science fiction canon. But, it has also been critiqued for its use of Arabic themes, its portrayal of colonialism, and the subjugation of indigenous people.

Modiphius has similarly cast a wide net when looking for its own talent. One notable team member is writer Khaldoun Khelil, an Arab-American of Palestinian descent with a background working in the oil industry, counterintelligence, and political consulting. He now works as an energy and security scholar, and has also been writing for the Vampire: The Masquerade franchise since 1999.

“I grew up with [the 1984 David Lynch version of Dune ] and I loved it. This led me to the original series of books and I fell in love with them as well and really saw the deeper lore of the story,” Khelil told Polygon in an email interview.

“In Dune , the Spice takes the place of oil and the Fremen represent the exploited population that sits upon that resource that has to be managed by the exploitative class and colonizers, as represented by the Great Houses that all have very European names and cultural markers in the original books,” he continued. “Herbert was also very concerned with the environment, and the his focus on water and the desert as a living place has a special place in my heart as I’m half Algerian and I have spent a lot of time in the Sahara desert with my family. Herbert was a great writer and these elements are not slapped in the readers’ face, but they are there and in some ways we see the story of Dune playing out today.”

Another notable member of the writing team is Chris Spivey. A military veteran and an African-American author, he’s best known for Harlem Unbound, a take on H.P. Lovecraft’s Cthulhu mythos set in 1920s New York. The pen-and-paper RPG was nominated for the Diana Jones Award in 2018 as well as multiple ENnie Awards.

“Whatever I’m writing, I always hope to make the material inclusive and accessible,” Spivey told Polygon in an email interview. “One of my writing challenges has always been finding a way to make history accessible and engaging to the reader; understanding history is important in real life and doubly so in Dune with the shifting political alliances, power struggles, and knowing the telltale signs of a Face Dancer that may save your life. The books themselves were very white-cis-male-focused. I wanted to attempt to expand that world, bringing different marginalized groups to the front. My goal was to show the history of humanity is vast and inclusive, and to explore the struggle as one where we must all work together to succeed.”

Modiphius was unable to say at this time if or how the movie will inform the game. Dune will be released in theaters on Dec. 17.