The Towers
Gloom Archipelago is one of the places you’ll visit in Kingdoms Forlorn. Once a prosperous and enlightened kingdom, it fell into decadence and later got swallowed up by the voracious sea. They say you can still reach the towering peaks of its marvelous towers by the Ferrymen’s Guild gondolas and that during certain times of the year the tides recede, uncovering the barnacle-covered streets and secrets long-drowned. All for the taking! 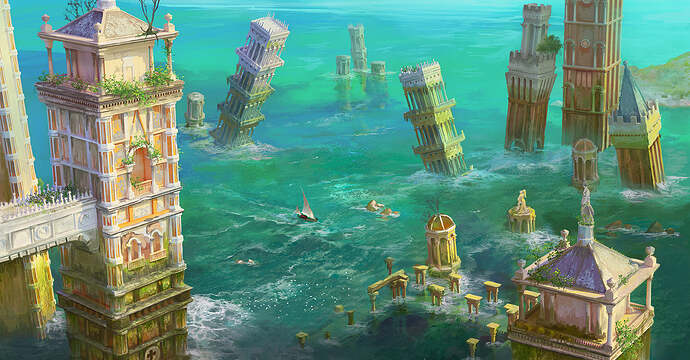 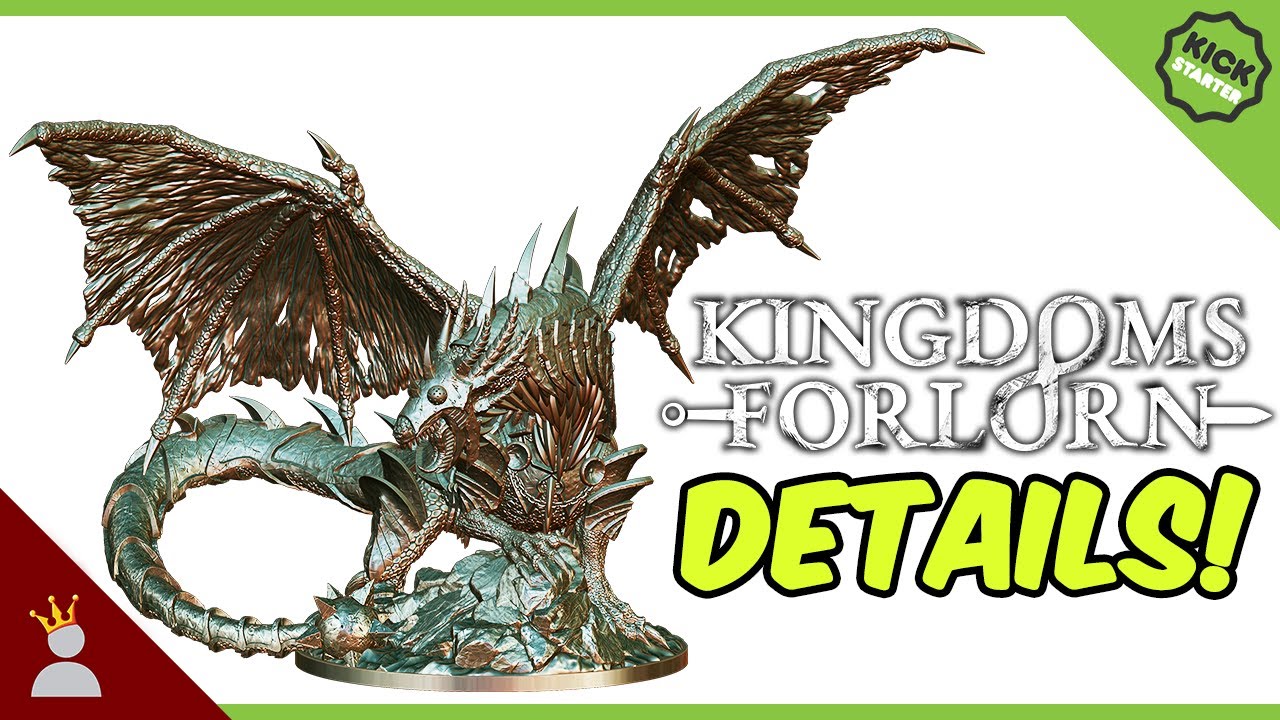 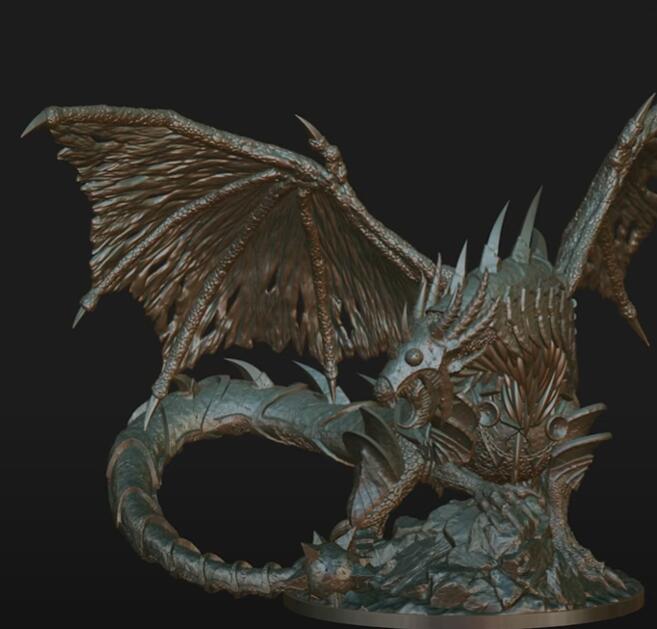 As an addendum of sorts, we’re postponing the Kingdoms Forlorn: Princesses&Princes Kickstarter campaign, which we wanted to launch by the end of June 2021. Though the KF project is mostly separate from ATO at this point and this particular campaign would deal with our resin casting branch, we feel it’s best to postpone the campaign a bit to send a clear message: our commitment to delivering ATO has never been stronger! 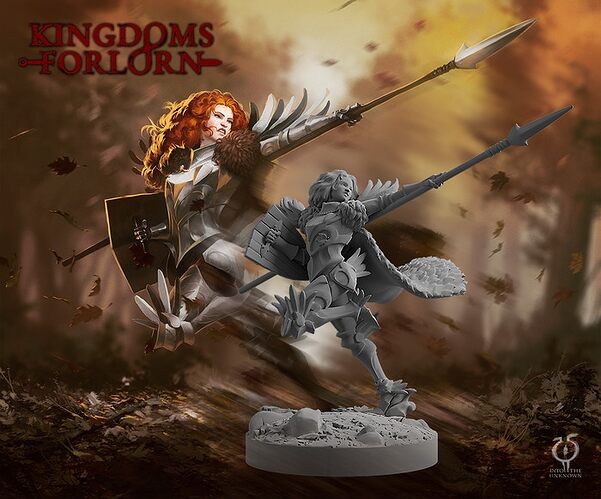 A little something from that other game we’re making

I know, you’re here for your science fantasy Greek kaiju battles, not for some medieval stuff, but consider this: these new miniatures showcase our evolving abilities, and, soon, new ways we’ll be incorporating miniatures into our gameplay (much like the VP points enhance the way you interact with your figures in ATO). Stay tuned!

We’ve also got at least 2 other projects in pre-production. These have been stewing for quite a while now, as both have been hinted at in 2019!

Kingdoms Forlorn is coming first. It’s a solo-operative dungeon delver for 1-4 players, based on our ICP engine, but geared for character progression, individual stories, procedural dungeon adventures with curated, narrative campaign goals and a robust endgame you can share with players outside of your normal play sessions. This loot and crafting driven game set in a dark fantasy medieval world will launch… soonish! I’ve said in the past that we won’t authorize a new campaign until AT:O is complete and we are sticking to that! You can expect Kingdoms Forlorn once the production files for ATO are locked in, the game is being printed and sent to all of you. Which is soonish 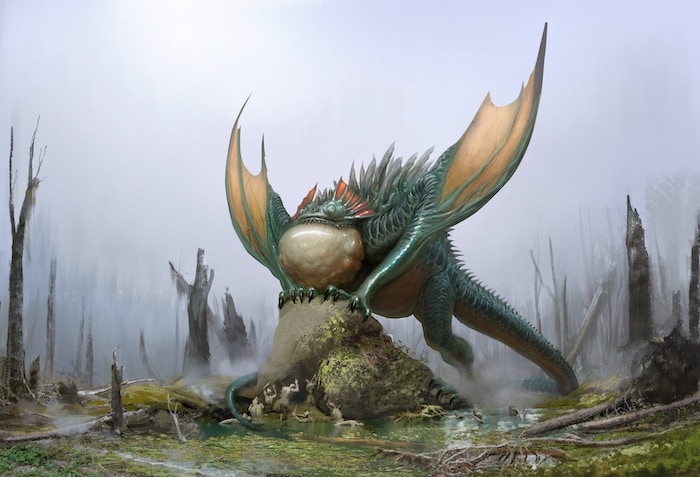 Toadragon is revered in the Sunken Kingdom 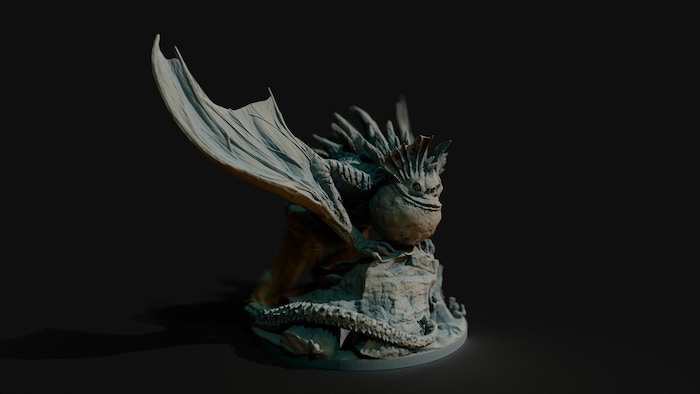 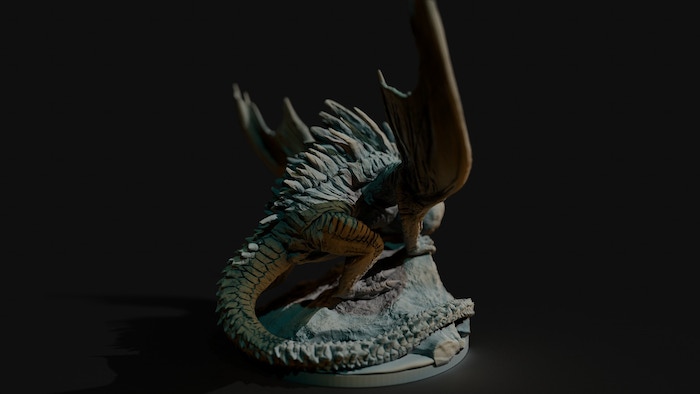 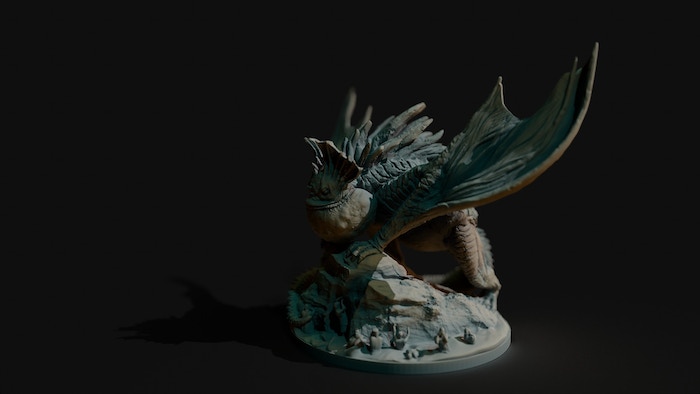 And then… then we’ll all have to reckon with our Sins. 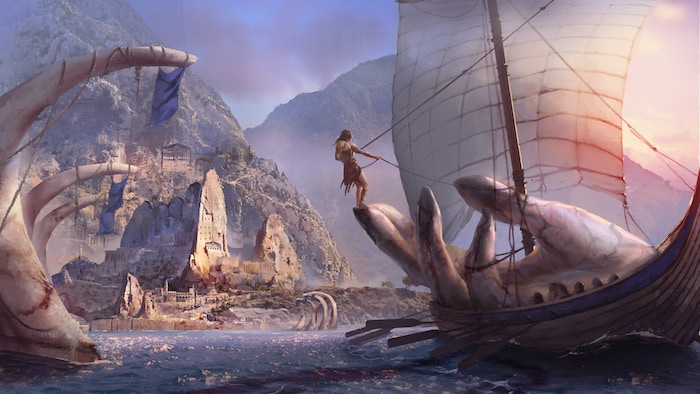 City at the Edge of the World (SoH)

Of Dragons, Devils and Kings…

Kingdoms Forlorn is a solo-operative dungeon delver for 1-4 players with a focus on loot, tactical battles, character building and storytelling. It’s something we’ve been working for more than 2 years now, since before our highly successful Kickstarter campaign for Aeon Trespass: Odyssey. As AT:O nears completion, we thought it high time to reintroduce Kingdoms Forlorn to the wider audience!

In the coming months, I’ll be slowly unveiling the magnificent beast that is Kingdoms Forlorn, and showcasing each and every major theme and concept, as well as highlighting the innovative mechanics we hope will reinvent the somewhat stale genre of ‘dungeon crawler board games’. And of course, along the way, I’ll give you a sneak peek at the exquisite art we’re using to illustrate it: from Monsters, Knights and Kingdoms to Gear, Maps, Saints, UI elements and the next generation of our miniatures! 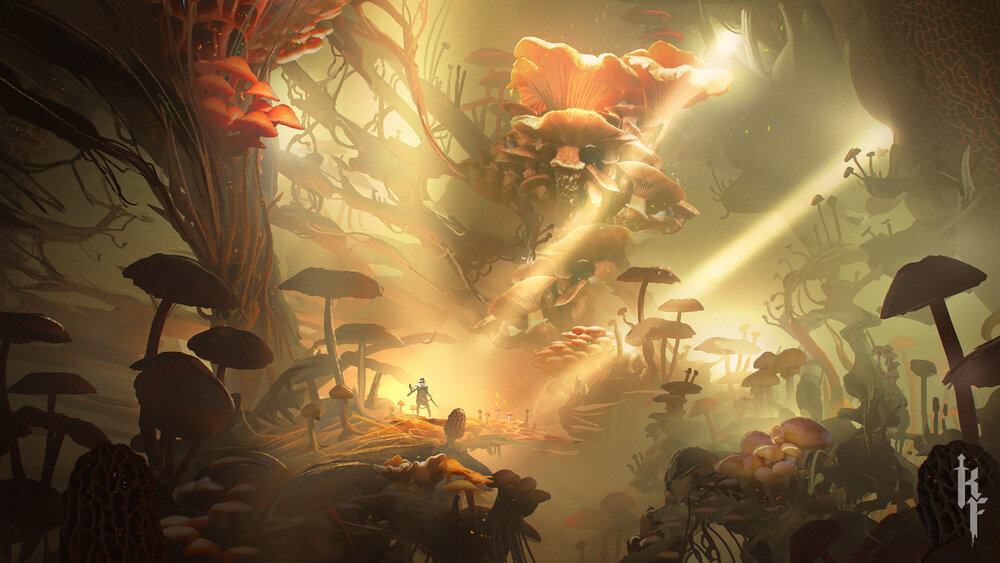 What is Kingdoms Forlorn?

So, that was a lot of words. But WHAT is Kingdoms Forlorn exactly? Well, glad you asked! Kingdoms Forlorn is our next, big adventure. Like ATO, it will be another high-end, big box saga boardgame that will offer hundreds of hours of gameplay. No expense has been spared during its development: hundreds of unique illustrations, highly-detailed large scale dynamic miniatures, premium components, unparalleled attention to lore, storytelling and mechanics design with a dedicated and ever expanding testing team that ensures our games are highly playable, streamlined (for big box games!) and balanced. Our continued in-depth support post-campaign and during the years after release rounds up the package!

Dragons. Devilry. Mad kings. Forgotten medieval kingdoms rediscovered, knights, noble and vile, and errant, venturing forth to seek power, treasure or redemption, and to carve their own legends in an ever evolving dark fantasy setting! 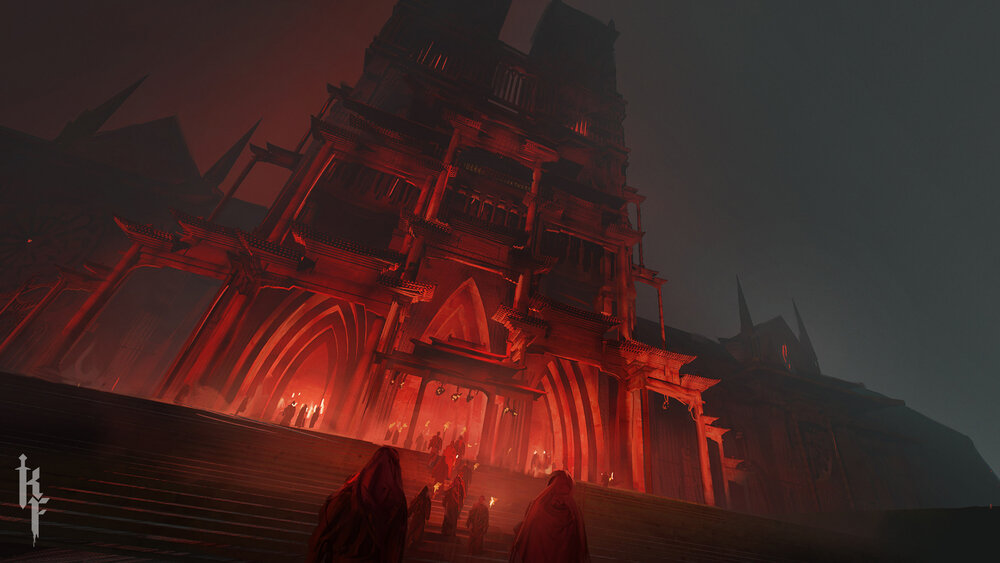 “Soloperative? Wasn’t Inverted Combat Paradigm enough of a buzzword for you guys?” I admit, I like making up new words… though I think it’s justified! While Aeon Trespass: Odyssey tells a story of a band of adventurers going on an epic journey to mend the Ancient Greek world, Kingdoms Forlorn focuses more on personal stories and shorter ‘delves’ into the titular kingdoms. That doesn’t mean there isn’t a larger narrative, quite the contrary, but it’s delivered in a more tailored, choose your pace way. The combat in the game will be handled by our heavily modified Tactical Battle systems which we’ve been perfecting for over half a decade now, focusing on epic boss fights AS WELL AS larger scale skirmishes with mob enemies and card play (though we’re still very much using dice!).

Some of our other proprietary designs, like Hard Co-op mechanics, which foster a deeper interaction between players, will make a welcome return, while others, including the main gameplay loop, will be completely new. You will explore forgotten kingdoms on procedurally generated maps with narrative goals and smart Tactical Traversal, fight battles with giant monsters or bands of minions, loot, craft, duel and, possibly, earn renown and fulfill your Heart’s Desire! 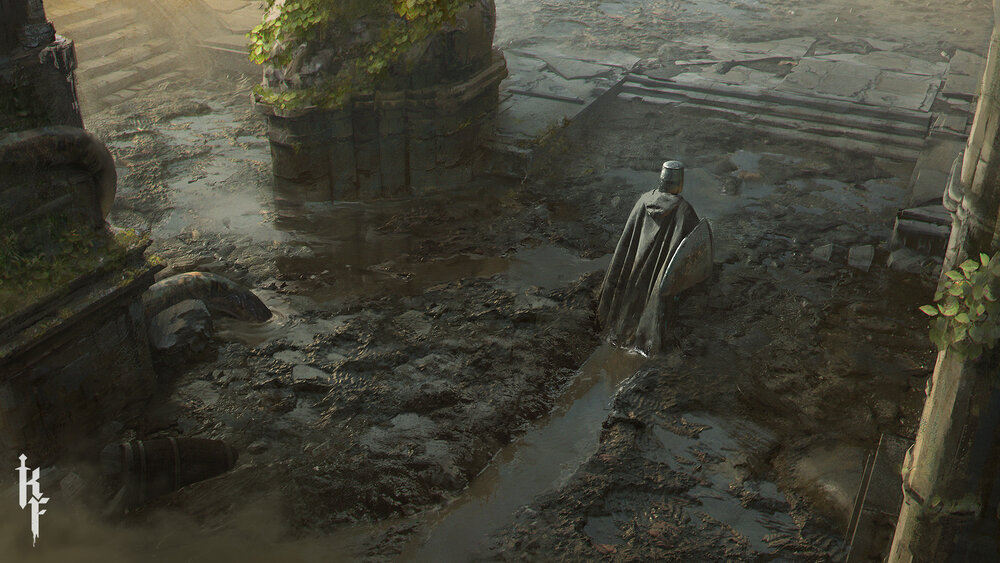 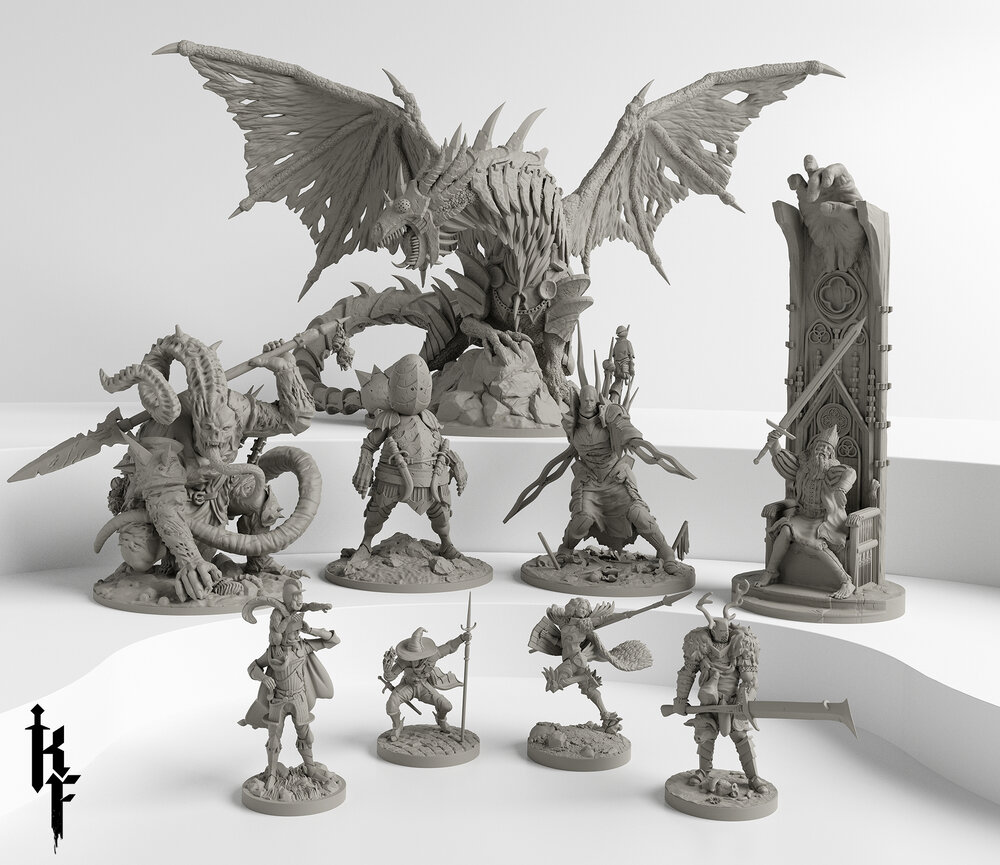 World of Kingdoms Forlorn: A Taste

We’re known for our attention to worldbuilding and weaving stories and game mechanics closely together and the world of Kingdoms Forlorn will be no different. Let me set up the scene:

Once the known world was ruled by the Grand Kingdoms. Alas its Kings failed to listen to the Good Church and follow its Commandments and when the Pope warned about the coming cataclysm and devilry, his words fell on death years.

And then the curses came and with them the Deep Fog and soon the Grand Kingdoms became inaccessible, forsaken and then forgotten, a giant white spot on the world map. Years passed, the Border Duchies, no longer curtailed by their powerful neighbors, came into their own. Noble lines flourished, knight orders were established, the Church arose anew.

And then the Fog began to disperse… 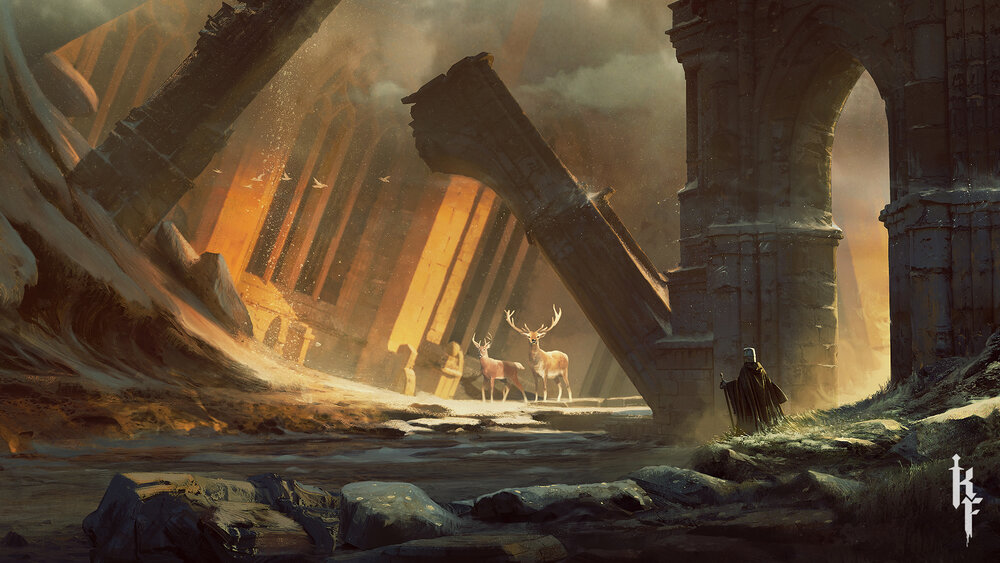 That’s it for today! If you like dark medieval fantasy, Dark Souls, Diablo or Game of Thrones (excluding the last seasons of the TV show :P), this will be a game for you. We can’t wait to share more details. If you want to stay informed, about Kingdoms Forlorn, please consider liking/subscribing to our fb page!

his words fell on death years.