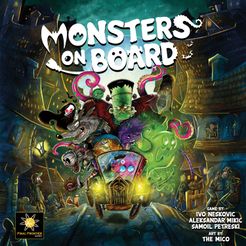 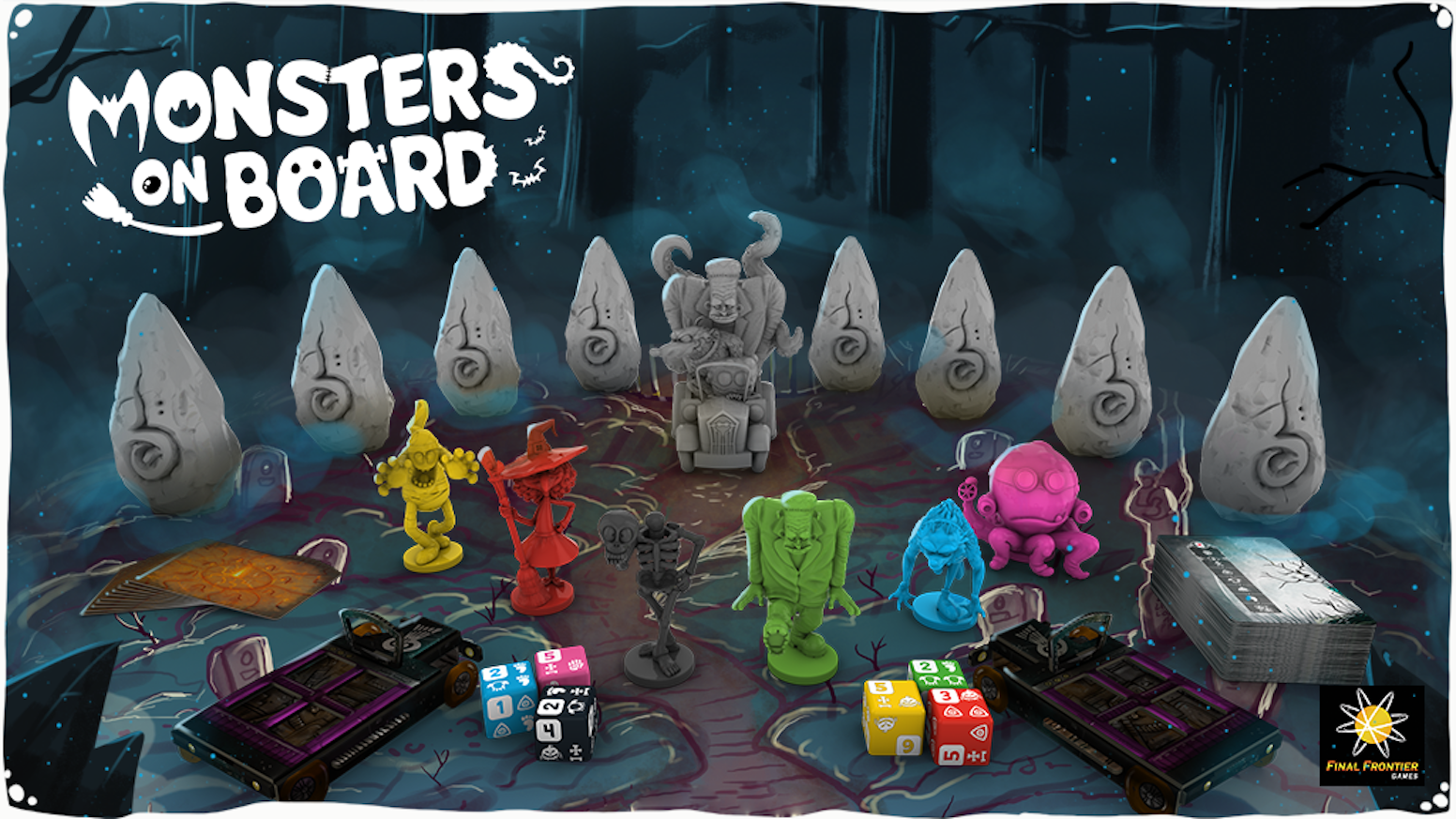 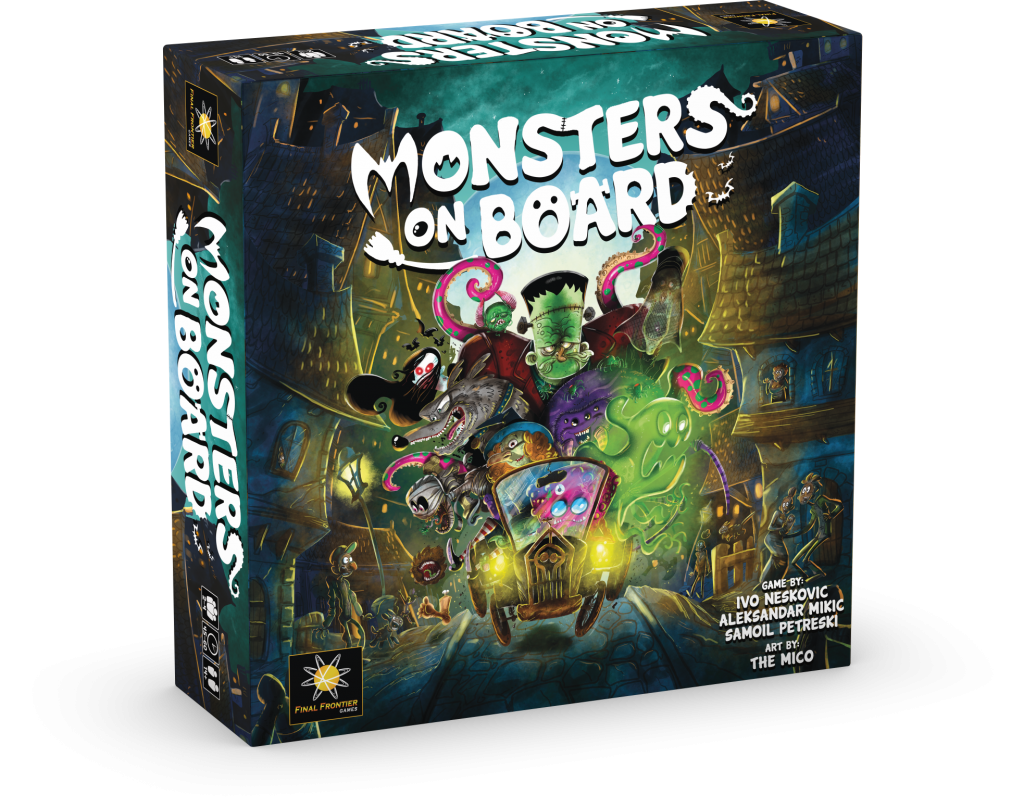 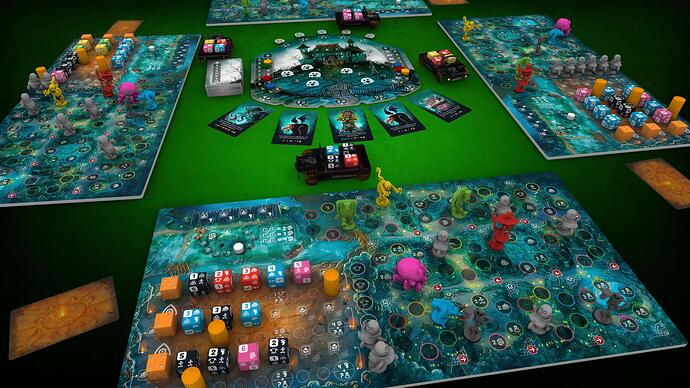 It’s close to midnight…one week before the Blue Moon Monster Mixer at Spook Manor. To throw a proper monster mash, you only need one thing—Spook Juice—and you’re gonna need an awful lot of it for these party animals. Spook Juice is a powerful spirit distilled from human fear, and the main ingredient in every popular monster drink. The bad news is that you’re completely out of it. The good news is that the nearby town, Startleton, is a great place to scare some up.

You need to send your Monster disciples to scare up some of that sweet Spook Juice. So dust off your Fearmobiles and get your scariest Monsters on Board!

Monsters on Board is a dice-drafting game that takes place over six rounds. Each round, players will draft Monster Lords (dice) arriving from out of town in Fearmobiles, trying to fulfill their Prophecy cards.

After each player drafts four Monsters, they will send them to the Order of Spider Jack. Monsters sent here will give players actions, as well as Spook Juice when Spider Jack is summoned. The higher the die’s number, the scarier the Monster, which means the more Spook Juice they will scare up for you. However, scarier Monsters have fewer and less powerful actions, while less frightening Monsters have more powerful actions (they try harder)— so choose wisely!

Drafted Monsters also move their matching colored Grunt (Monster miniature) through the Town of Startleton, scaring the townspeople with the help of their little Minions (miniatures). In doing so, Grunts will award players bonus actions. If the Grunts terrorize the town well enough, they will grant bonus Spook Juice during final scoring.

Additionally, players will draft Arch Monsters and Ghosts that will help them achieve their goals.

During final scoring, players will gain additional Spook Juice based on how well they completed their Prophecy cards, scared the Town, and appeased the Arch Monsters. The player with the most Spook Juice wins!