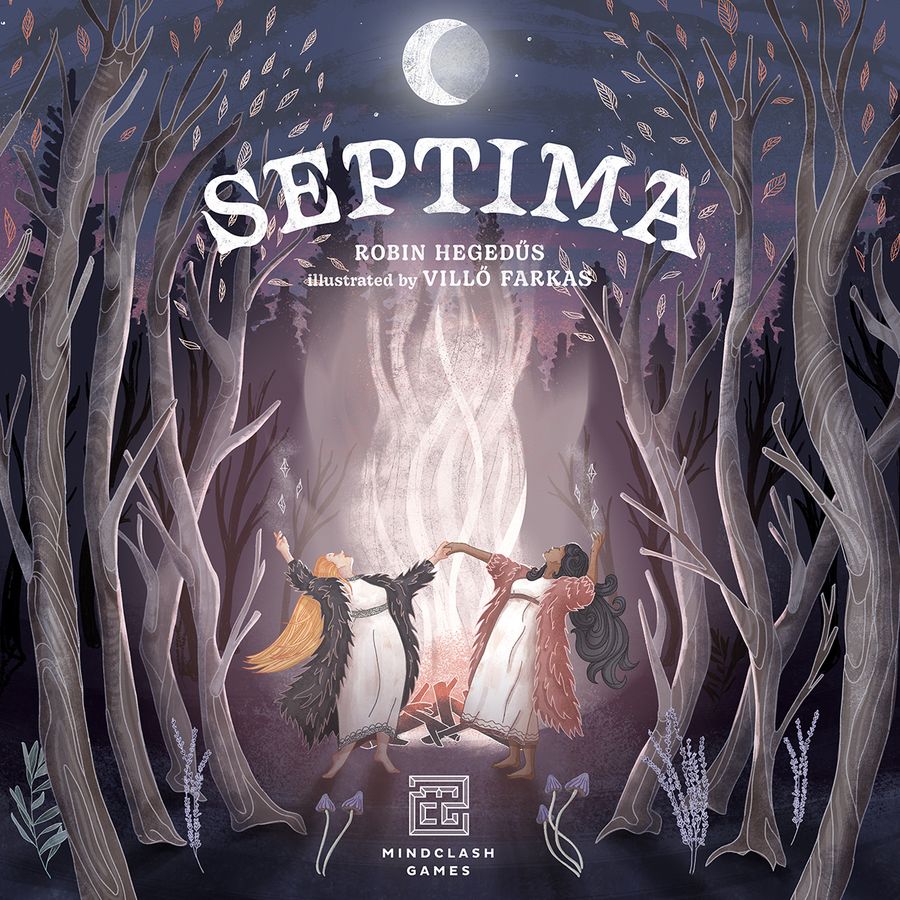 Gather your witch coven, enthrall the townsfolk, and rise to power as the new Septima in the most accessible Mindclash game yet. 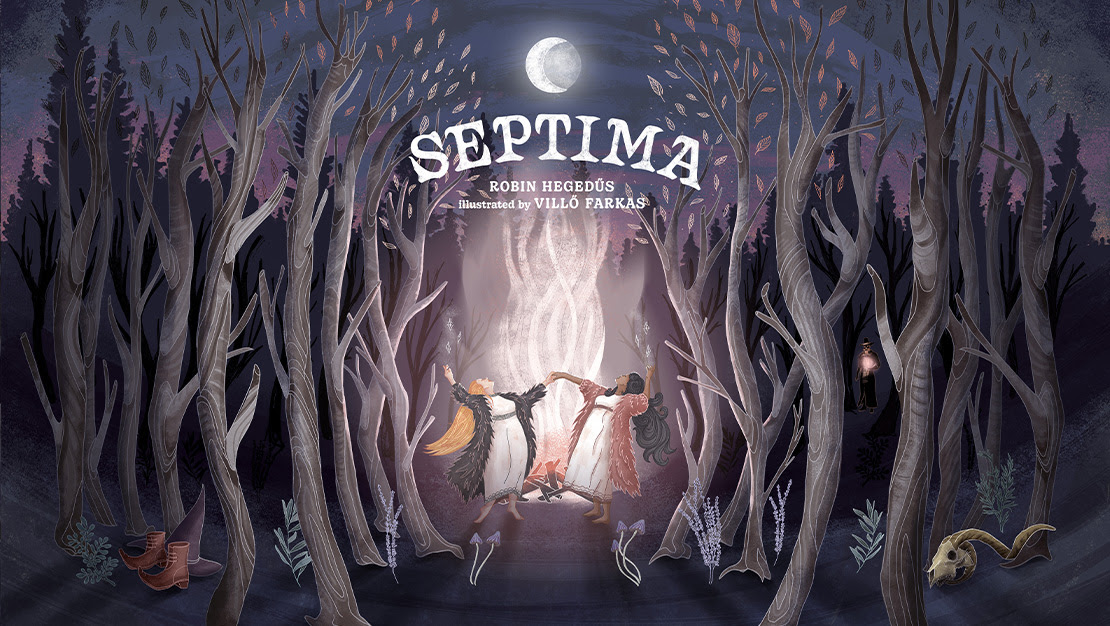 Only in a few corners of the world is the memory of magic still alive, even though a few centuries ago its healing power permeated everything. Witches, its last remaining practitioners, have always been outcasts, and could only help human society in strict secrecy. The leader of their people, the Septima, has always been the wisest, most knowledgeable witch. Now, as her time is coming to an end, witches from all over the world gather at Walpurgis to leave their mark on the divided town, and prove to the Septima that they are her worthy successor.

We are proud and excited to reveal our newest upcoming game, with the former working title ‹ Seven ›: Septima!

Septima is a competitive, highly interactive strategy game of witchcraft for 1-4 players. As the leader of your coven, you must prove your worth in the town of Walpurgis to become the successor of Septima, the High Witch. Practice your craft and gain Wisdom by collecting herbs, brewing potions, healing and swaying the townsfolk, mastering charms and rescuing your fellow brothers and sisters from the Trials. But beware: magic, even if used for good, invokes suspicion in the townsfolk… Septima’s central mechanism revolves around the simultaneous, secret selection of one of nine Action cards each turn: Move, Collect, Brew, Heal, Recruit, Plea, Chant, Rite, and Remember. Each Action gets a powerful bonus if it is chosen by multiple players, but performing them together also raises suspicion in the townsfolk and attracts the attention of the Witch Hunters. Decisions of when to do a shared action (and who to do it with) adds a fresh, semi-cooperative touch to a competitive game, and lots of player interaction. 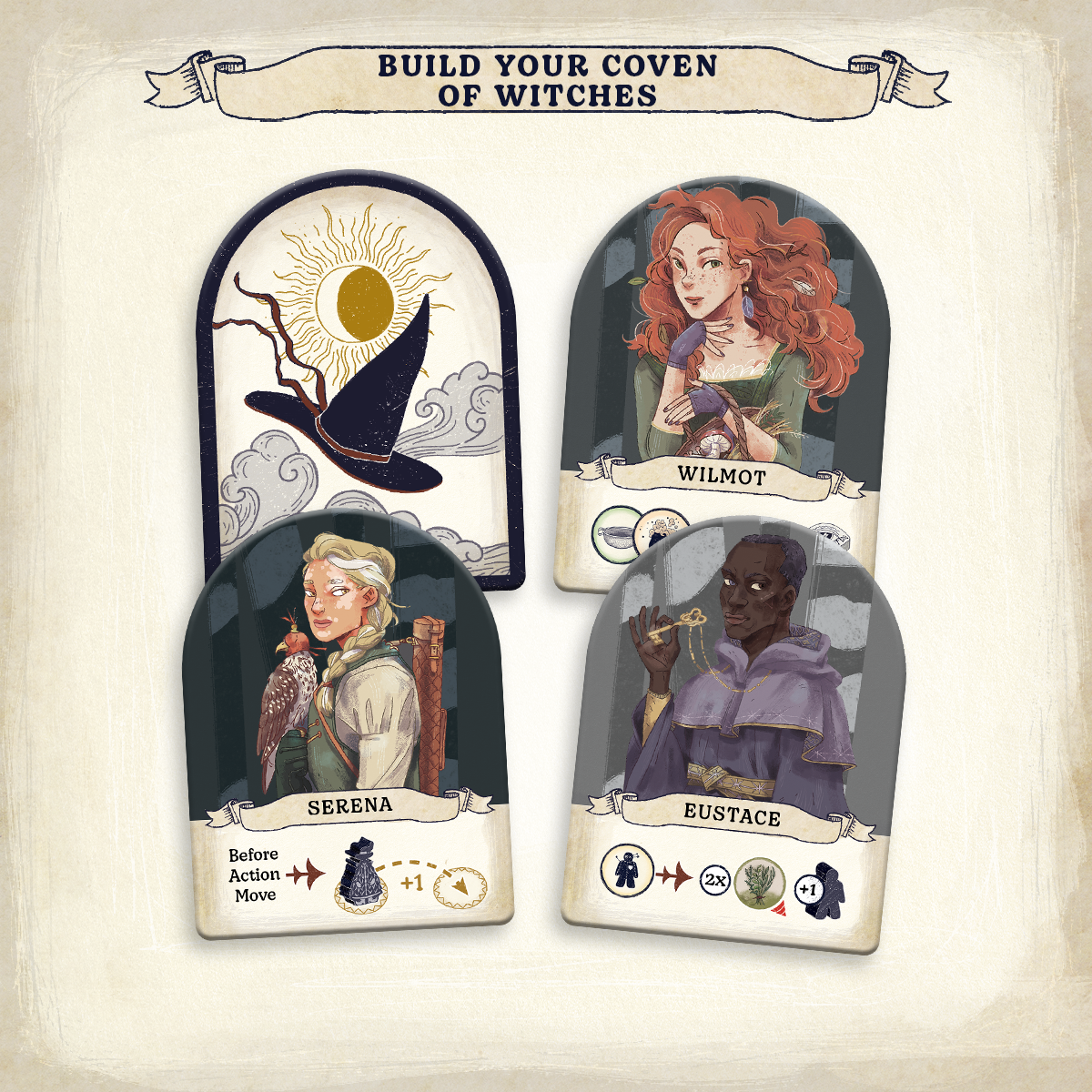 Rescue witches to build your Coven

Heal, enthrall, or convince the townsfolk and amass enough support to sway the periodic Witch Trials in your favor. If the hostile witnesses are outvoted, the convicted witch is absolved and joins the coven that rescued them. You start small but you can grow your coven to up to four witches this way, with a diverse set of personalities, backgrounds and special abilities to help your cause. Reckless Witches caught by Witch Hunters are also put to trial, so with enough support from the townsfolk, even witches from other, less careful players’ coven can end up in yours. Septima was designed, developed and illustrated entirely in-house with a clear goal: to be our most accessible game yet, while retaining the deep and innovative gameplay that we pride ourselves on. It has the Mindclash feel through and through, but it is very quick to learn and plays under two hours even at maximum player count.

As much as we love lavish productions with miniatures, we have decided to take a « back to our roots » approach with Septima’s look and feel. Its beautiful hand-drawn artwork is created by Villő Farkas, the artist of Trickerion (in fact, many of the people behind Trickerion worked on Septima too), and the game’s world and theme-inspired mechanisms lend themselves much better to silkscreened wooden components than miniatures.

Septima is designed by Robin Hegedűs who has been working with us as a developer since 2019, and the solo mode is delivered by Dávid Turczi.

The world of Septima is one of magic, peril and mystery. We cannot wait to explore it with you!

Septima is coming to Kickstarter this Summer. Visit BoardGameGeek and subscribe to Septima to be notified as we share new images, gameplay information and news in the coming weeks, and launch our designer diary!