Dropfleet Commander is planetary invasion wargame designed and produced by Hawk Wargames. Players command destructive fleets of void capable ships and battle for control of planets, fighting for the future of mankind itself!

You will take command of orbital battle fleets vying for control of the Cradle Worlds; Humanity’s home planets for hundreds of years, now under the tyrannical control of the parasitic Scourge race.

The Dropfleet Commander 2 Player Starter set includes two fleets of ships: The brave United Colonies of Mankind, fighting to retake humanity’s lost worlds, and the insidious Scourge, parasitic oppressors who will stop at nothing to enslave and subjugate all the human race holds dear. 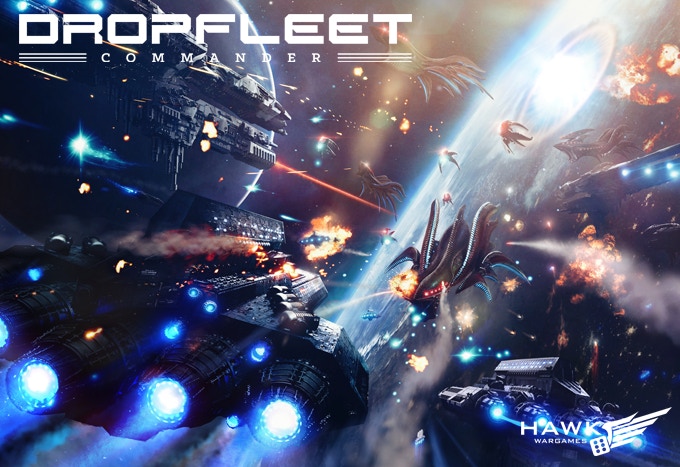 Cover Art, by Patrice Rameau
Principal designers Andy Chambers (Battlefleet Gothic, Warhammer 40,000) and David J Lewis (Dropzone Commander) bring you a galaxy of ship-to-ship combat, tactical gameplay, and rich, exciting background from the world of Dropzone Commander.
We are running this Kickstarter in order to help fund the high cost of moulds for plastic miniatures, which will allow us to put our Starter Fleets into production in full plastic from launch.

Since we are almost ready to release the game, we are looking to dispatch to backers as soon as we are able; barring any major problems we are planning to deliver in June 2016. We are also committed to fulfilling our pledges before any Dropfleet Commander products are on sale – our backers will receive their rewards before anyone else.

The 2 player starter box gives you everything you’ll need to start playing Dropfleet Commander:
MODELS
14 highly detailed plastic ship miniatures, including: 6 Cruisers, 4 Frigates and 4 Strike Carriers (UCM and Scourge) each with multiple possible ship variations, and including new integrated-dial bases. A construction guide for each variant will also be included. 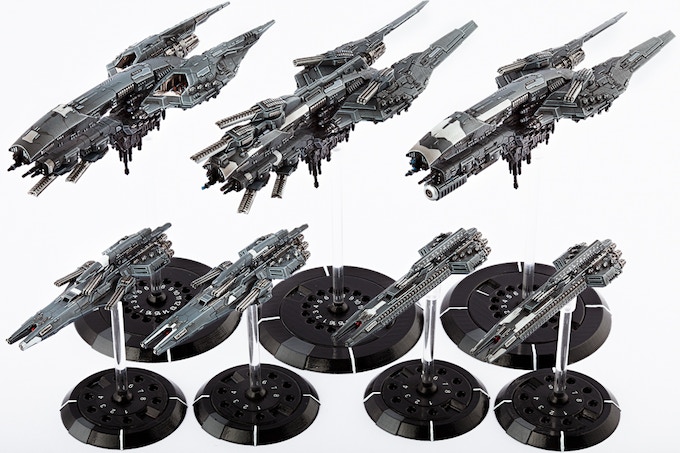 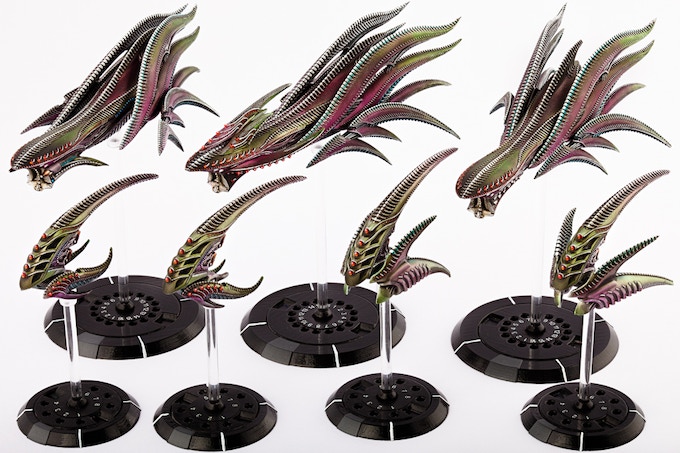 Scourge Starter Fleet Models
RULES
A full sized (A4 Landscape) Rulebook, with complete rules for the four starting factions, background on the game universe and painted miniatures gallery. There will also be fast play sheets for UCM and Scourge and a quick start guide in this set. 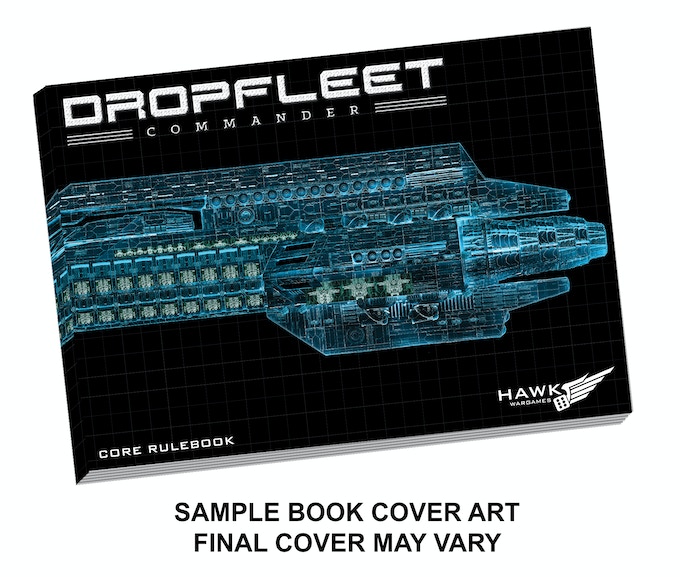 A full colour 4ft x 3ft (approx.) starter gaming mat. Dropfleet is an Orbital Combat Game designed to be played above the surface of a planet. This results in gaming tables unlike any other spaceship game! 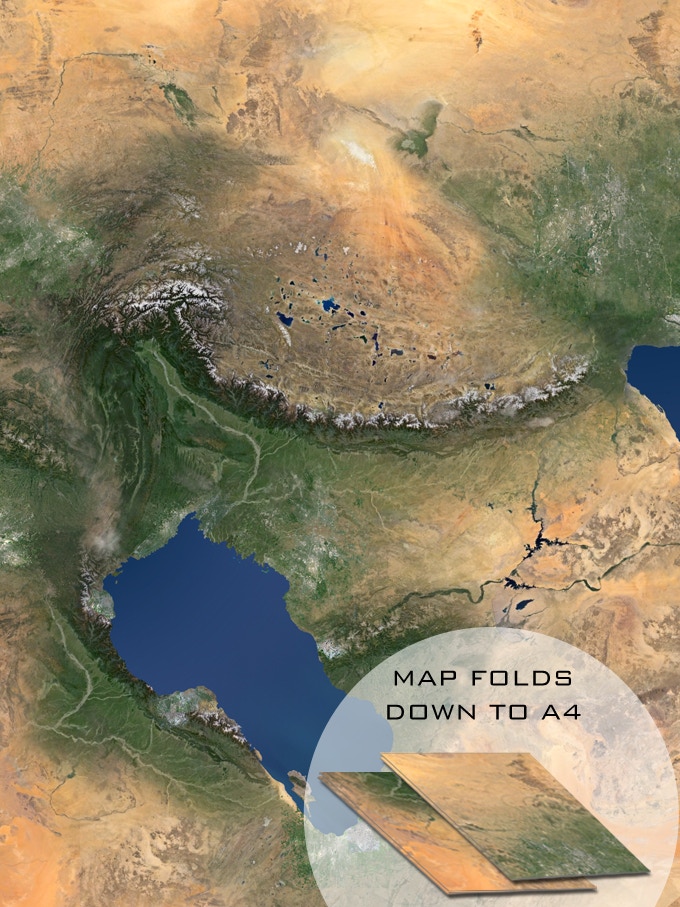 Dice and a tape measure 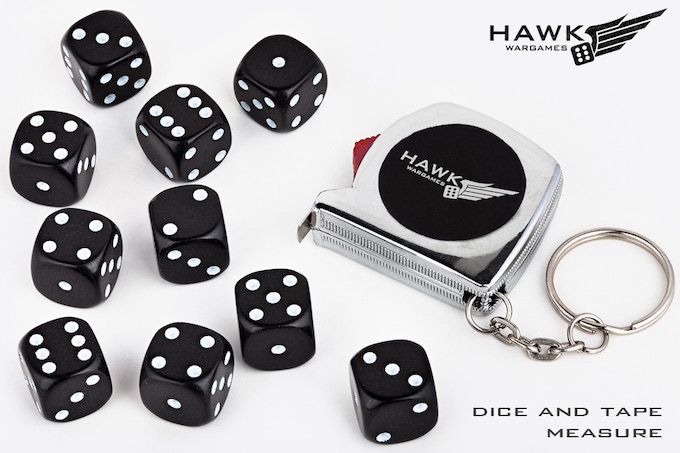 Either Choose the pledge level that you want and click on it (to the right), Or click ‘Back This Project’ at the top of your screen and enter the amount you want to pledge. (You can change this before the Kickstarter ends). We send you out a survey once the campaign has concluded, confirming your details and which Bolt-ons you would like.

You won’t pay anything until the campaign has concluded. If we hit our initial target, we will be adding stretch goals for backers. These will allow backers to add new Bolt-Ons to their pledges as well as open up new exclusives and some free rewards. 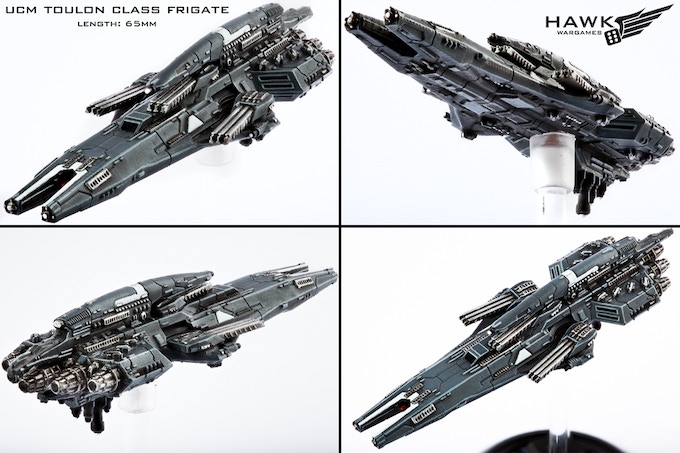