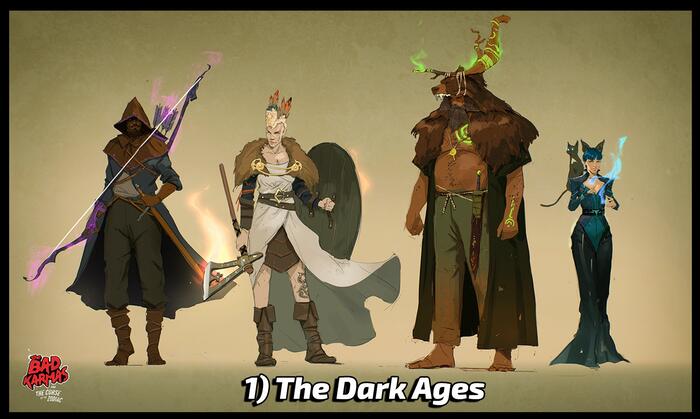 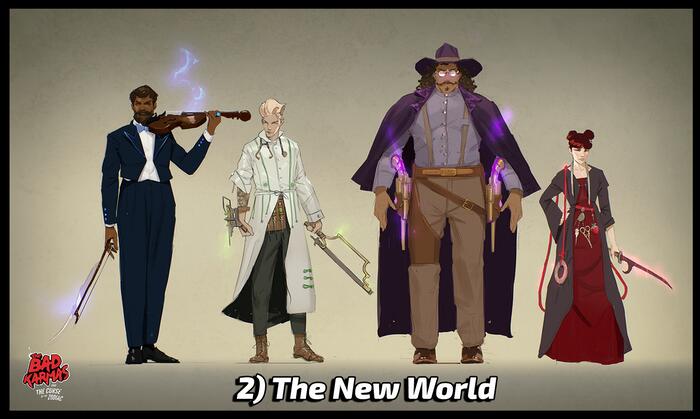 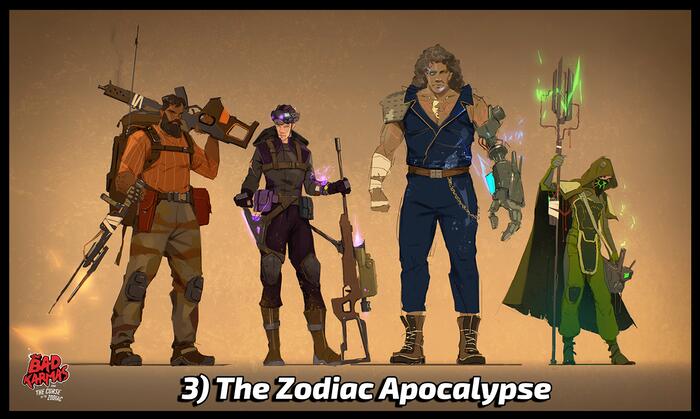 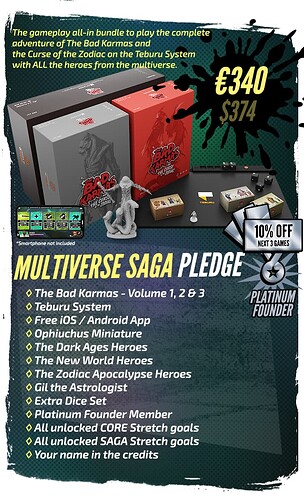 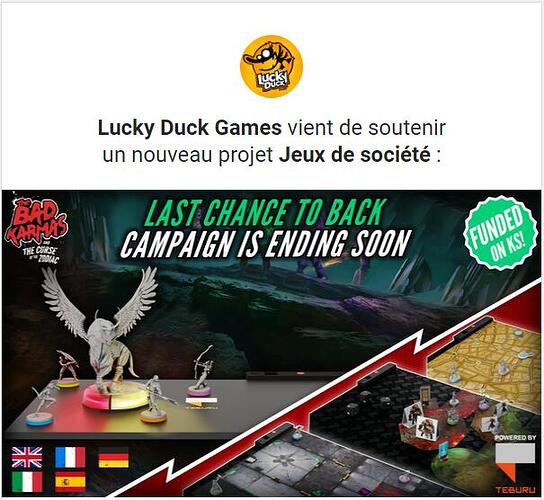 Sorry for the late update but we’ve been busy with our trip to GenCon and then we took a brief break for Ferragosto. Outside Italy is very little known but here everybody celebrates Ferragosto on the 15th of August. Everything is closed, nobody works and people enjoy the outdoors by doing picnics, barbecues, going to the beaches, and so on.

But you’re not here to learn about Italian holidays so let’s talk about GenCon!

There and Back Again

As announced in previous updates, we went to GenCon in Indianapolis (US). It was the first time there after 2019, after Covid, and the excitement was palpable. The four days of convention were amazing, at our booth we had two tables where visitors could try Teburu and play The Bad Karmas, fighting against Aries. Many people came, played and had a lot of fun with the game. Probably you’ve already heard this too many times but we can’t stress enough how important it is and how good it feels to see people playing and enjoying the game you worked on for years. Last but not least, we met many of you backers. Some just passed by to say hi, some came to finally try the game first hand. Either way, meeting you in person was one of the highlights of the show for us. Thanks again for your continuous support.

Here are some pics from Indy: 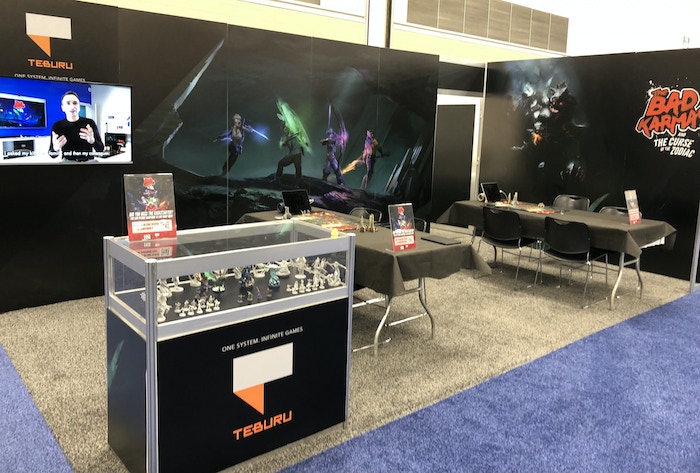 The quiet before the storm. 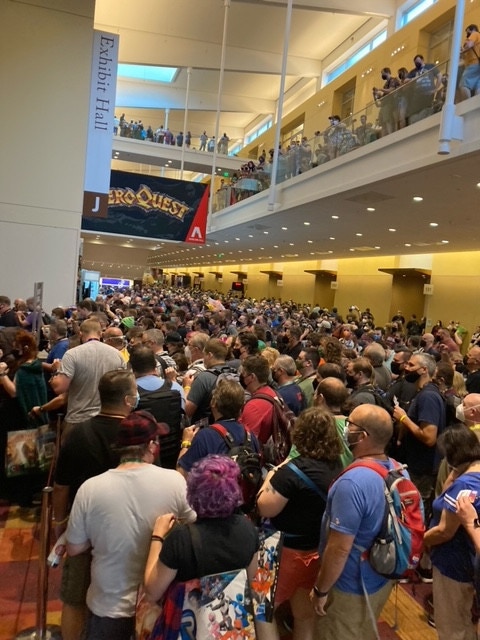 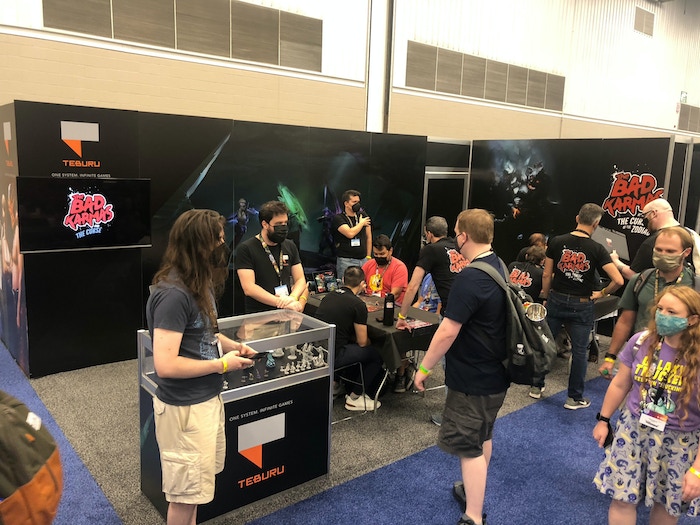 People at the booth. 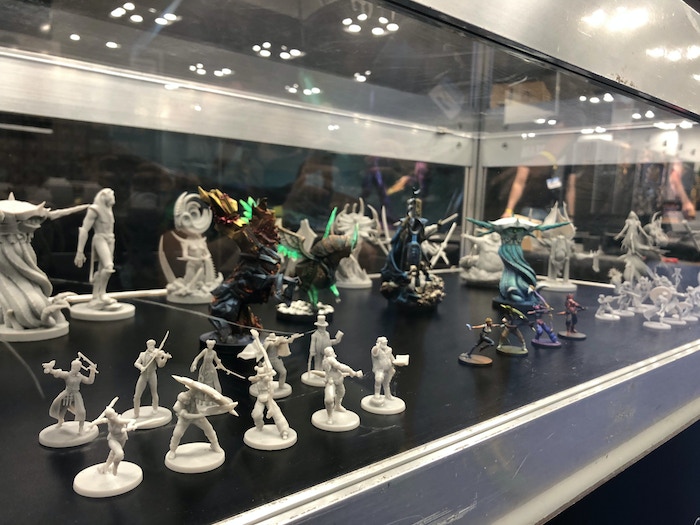 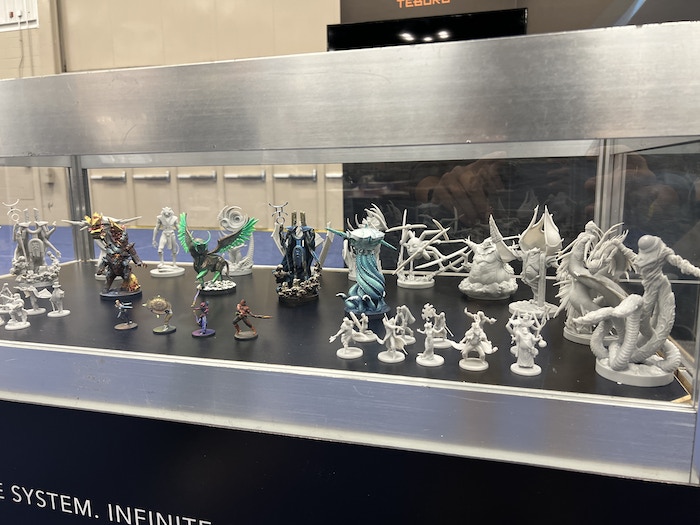 For the first time we showed the full roster of miniatures for TBK (add-ons included). 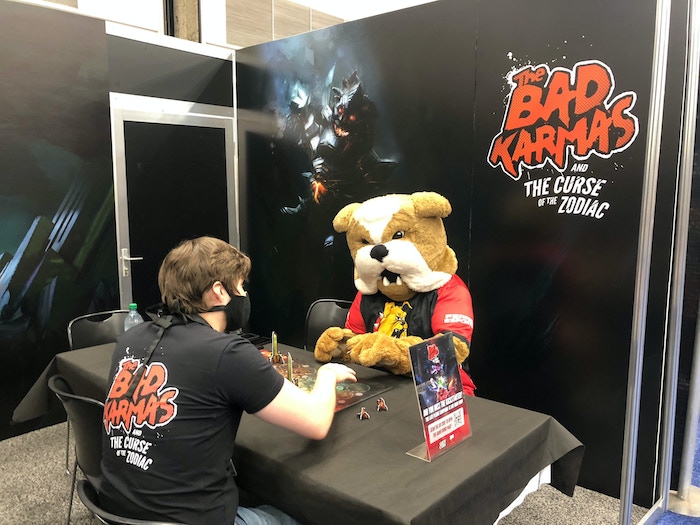 On the hardware side, we’re finalizing the look and feel of the plastics for the hardware components. The latest iteration of the Led Base has a more polished and proportioned shape and features a mark to clearly indicate the front side of the Zodiacs. This is not the final design yet but it’s very close to it. 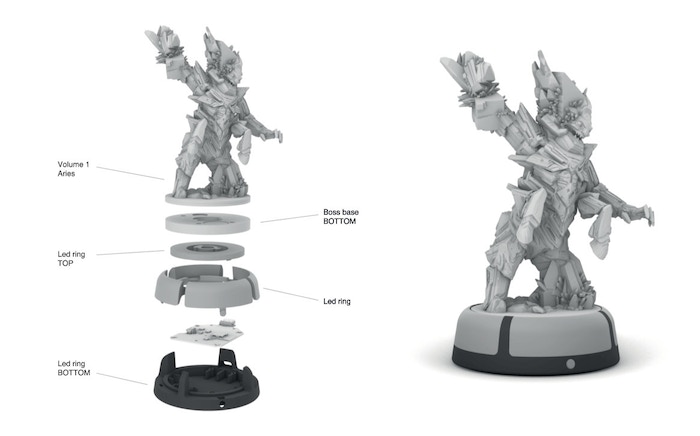 We also got the schematics for the new Teburu Core. As you may remember, during the campaign we declared that the final version of the board could accommodate up to five dice to be recharged at the same time.

Here’s a first render of it. 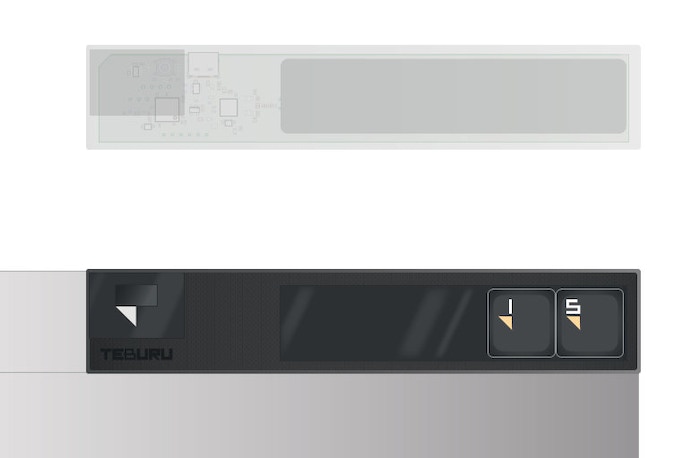 This month the design team reached an important milestone by finalizing and closing the design of all the additional and alternative game modes for TBK. With this task done, the designers will be able to focus on tuning and balancing the game, polishing every single Zodiac scenario so that each one of them is as entertaining, intense and surprising as possible.

In the meanwhile, the developers are completing the implementation of all the remaining features into the app. This means that in a few weeks the app itself will be features complete and it will be just a matter of adding the missing artworks, texts, voices and sounds.

The art department is relentlessly working as usual. This month the focus was on the visual representation of all the alternative heroes unlocked during the campaign. Here are some samples. 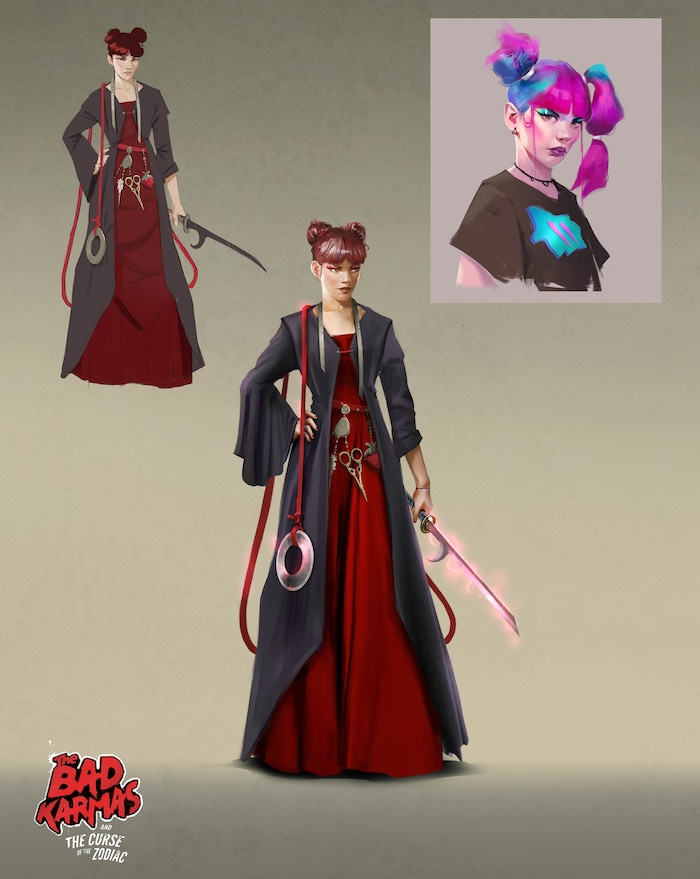 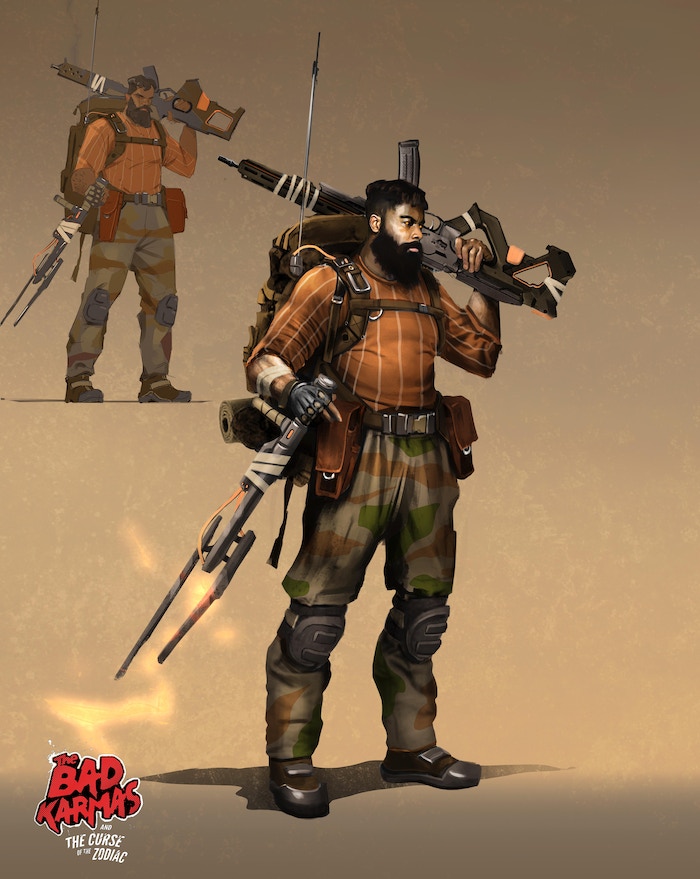 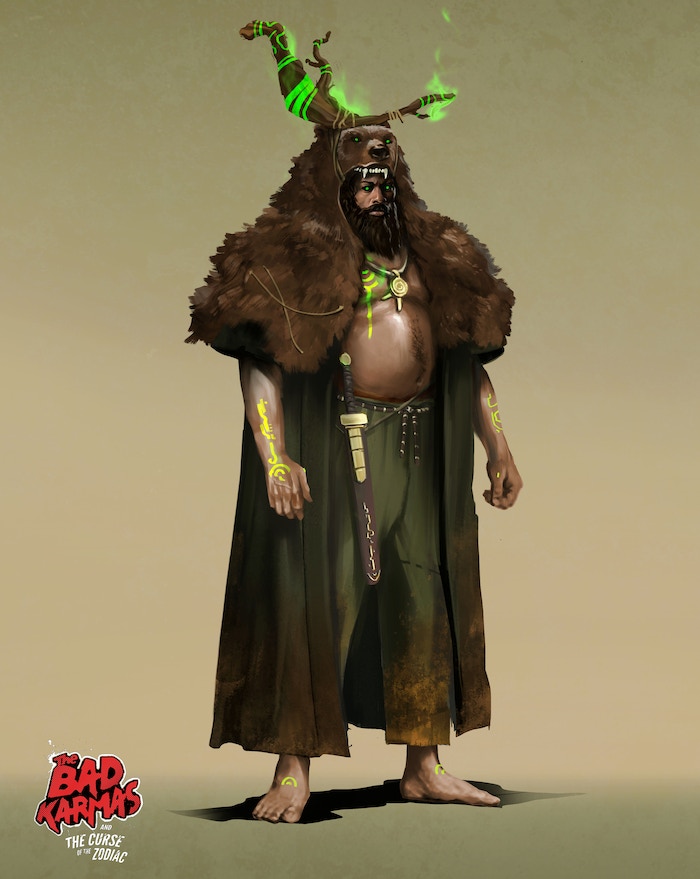 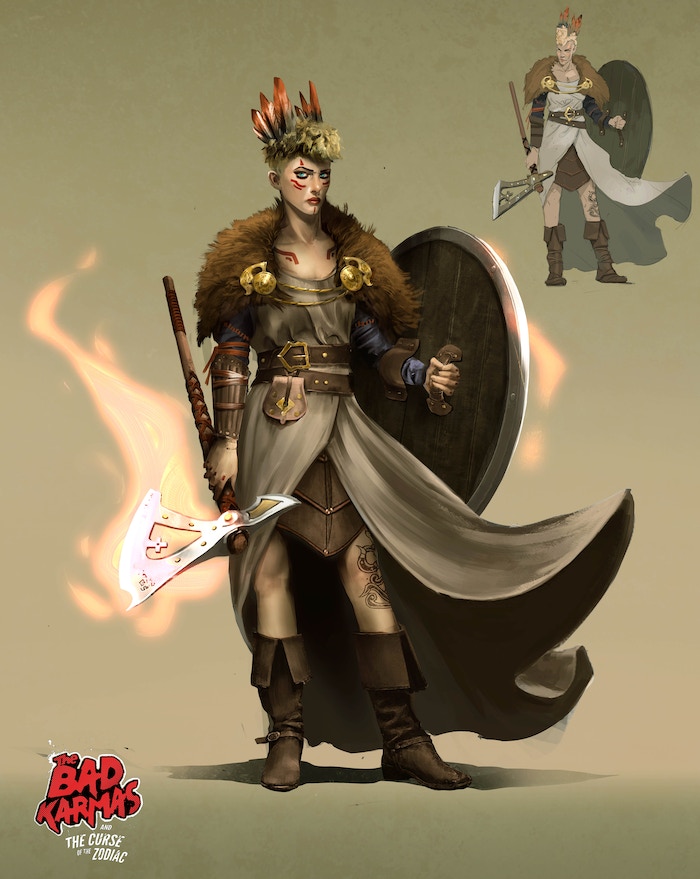 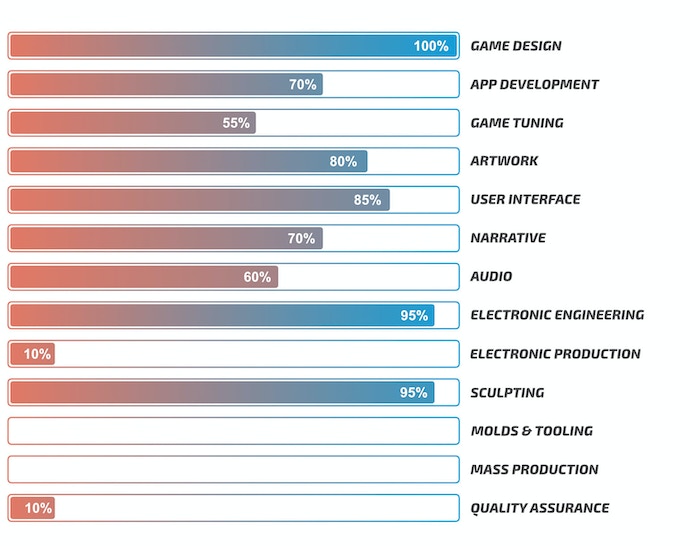 We’ve taken some time to recover from our travels and are happy to share some new updates!

As announced in previous updates, we returned to Spiel in Essen, Germany for a wonderful show! It was a very busy 4 days as both of our demo tables were filled nearly the entire show. We actually had to create additional unofficial time slots just to allow as many people to try The Bad Karmas as possible! Aries certainly had his work cut out for him facing so many heroes, but he managed to prove a challenge for several groups throughout the weekend.

We were also able to meet many of you wonderful backers! Some passed by just to say hi, while others signed up to face Aries to see how things had changed in the last year since Spiel ‘21. We even got to welcome many new Late Pledges! Whether they had just learned about the project or had been following for some time, it was great to see their excitement and commitment to back the Late Pledge after just one battle with Aries!

Lastly, we were able to hold a few meetings with other publishers and brands to further develop our partnerships and discuss the future of Teburu… hopefully we’ll have more news to share soon!

Thank you all again for your continuous support. Here are some pics from Essen Spiel: 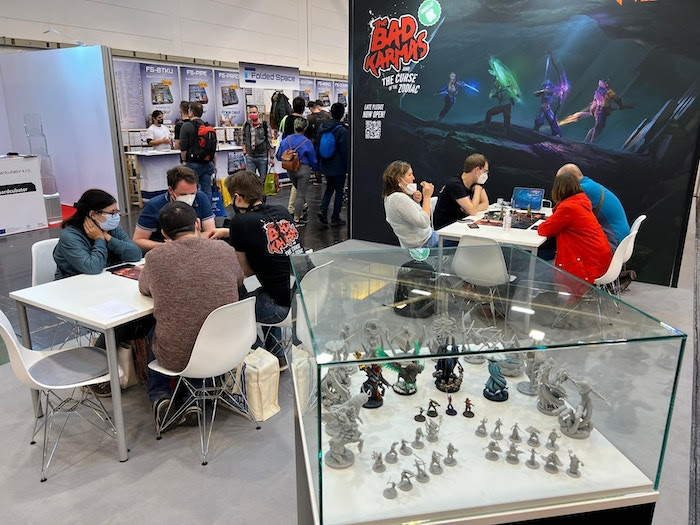 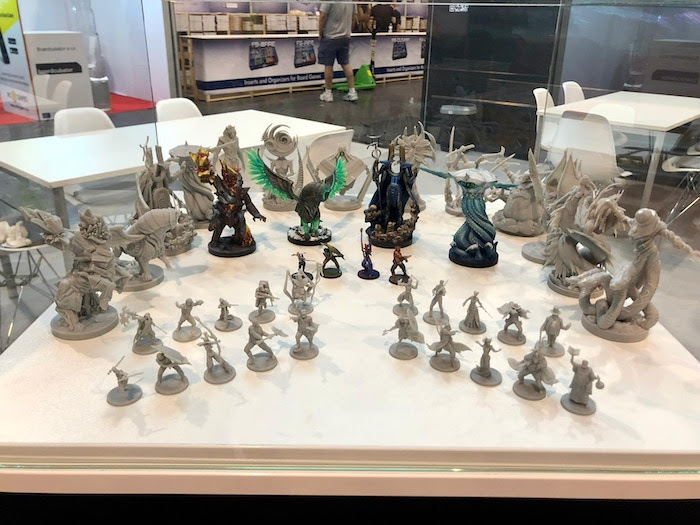 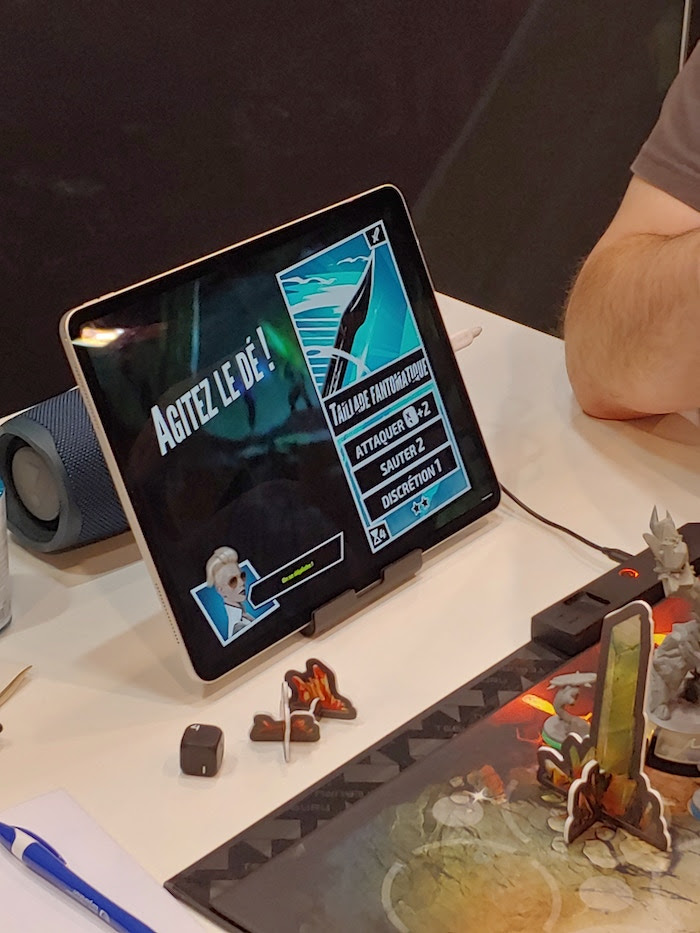 Attendees were able to experience the demo in English, German, French, Italian, and Spanish! 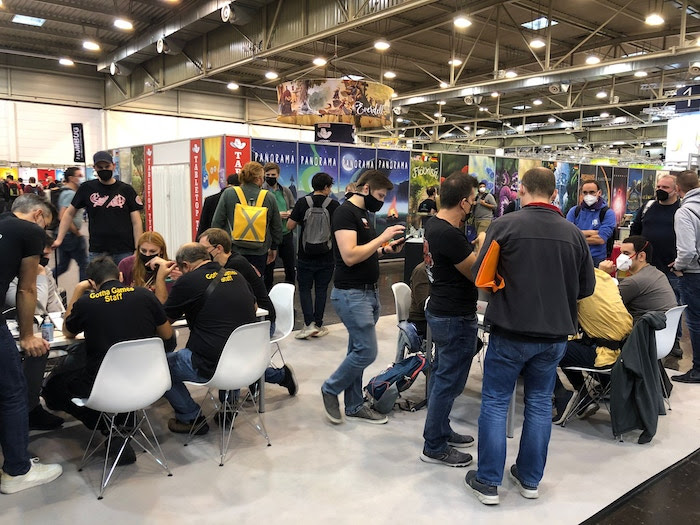 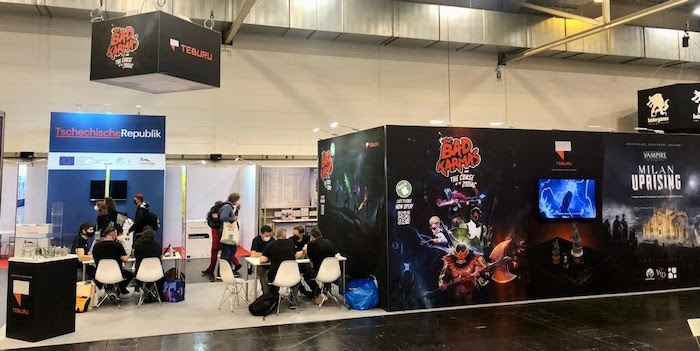 The full length of the booth.

As you may have noticed in the above pictures, we began teasing our next game at our booth, Vampire the Masquerade: Milan Uprising! This drew the attention of not only our backers and fans of the World of Darkness, but we noticed some media interest as well! We’ll be sharing more information about the game and crowdfunding campaign in the coming months, but for now, here is a closer look at the booth artwork: 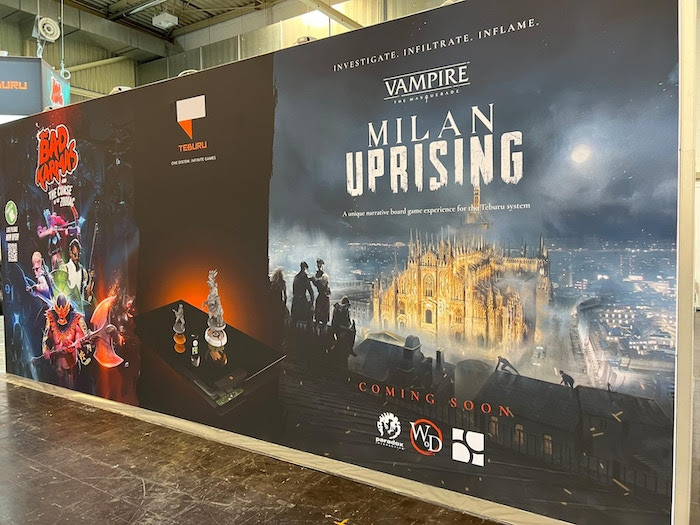 We continue to move forward to mass production, and this month we have received another batch of red wax samples from the manufacturer! With these samples we continue to move closer to finalizing the molds for the miniatures: 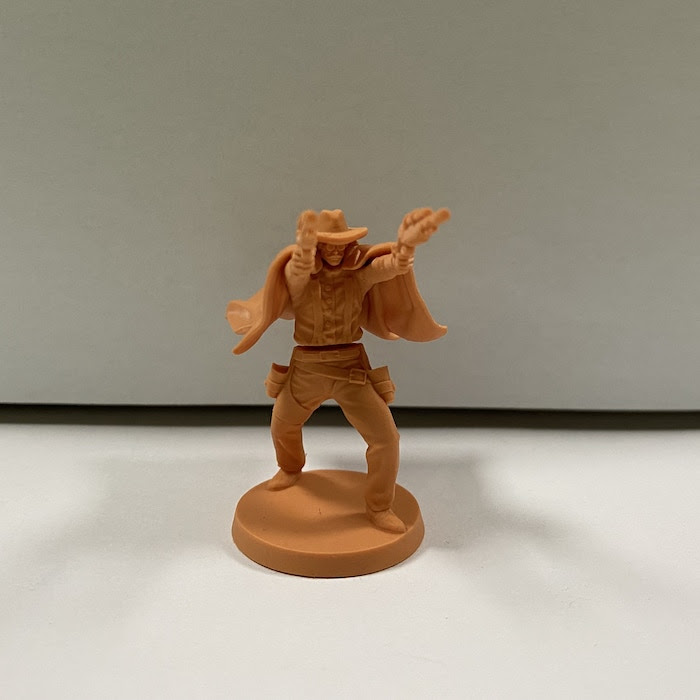 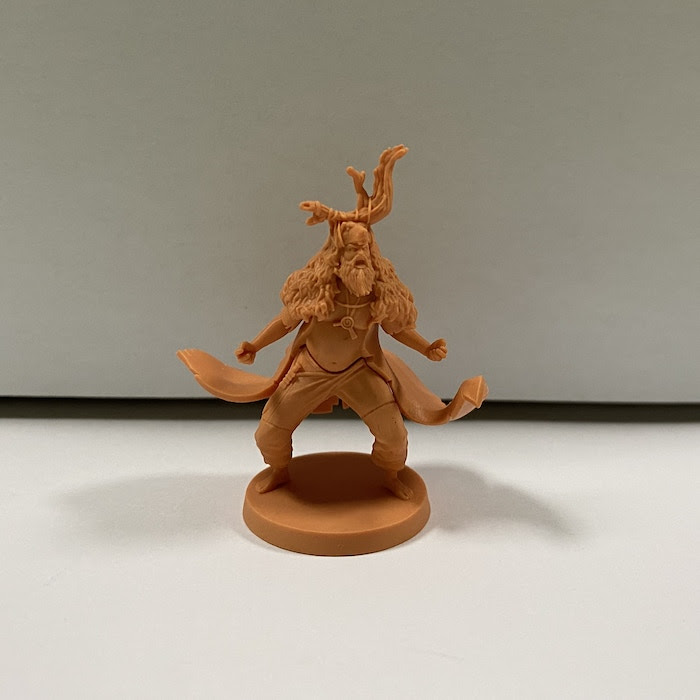 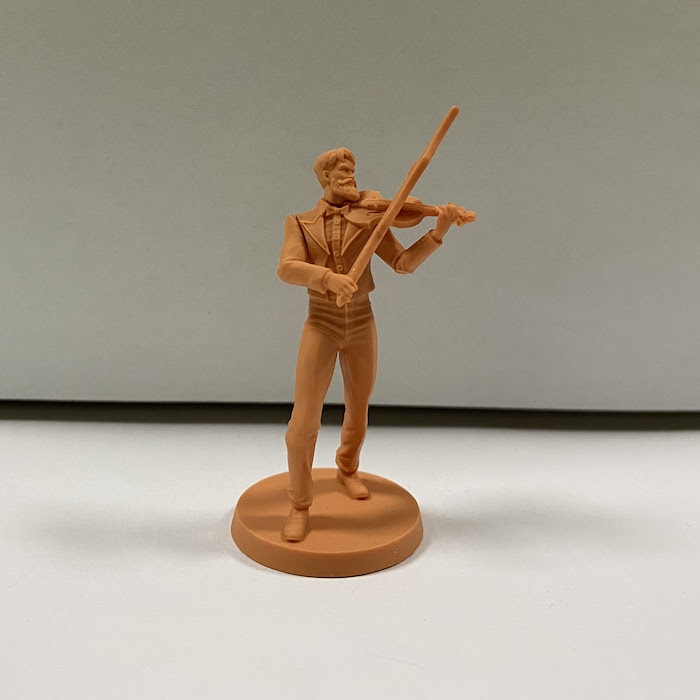 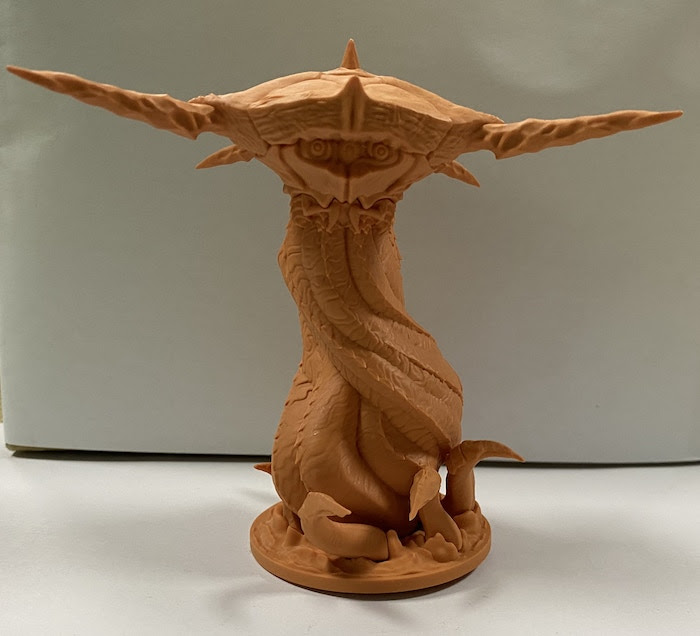 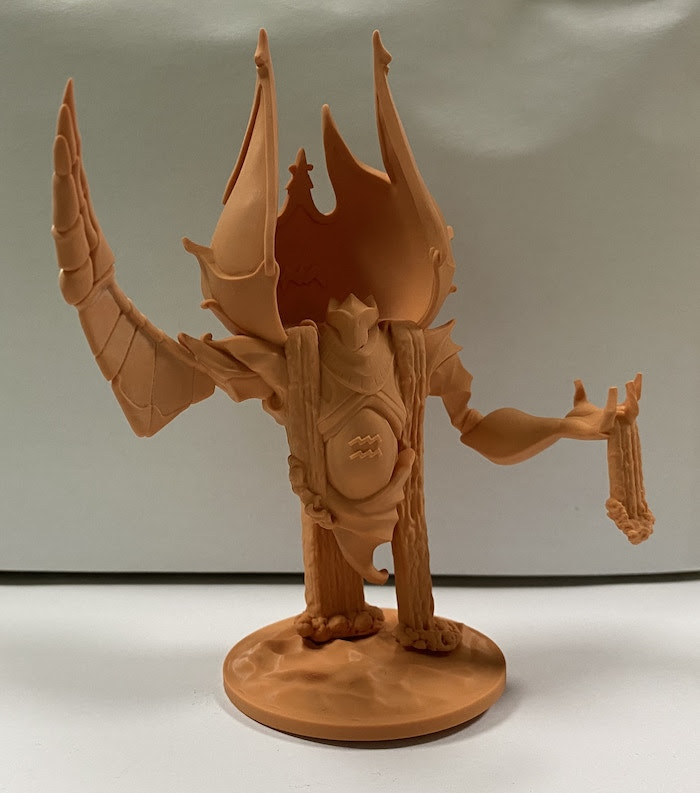 End of the Late Pledge

With mass production drawing ever closer, it’s almost time to close the Late Pledge! While we don’t quite have the final date set, we plan to announce the closure around mid-November, at which point we will be able to provide the final shipping costs. We’ll then encourage everyone to finalize and close their pledges by the announced deadline and ensure the accuracy of your shipping information!

That is it for this update, and as always, you can find the overall progress of the project below. We’re glad that we got to see many of you at Essen, and we will see you all for the next update in November! 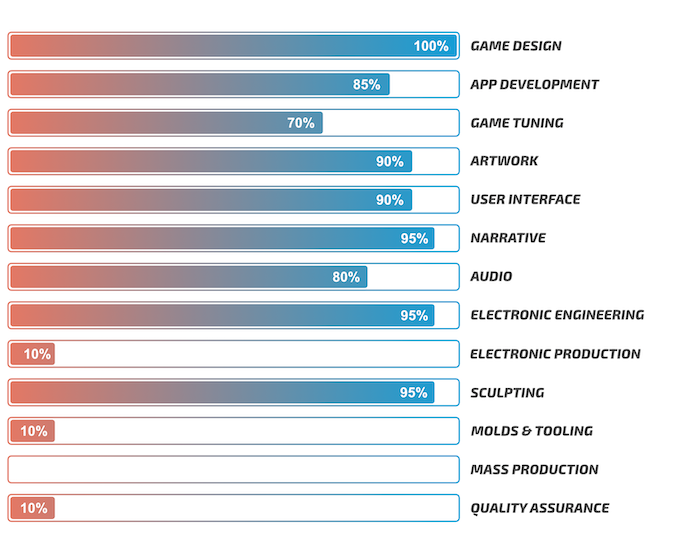