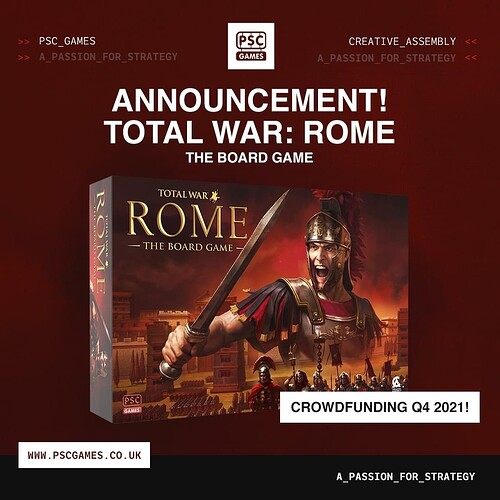 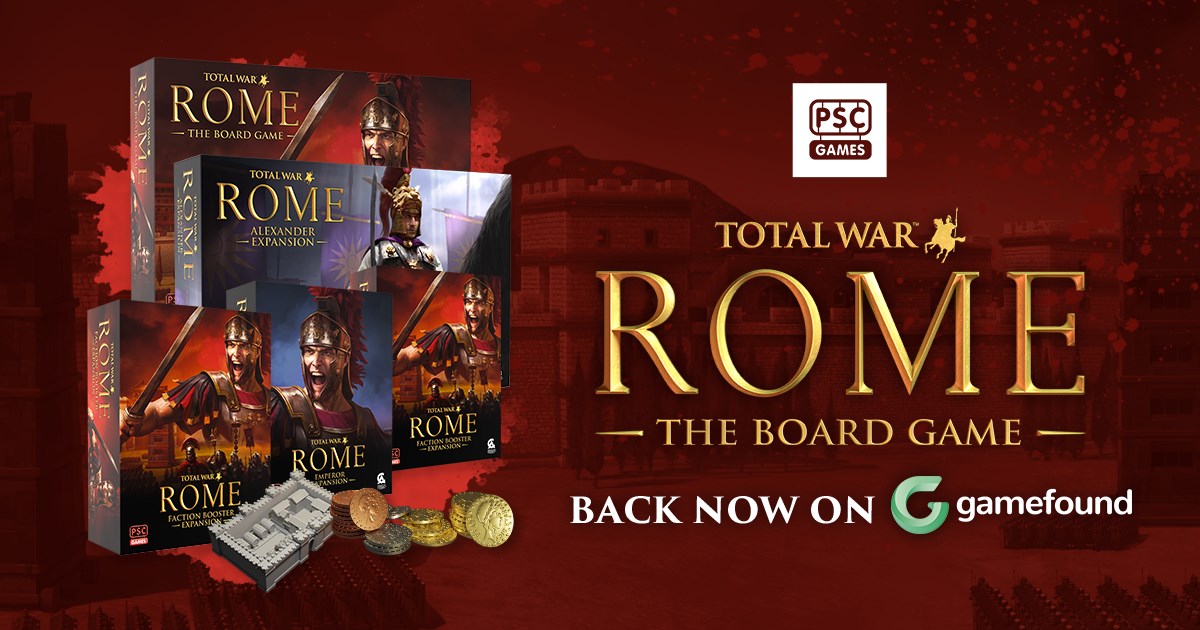 Total War: ROME: The Board Game by PSC Games

Based on the world-renowned video game, Total War: ROME: The Board Game allows up to four players to play as the leaders of Rome, Carthage, Greece, and Gallo-Germania. Each player will claim territories, recruit armies, fight enemies, raise taxes,...

Winning the rights to do Rome Total War the board game is potentially huge for our hobby. There are 5m regular players out there! All will hear about tabletop wargaming and see the Skull dice in action. In 2023 a few 100k of them are likely to be rolling the dice. The game creates a pathway to miniatures wargaming. More as it all unfolds.
I actually have been designing it for a while in the background. So we already have a working version. After a thorough play test yesterday it is actually close to being only a matter of calibration and tweaks. We had amazing fun and a real tussle where Carthage eventually came out on top. I suspect any Wargamer is going to like it. And then non-Wargamer won a close tussle which is a great sign.