CMON and 2LM Press are excited to bring one of their biggest hits, the award-winning Household RPG, to an English audience for the first time!

Household is a tabletop role-playing game in which players take the roles of Littlings, small creatures such as Faeries and Boggarts from European Folklore. Set in a massive, abandoned mansion, Household takes players on thrilling adventures filled with incredible characters, exciting exploration, court intrigue, and, of course, creepy and dangerous spiders (these are Littlings, after all).

This is not a mere translation of the original game, however, but a Collector’s Edition, designed to look like an antique Regency-Era book, with upgraded art, incredible new illustrations, and deluxe components that add to the immersion of the game.

Household, originally designed by Simone Formicola and Riccardo “Rico” Sirignano, was awarded RPG of the Year 2019 at Lucca Comics & Games 2019 and has a huge and active Italian community, known for their amazing fan content.

2LM Press is CMON’s RPG publishing arm, headed by veteran designer Francesco Nepitello. Francesco, along with Marco Maggi, is the designer of the highly acclaimed The One Ring RPG, as well as the recently published Zombicide: Chronicles RPG. 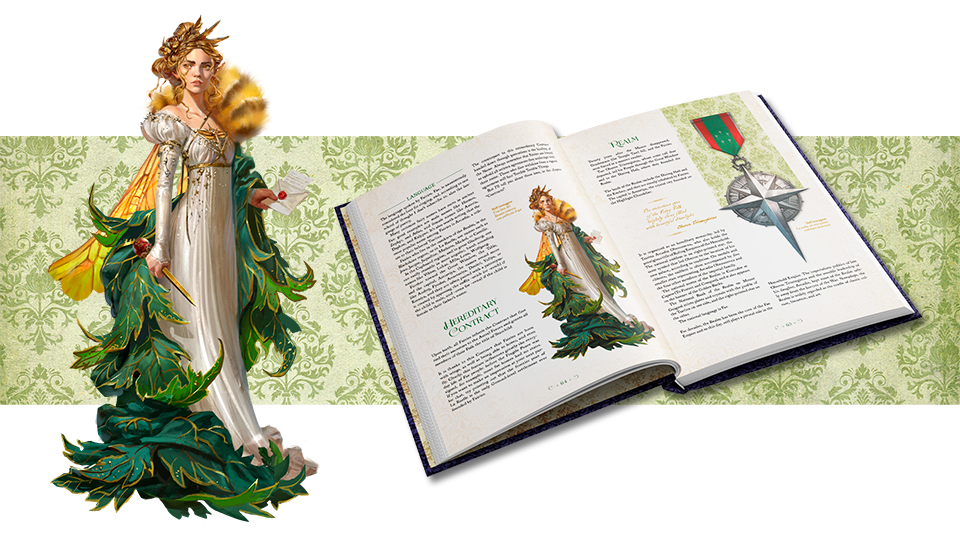 When asked about creating the new edition of Household with CMON, designers Rico Sirignano and Simone Formicola said, “Household was our first RPG. We are so proud and thrilled to finally have a chance to share it with the whole world. This new edition will be the most ambitious project for us so far!”

The lead artist on Household is Daniela Giubellini, with additional art being done by Antonio de Luca, Federica Costantini, and Alessandro Paviolo.

The Kickstarter campaign will launch in Q2 2022. You can sign up to be notified when the campaign launches HERE.

Stay tuned for more updates and information as the launch of the campaign draws closer by following 2LM’s social media! 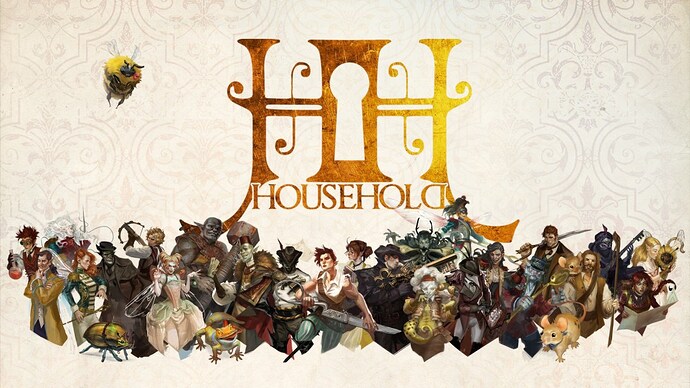 Time to learn a bit more about the Household Littlings! We’ll start with what is perhaps the most recognizable Folk the in the House…

The Ancient Fae Folk became part of the Household after the fall of their ancestral home, the Dèndronaos Tree. Known for their beauty and grace, Faeries are characterized by charming membranous wings, like those of a dragonfly. 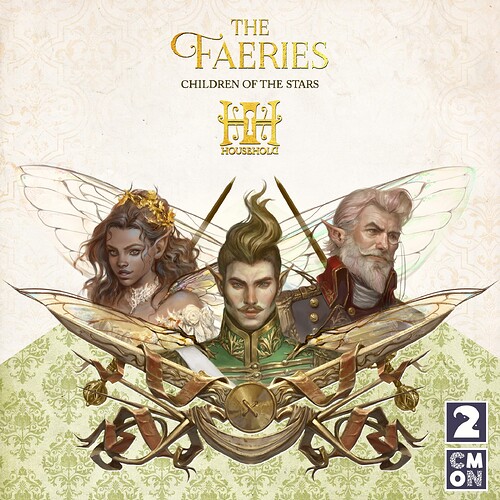 Let’s continue our tour on the Household Littlings… This time with the Boggarts!
Boggarts were the first to step into the House back when the Master still inhabited its Rooms. Thanks to their prowess, the Boggart army has played a crucial role in some of the most famous conflicts in History! 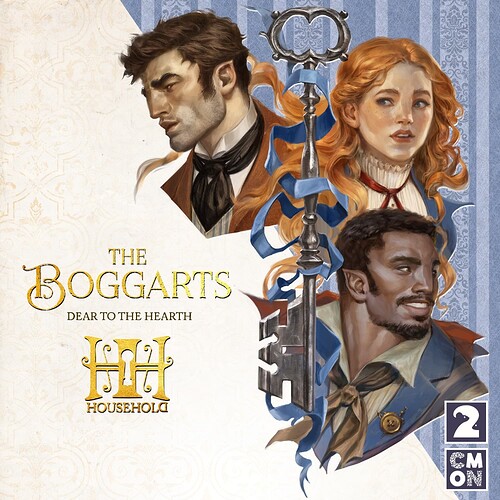 From “the Farbeyond”, the Sluagh Folk arrived at the House on Samhain, over fifty years after the Master left. It is hard to define who Sluagh are, since the Folk is divided in many different subcultures, but all Sluagh share the trait that makes them resistant to most known poisons and illnesses, as well as able to regenerate even from deadly wounds. 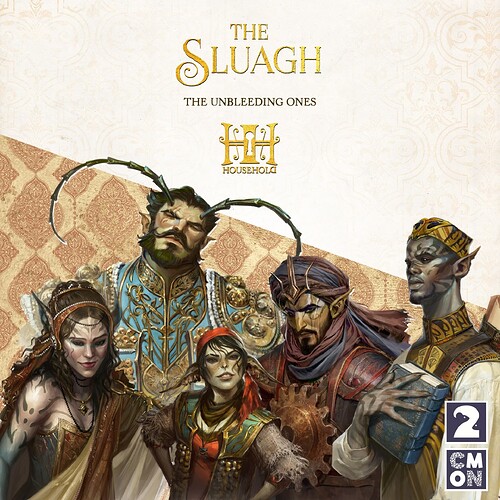 The Sprite Folk has been living in the House since a time before memory, even before the Master disappeared, and share a bond with either the Air, the Water, or the Fire, which leaves a clear mark on their appearance. 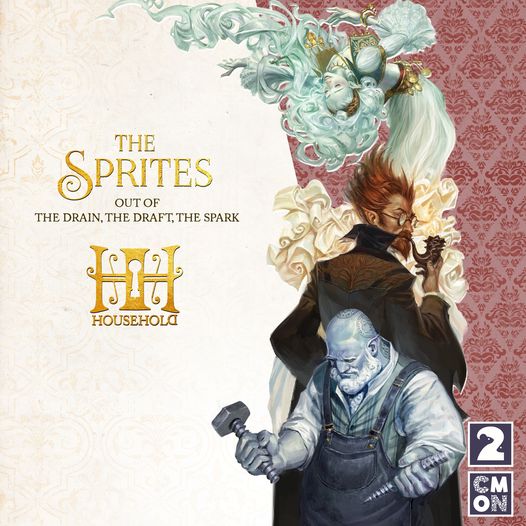 Meet the leaders of the 4 Folks that inhabit the House, important characters in any adventures that take place on Household:

Tsarina of the Faeries

Spokesperson of the Sprites

First among the Boggarts 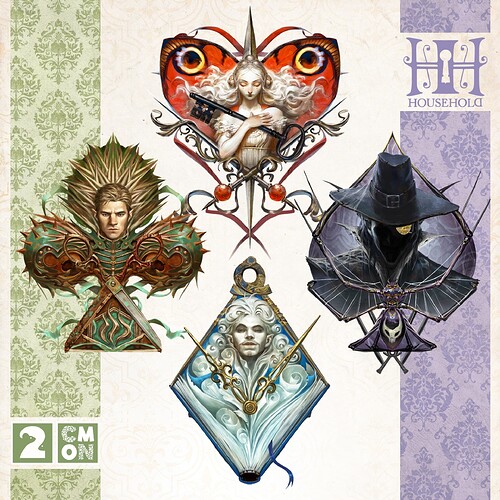 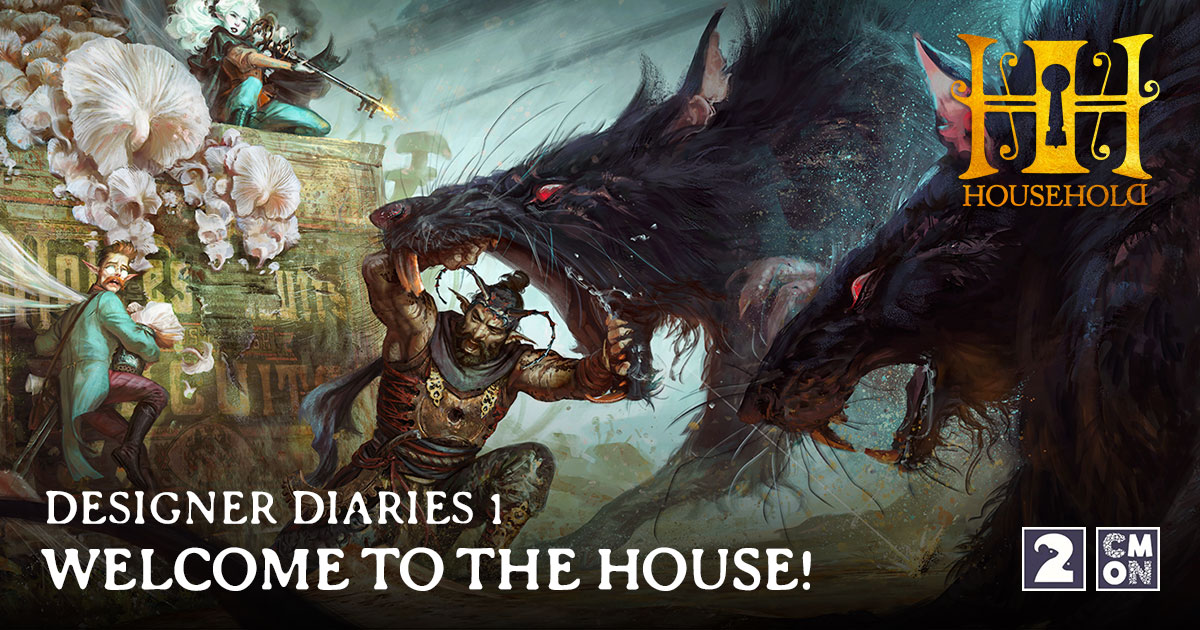 The upcoming Kickstarterfor the Household RPG approchaes, and in this first Designer Diary, Rico Sirignano will walk us through some of the main mechanics in the game!

Quickstart rules for Household NOW AVAILABLE!
This is a simplified ruleset for the game that should allow you to start to get familiar with the Household universe! It also comes with a simple one-shot adventure for you to try out. 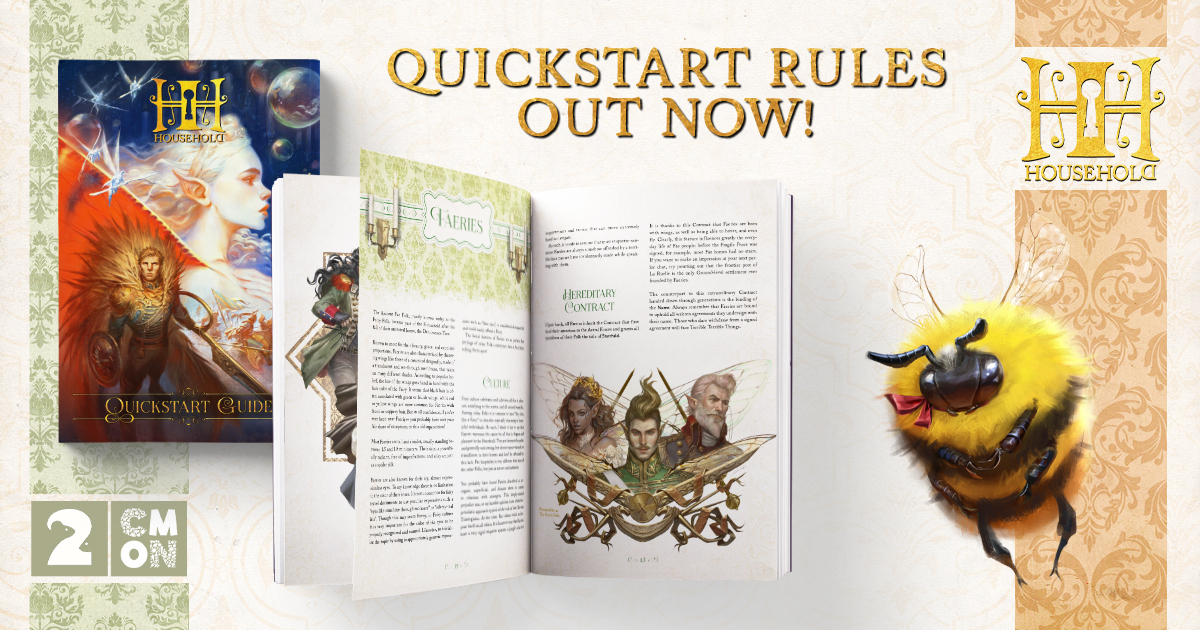 This is a simplified ruleset for the game that should allow you to learn most of what we've been covering for the past few weeks and start to get familiar with the Household universe! It also comes with a simple adventure for you to try out: Pride...

Now you are familiar with Faeries, Sprites, Boggarts and Sluaghs… Let’s choose your Profession!
There are many ways to make an honest living. One of them is becoming a soldier and taking on a military career. Soldiers are strong Littlings who aren’t afraid to face grueling training to prepare for an even tougher profession, in the army or as mercenaries. 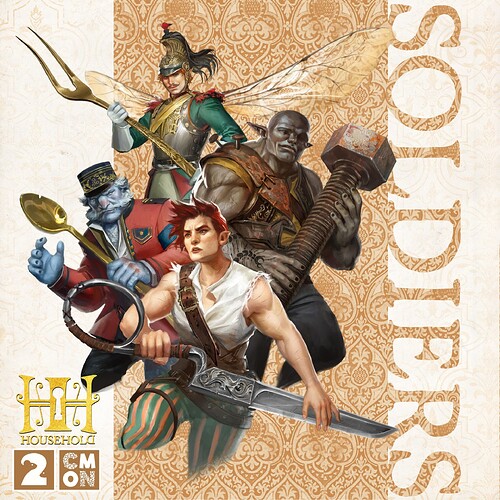 Today, let’s talk about our second Profession: Hunter!
The valiant Hunters are Littlings who dedicate their life to deal with creatures of all shapes and sizes that roam the lands of the House. 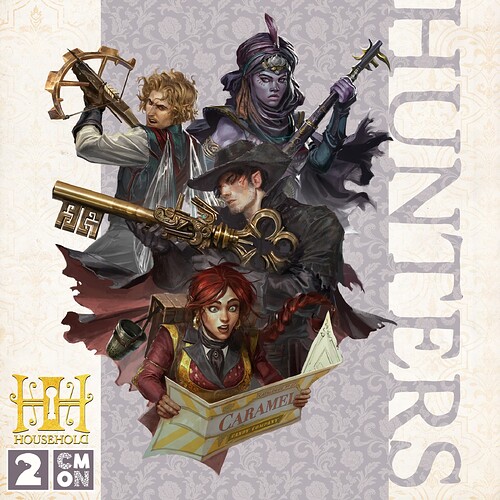 While it is true that Soldiers and Hunters defend our nations, Scholars are the ones who lead them forward!
Trained at universities and academies all over the House, these Littlings have keen minds and many areas of discipline. Lead your team forward in their adventures! 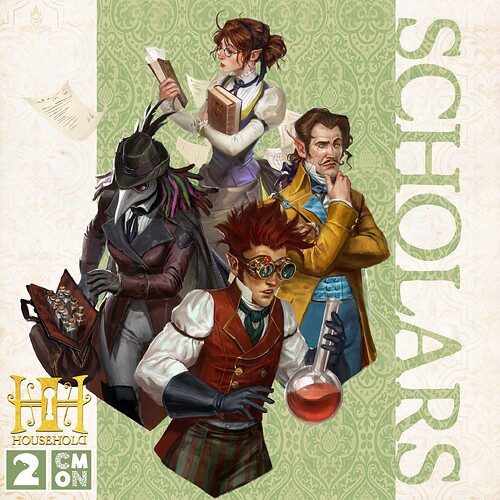 Ever wanted a pet Bumblebee? Leave it to these trained professionals to get you one!

Animal Handlers devote their lives to rearing, looking after, training, and taking care of animals and insects who can coexist peacefully with Littlings. 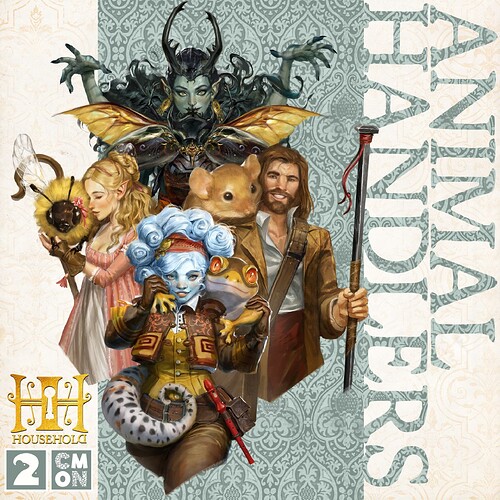 EN GARDE! Have at thee, scoundrel!

Duelists are the keepers of an ancient art, when the fighter’s skill really made a difference on the battlefield. They are the last vestiges of an age of grand deeds and undying loves. 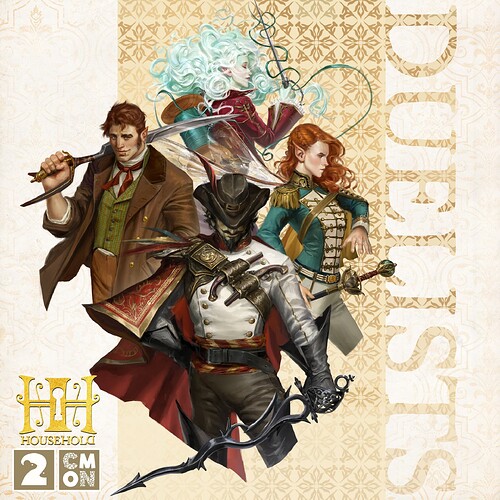 And for our final Profession…
As long as there are Littlings willing to work for honest wages, there will also be others who try to take advantage of them. I can’t in all honesty call the criminal life a real profession, but desperate times call for desperate solutions! 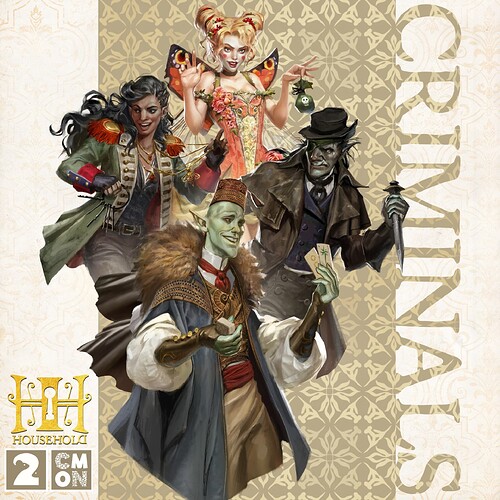 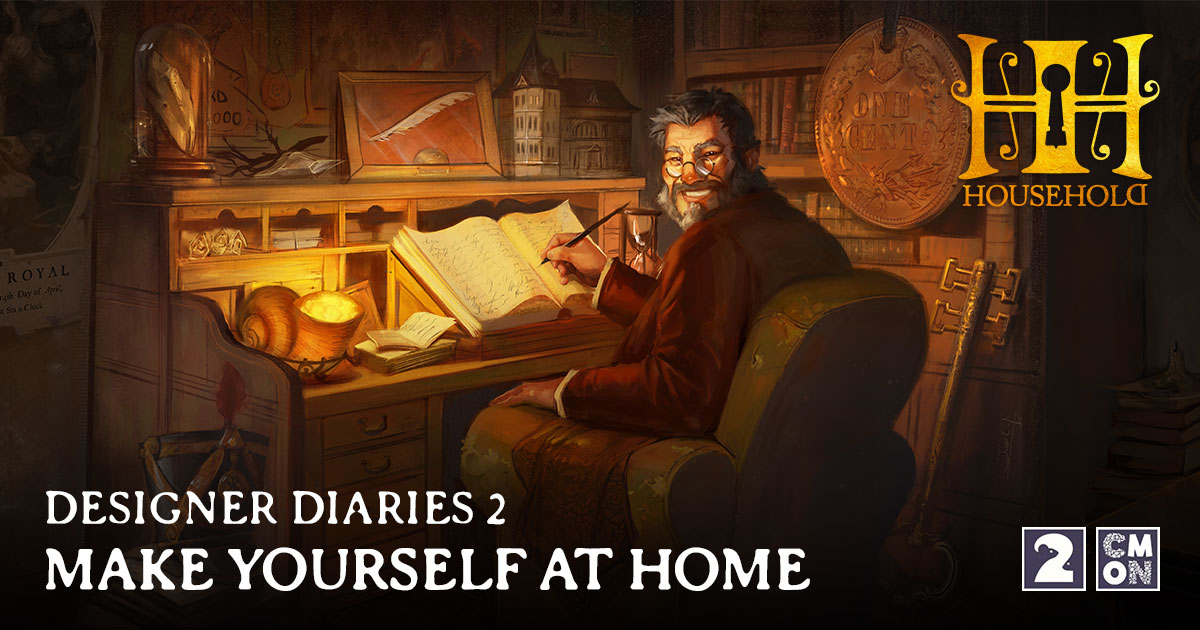 You see, years and years ago, I was lucky enough to find this extremely small book. After translating it, I found out that it was some kind of history book made by the littlings (as they called themselves), and, shocked as I was, I decided that I... 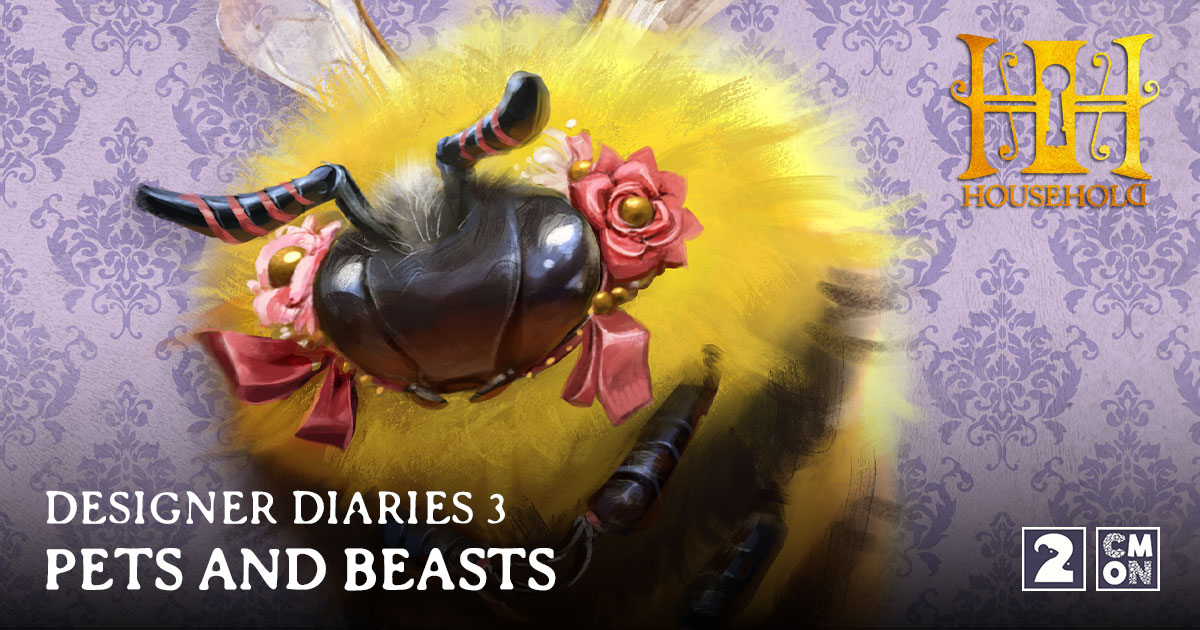 Here is the cover of Household Volume 1, in this beautiful Regency-era inspired book!
This is the core book of the game and contains the rules and the lore for players and narrators alike. 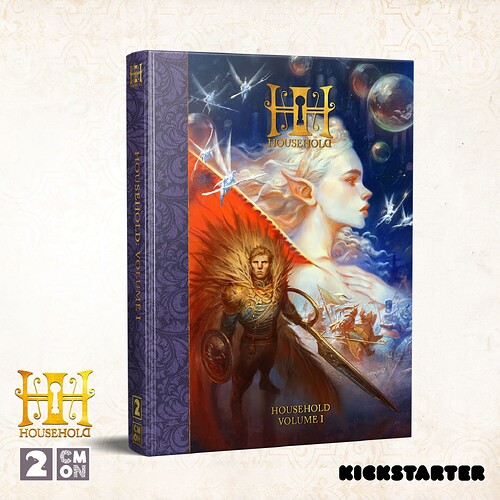 Here’s the second book available in the upcoming Household Kickstarter: Saga of the Fragile Peace!
This is a Campaing book that will guide you through a big adventure. During the Fragile Peace, the frontiers have just opened after a long war, and different Folks will finally meet as equal citizens. 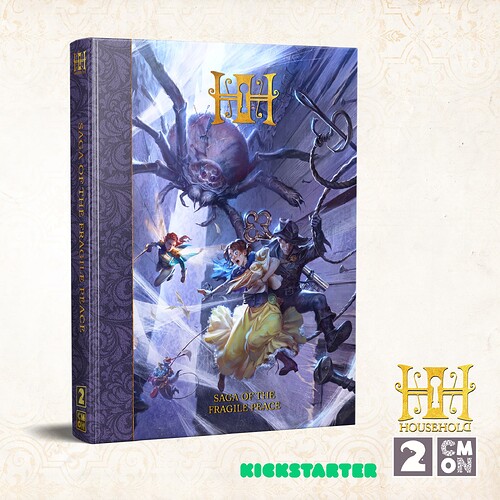 Introducing the third book that will be available in the upcoming Household Kickstarter: A Practical Guide to Living Inside the House!

This book expands on an already big world for the Littlings, covering the finer details of every day life in the House, from the

to getting you pet bee 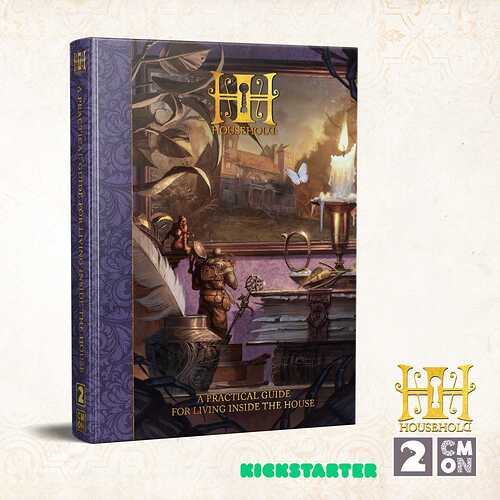 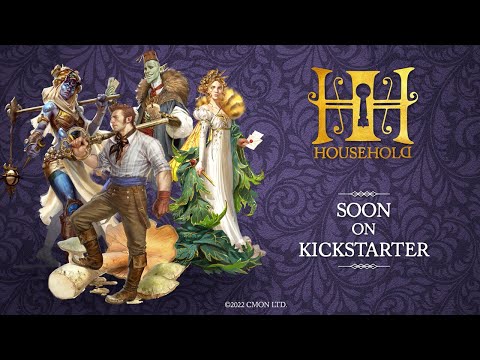 On a la date et l’heure… 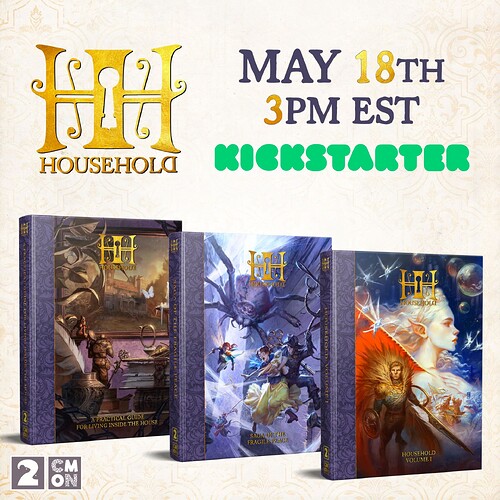 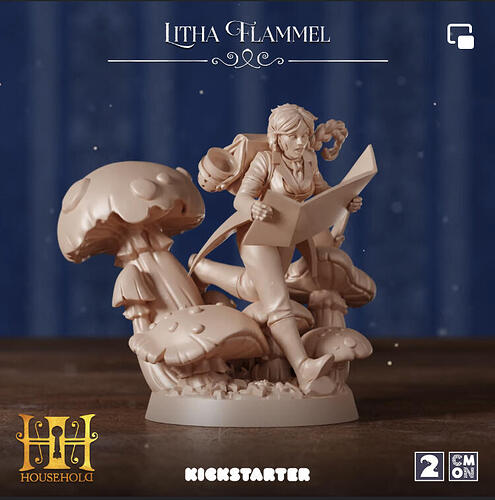