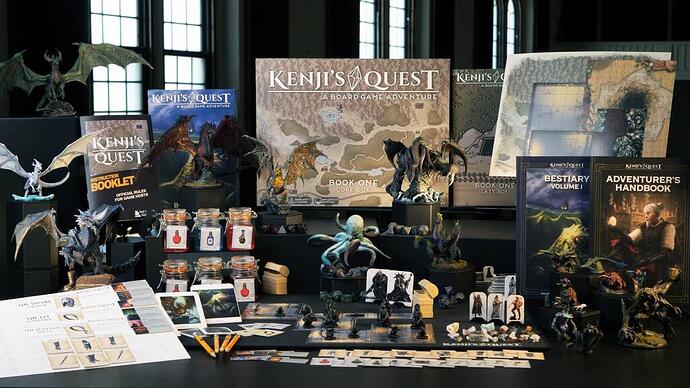 Kenji’s Quest is an app-assisted board game inspired by classic 90’s era adventure and RPG console games, coming soon to Kickstarter! Based on a trilogy of the same name, Kenji’s Quest: Book One allows for you and your friends to experience the first book’s six chapters—but here’s a crucial twist—the decisions you make influence the plot and eventual outcome of the story.

Featuring an interactive narrative, puzzles, mini-games, exploration, and battles, Kenji’s Quest utilizes a ground-breaking companion app to enhance the experience. Using the Kenji’s Quest Companion App, the Game Host leads the players through game by displaying art from top artists, playing the official soundtrack, showing the stats during battle, and much more. A New Genre, Filled with Nostalgia

Although many of Kenji’s Quest play elements are inspired by classic console games and Tolkienesque fantasy, the play elements are combined and presented in a unique enough way to make playing Kenji’s Quest an exciting, distinct experience. For comparison’s sake, Kenji’s Quest can be described as a mashup of the classic Choose Your Own Adventure book series, The Legend of Zelda, and the (early) Final Fantasy video games—all brought together on the tabletop.

Who is Kenji’s Quest For?

One of the most important design philosophies we have is that Kenji’s Quest be enjoyed by experienced gamers and inexperienced players alike. The rules are straightforward and logical, and are designed to be explained to you by the Game Host (aided by a specialized dashboard) as you play. If you can read maps, roll dice, and use a bit of strategy, you have what it takes to complete Kenji’s Quest.

In terms of style, Kenji’s Quest is firmly in the classic adventure/fantasy genre with a few unique twists. If you enjoy The Lord of the Rings (or similar books and films), any of the aforementioned adventure games, or if you simply enjoy trying new games and gameplay experiences, chances are you will like Kenji’s Quest. On a personal note, if you are like me and grew up playing the 90’s-era console adventure/RPG classics (and really appreciate their gameplay and style) you will absolutely love Kenji’s Quest.

Kenji’s Quest takes place on a world similar to Earth during the Middle-Ages on the cusp of a technological renaissance. Central to the story is Kenji Sakaguchi, an eccentric middle-aged man obsessed with collecting rare items and imbuing them with properties from magic stones. For his latest quest, Kenji has requested the aid of a few adventurers, which are (of course), you and your friends!

To start playing Kenji’s Quest, you don’t need to read any rulebooks or have experience with any other adventure games. To understand the basics of Kenji’s Quest gameplay, it’s best to describe its three game modes: In addition, Kenji’s Quest: Book One features at least one mini-game and puzzle per chapter. Mini-games can be anything from a coin tossing game, an arm wrestling match with the Game Host, to betting your hard earned silver on a horse race. Puzzles can be riddles shared by characters you meet in the game, a set of levers and pulleys you have to pull in a specific order to reveal a secret passageway, or similar bamboozling experiences. In short, Kenji’s Quest has something for everyone. It features plenty of challenging scenarios and battles and is carefully designed to reward making the most optimal and strategic choices, both in and out of battle. At the same time, Kenji’s Quest is designed to be a social game meant to connect you and your friends where having fun is the primary goal.

Lastly, Kenji’s Quest is not reliant on the Game Host being “good” at telling a story, or having any experience at managing a game in order for everyone to enjoy the experience. The Kenji’s Quest Companion App is the key element here, which makes being the Game Host arguably the most fun way to experience Kenji’s Quest. After all, the host gets to fight as the monsters, control the companion app, and share a newfound hobby with friends. All with very minimal preparation required (less than 20 mins per chapter)!

Kenji’s Quest has gone through an extensive series of playtests and improvements since it’s inception over 6 years ago. Now that a beta of the Kenji’s Quest Companion App exists, we are happy to report that the official prototype is ready to present to the general public.

However, in order for Kenji’s Quest to become a reality—and to feature art from top artists, tracks from talented musicians, and to mass-produce amazing miniatures—we need the funds that a successful Kickstarter campaign can bring. While we aren’t ready to make an announcement yet, we are in contact with some well-known and talented artists in the industry, who are prepared to join in our project on the basis that we raise sufficient funds from our Kickstarter campaign.

This all means that we need your help. As you read more about Kenji’s Quest, we’d love your feedback and involvement. We’re really looking to create a community around Kenji’s Quest and to do everything we can to make sure we are nothing like the increasingly tone-deaf game companies out there. 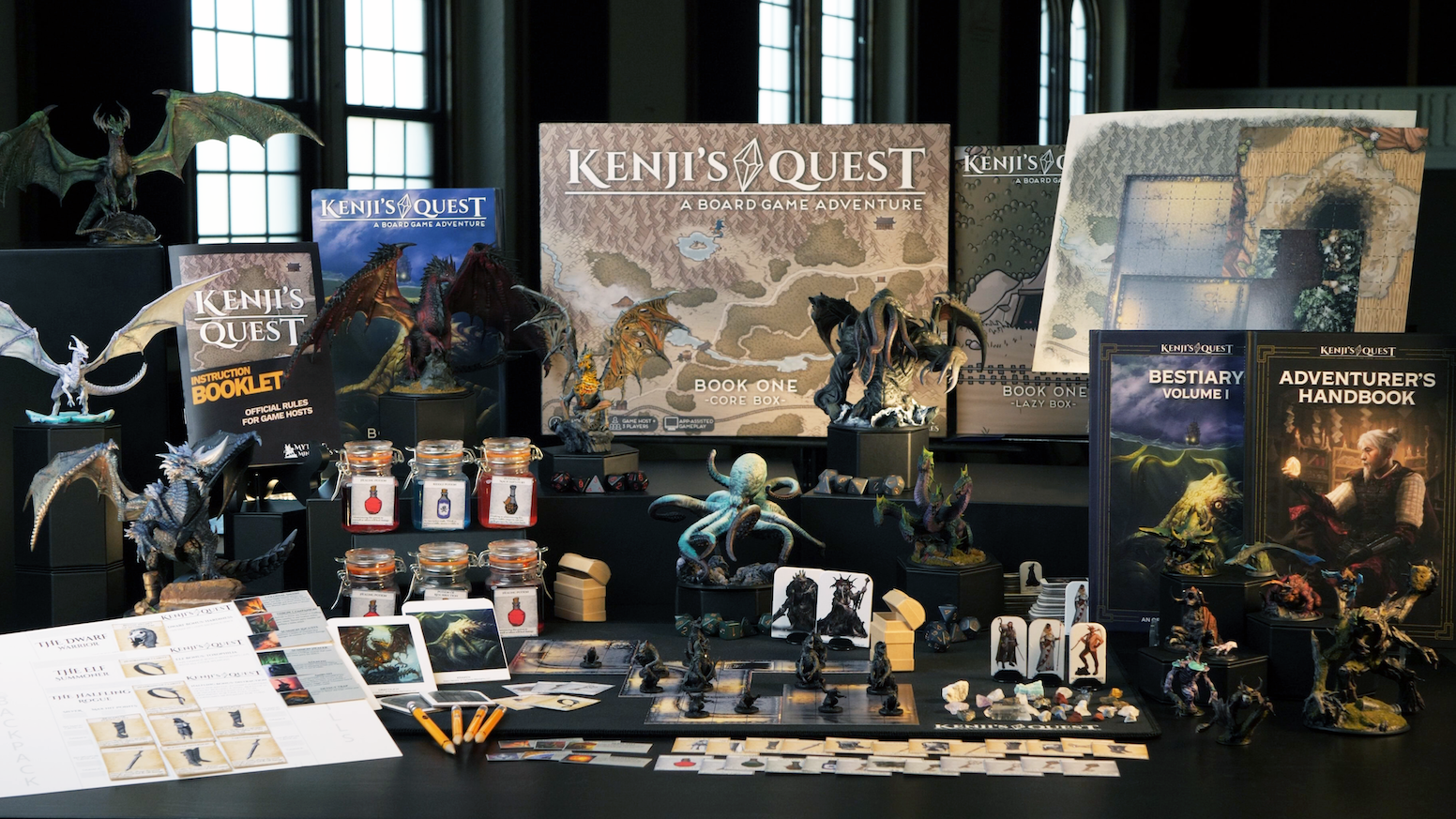