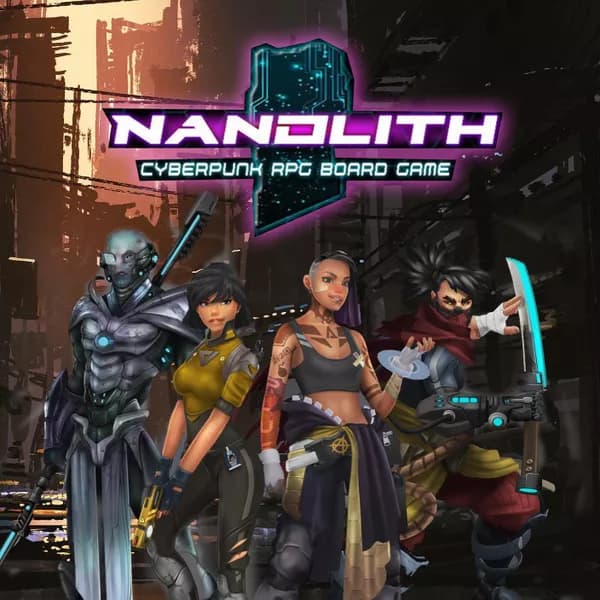 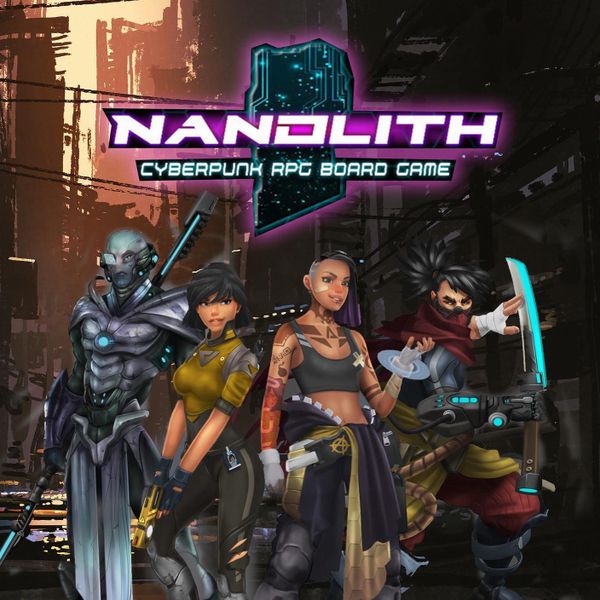 Let’s talk about the two books, which are the heart of the nanolith experience. We decided that the time of organizing map tiles is over! In nanolith you will find everything you need to play already layed out and ready to play in the ENCOUNTERBOOK and the STORYBOOK.

The ENCOUNTERBOOK is your window to Neo-eden. Here you will find exciting comics, the Lobby illsutrations, encounter maps, beautiffully illustrated Chapter-Outros, the open world map of Neo-Eden, Shops and more.

Lobbies and shops are drawn from the perspective of the characters. So you see, what they see. This is important, as the players need to decide, what the characters want to do.

About the maps we will talk in a later update, but they give beautifully illustrated top down views of the situtations in which the characters are stuck at this specific moment.

Then you have the comics! And really cool ones, as Agustin Graham Nakamura surpasses our expectations everyday with his art. The comics are like cutscenes from videogames. Here you and your friends can relax and watch the action, or tragedy happen.

The ENCOUNTERBOOK is the visual connection between the players and the dystopian reality of Neo Eden. Most importantly you will find all the maps there, on which the tactical fights against Babel and other enemies will take place.

Then we have the storybook.

The STORYBOOK includes all the textpassages to which the visuals in the encounterbook refer. Naturally there is also text in the encounterbook, but whenever you look closer into something, or as soon as you want to talk or interact with the inhabitants of Neo-Eden you are guided to a specific paragraph in the storybook. It is here, in the STORYBOOK, where the cyberpunk novel of Nanolith happens.

You will also find Comics in the STORYBOOK, sometimes, because … you know … we are just suckers for comics and sometimes, we want to let them happen in the middle of a fight. And you won’t be able to flip the pages in the encounterbook, as all the models and standees are situated there. This is the time, when the comics also will appear in the STORYBOOK.

We also put all special rules for the encounters not only in the encounterbook, but as well into the STORYBOOK, so there is easy referencing to the rules through the players. They them directly in front of them next to the map as well as in the storybook, which they can hand around at the table.

It’s just something which came up during analogue playtesting and which works very well.

And one thing more. We included also some short stories in the format of choose your own adventure book stories. Those so called „Nanostories“ are are additional content for players who want to immerse themselves into the world of the Nanolith. You will find tense and unique stories there, bu it’s not mandatory to read them, if your group wants to quickly advance to the next encounter.

To there you have it. The encounterbook is the window to Neo-Eden (size: 594x297 cm) and the storybook in which the story of your campaign takes place (size: 420x297 mm). 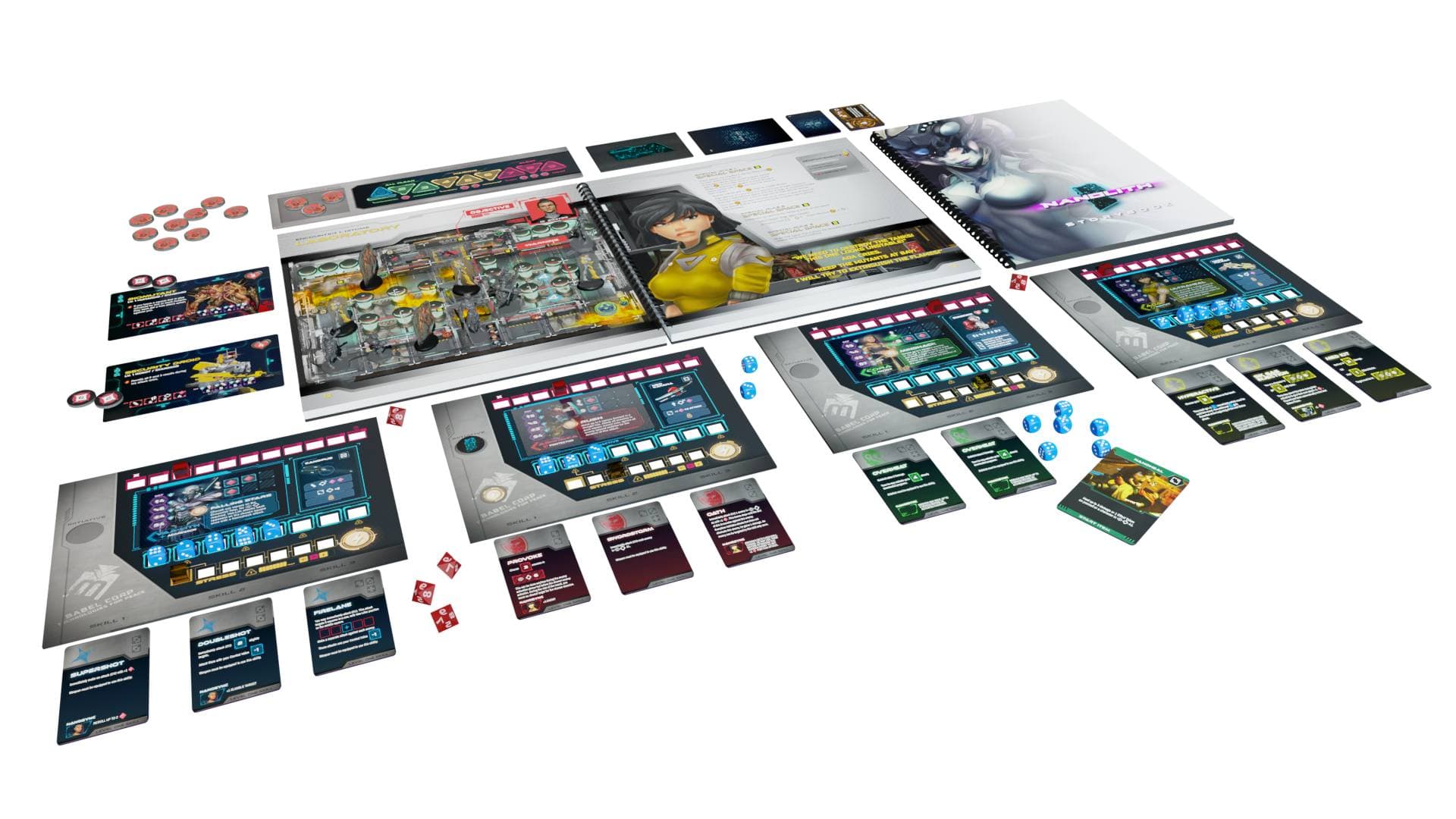 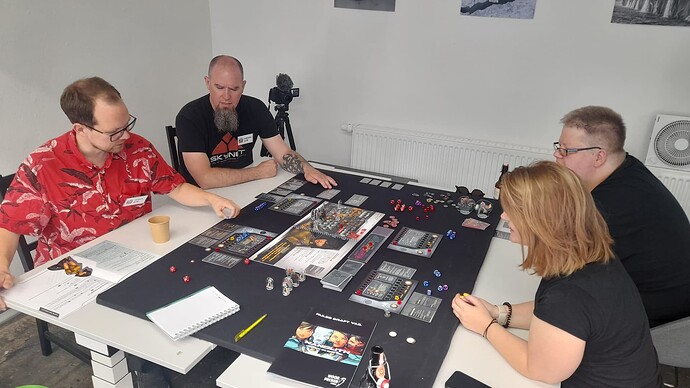 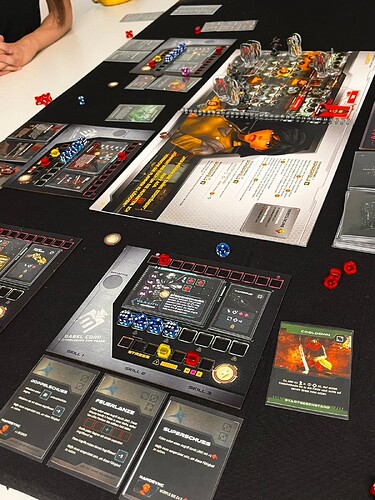 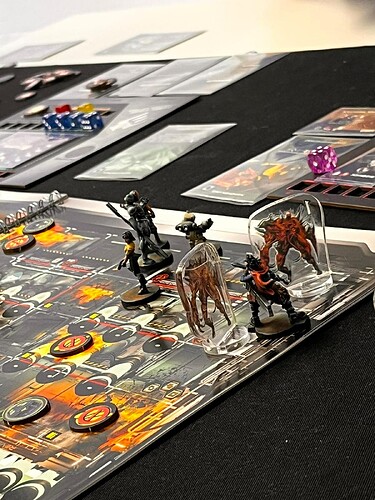 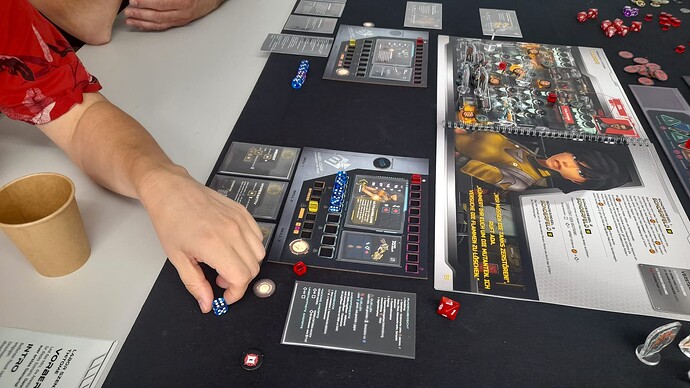 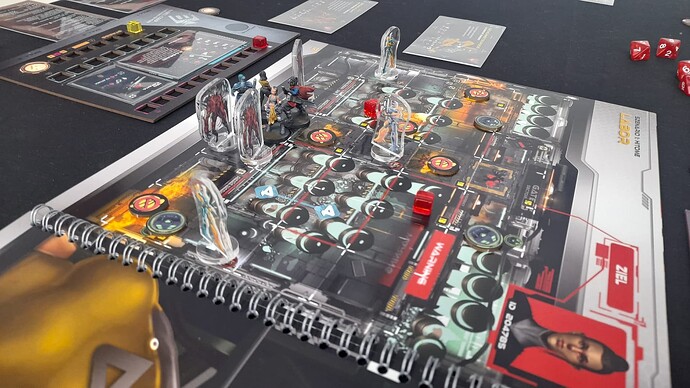 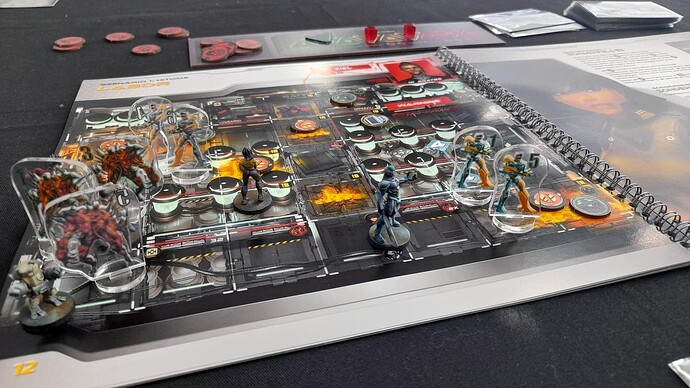 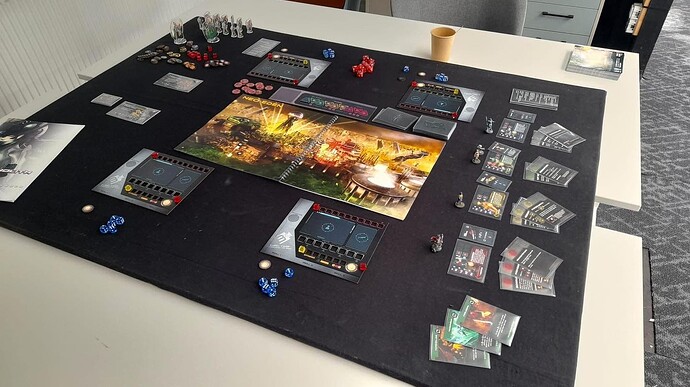 A little video to show off our upgrade mechanics.

No bookkeeping. Just placing a sticker. And if you are afraid of damaging your cards just use a sleeve, those are all regular poker sized cards, or small ffg cards. 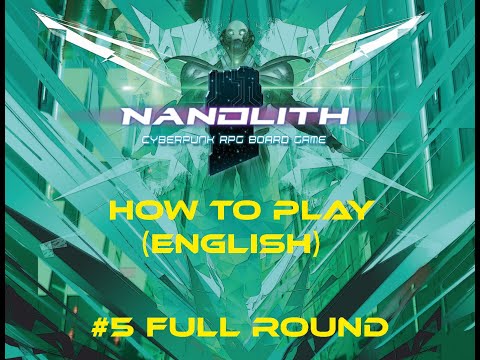 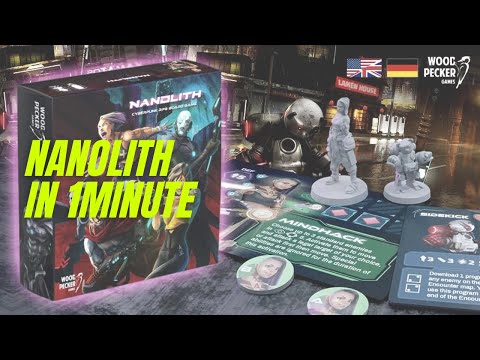 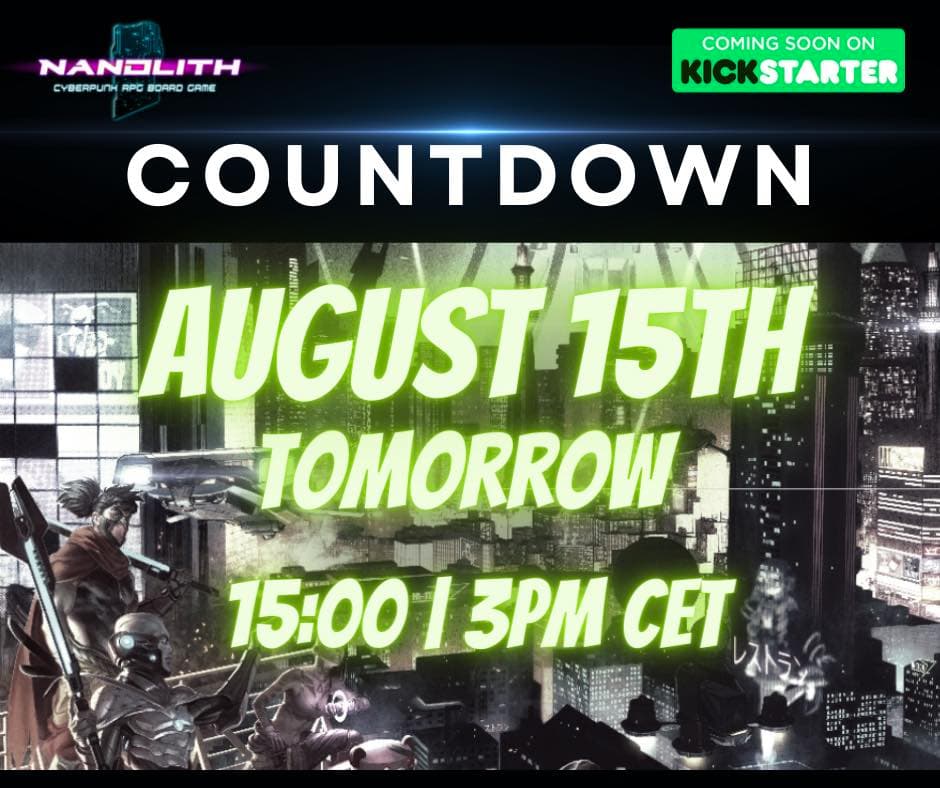 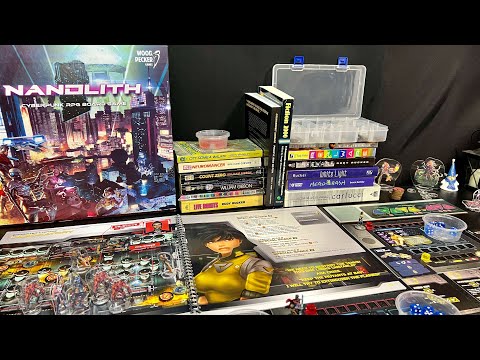 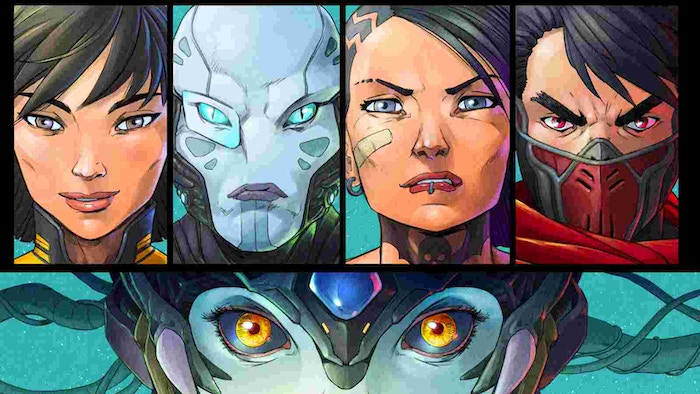 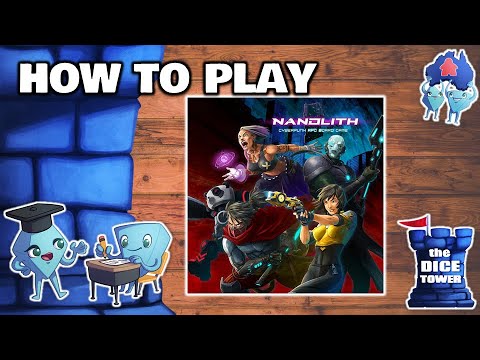