Starcide is set in a universe where the cradle of life began on Earth, starting with the ancient Na'vo, a race of Reptilian beings descended from Dinosaurs, who were forced to venture out into the stars after a cataclysmic event befell their world. Sent into deep hibernation aboard their planet-like space craft, vowing to return one day and reclaim Earth once more.

In their place mankind was given the freedom to rise and craft vast empires. For thousands of years they would wage war upon one another, until the great unification of the main houses occurred and all of mankind was brought together under the watch-full eye of an advanced artificial intelligence.

But Death would inevitably take the soul of every man, the overwhelming desire to cheat death birthed the Order of the Black Sun. Once comprised of man, these beings delved deep into the realm of life-force and soul manipulation, turning them into ageless Vampires and Necromancers. Their depravity knew no bounds and their unquenchable thirst for life force drove them into darkness.

One of the more mysterious races to inhabit the Earth were the Prometheans, a race of noble grey-skinned beings who have existed for as long as Mankind can remember, their likeness has been etched into stone throughout countless civilizations, most notably that of the ancient Egyptians where the Prometheans were said to have reined for thousands of years.

The Prometheans were responsible for creating the Locust, a single consciousness spread through out hundreds of thousands of deadly insectoids. Originally created as a weapon to be used by the Prometheans, the Locust soon turned on their creators and would devour every living being that did not conform with their single consciousness. With blade like appendages and unnatural ruthlessness they became a threat to all living beings in the galaxy.

Release - Gencon 2020 or earlier, Starterbox with 3 factions plus add-on boxes (at least 3 per faction) - 4th faction in works. Prices: 13-15 USD per add-on box, Starter will be about 75 (3 playable factions in each). There was no Kickstarter we are working on it slowly buy without any KS fundings so far. Everything subject to change.

Hello, Ok, PICTURE for attention! (subject to heavy changes) update on the development. The original plan was to release the game to retail without any Kickstarter support in 2020, with strong engagement from Brick and Mortar stores. However, the global pandemic of 2020 changed our plans drastically. We decided to focus on other projects that do not require any playtesting as this was not possible (like Dungeons and Laser or Rampart). The goal in 2021 to come back to playtesting and, hopefully, towards the mid of 2021, release the game to retail. That forced pause in development gave us a chance to talk to veterans of the industry like Mark Gibbons about aesthetics and design paths. I hope you are going to like what we have prepared. In the next few months, I’ll show you new stuff that we have plans to release in 2021. 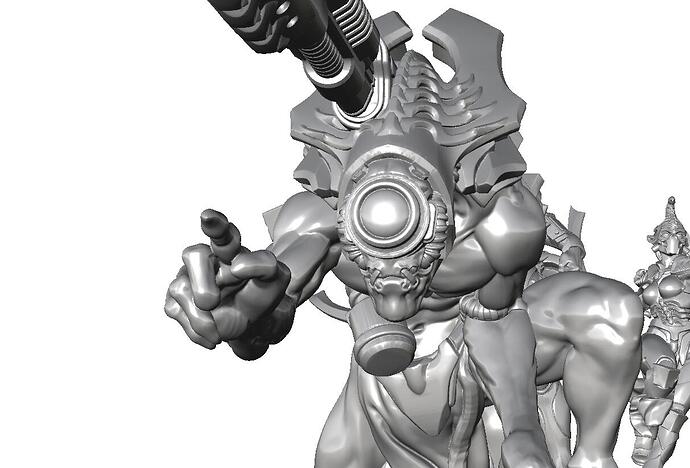