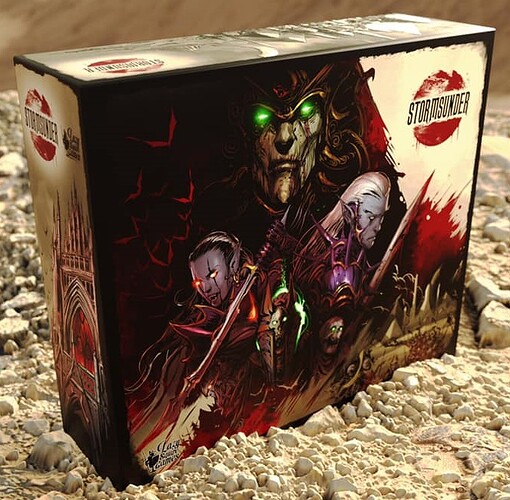 Stormsunder is a 1-4 player miniatures board game featuring immersive, story-based gameplay that puts players in command of how the game’s branching plot unfolds. Players will be forced to make impactful decisions, ultimately determining which of Stormsunder’s multiple endings they experience. Stormsunder: Heirs of Ruin also features exciting combat and progression systems, allowing players to customize their characters before they send them into battle.

In the upcoming months we will be sharing the amazing art of Stormsunder: Heirs of Ruin. We want you to help us shape the world of Stormsunder and its inhabitants.

Ho-Tem Ra, ancient pharaoh of the great city of Mokatta, was once ruler of all the Inalii desert and beyond. Selfish and cruel, he used his power to amass great libraries of archaic scrolls and forbidden texts, pouring over their pages while he experimented on the living and the dead. Fearing the monster their pharaoh had become, Ho-Tem Ra’s vizier and other advisers murdered him in his sleep, burying him deep beneath the city in a tomb sealed by powerful runes and obscure magics. The Storm shattered those barriers and Ho-Tem Ra is now free, determined to reclaim his lost kingdom with an army of the dead at his command. 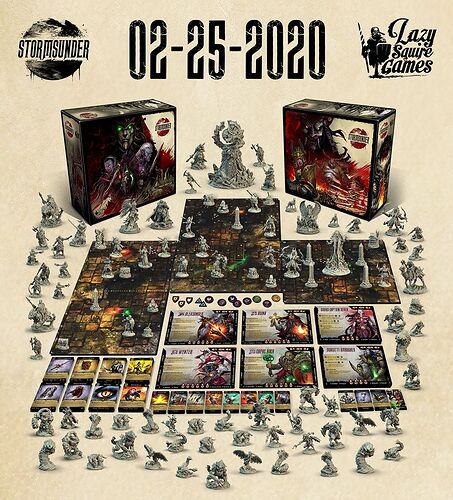 Wynter is the half-demon captain of the Wild Coyote, a storm pirate vessel operating around the northern and western edges of the Storm. In addition to piracy, Wynter has been known to dabble in espionage, murder and slavery, the latter bringing her into contact with the party’s quest in Stormsunder: Heirs of Ruin.

Wynter is a friendly but wholly untrustworthy pirate who values gold above all else. Out of combat, her Agility is an incredible asset, while her lust for treasure can either be a blessing or a curse. In combat, she is a versatile rogue who builds power every activation as well as when the party earns gold. Wynter is best equipped with a gun and sword and low-cost abilities that take advantage of her steady stream of resources.

To survive the Storm, the priestess Nefetet drained the life out of every worshiper in her temple. Nefetet was the only survivor of Mokatta, but she was not alone for long… We’re thinking about adding some servants (as separate miniatures).

Ho-Tem Ra, the mad pharaoh of Mokatta, has returned, eager to rebuild his once vast empire with an army of the dead...

What do you guys think of our lead villain* for Stormsunder: Heirs of Ruin? He enjoys cribbage, 80s sitcoms and world domination. Coming in at a cool 85 mm, he can always get that last bag of chips on top of the fridge.

*Assuming you don’t decide you are the lead villain. You can do that in this game, you know.

@Nicogan on a oublié d’être aveugle

A lot has changed with the gameplay for Stormsunder since the ideas first starting forming in our heads last year, and we think we’re finally at a place where we can confidently share some solid details about combat. With that in mind, let’s have a proper look at character cards. Though these four are essentially there from the beginning of the story, there is no guarantee each will live to see the end, and if they do, they may be changed forever.

Adina Shalit is the primary healer of the party, providing a variety of healing and shield spells to support her allies. Her first ability, Godspoken, is unique to her, and allows her Auras to affect the entire map (as well as giving her a respectable advantage in equipping heavier armor). Tranquility is common among all Priests, and allows players to cycle through their decks quickly for rapid healing (as long as they abstain from violence).

As Stormsunder’s combat has evolved, so too has Aleksander Potra since we last checked in with him. The silver-tongued vampire now serves as an off-tank for Capac, sporting an assortment of powerful offensive and defensive techniques allowing him to quickly take down opponents and survive being so close to the action. Note that his statistics at the bottom left of his card (Strength, Perception, Agility, Spirit, Vitality and Charisma) have fluctuated as well, as we’ve solidified not only how stats interact with combat, but also how each character’s stats grow. This will help immensely if we ever decide to add character creation to Stormsunder down the road.

Vanessa Von Brandt’s characteristics at the bottom left (just above her stats) detail who she is both professionally and personally. Her role, Warrior, tells players she is a damage-dealing character, while her class, Survivalist, is known for destructive ranged techniques. Her personality is Relentless, which adds a trait card to her deck she can remove to gain action points. For faction, Vanessa is a member of the Nyere, an ancient order of explorers, guides and adventurers, each blessed with the gift of an unerring sense of direction. Her race is Human, but she also has a racial subcategory, Tainted, hinting there’s something more going on there (as if her face wasn’t enough of an indication).

Lastly we have Capac Roca, the Altekhan Sentry. Capac has the highest health but lowest speed of the four, as can be seen on the icons on the top right of his card (Action Points, Health and Speed, respectively). Capac makes up for his lack of movement with skills, having both Leap and Charge in his character deck by the time he reaches Level 4 as he has with this card. Later levels come with an increase in stats, new and upgraded skills to add/replace in his deck and overall a more powerful Capac.

get your popcorn ready, because we are dropping not one, but three Stormsunder teasers! Watch the first and then choose your path to see another (and then choose a different path after that, because our teasers, like our game, have replayability)

Check out our latest sculpt for Stormsunder: Heirs of Ruin, the enigmatic Lady Renata:

Lady Renata is one of the most influential members of the Vampire High Council and the only angel ever to be turned. She is Lord Rihard’s strongest supporter, ensuring he maintains total control of Tarpitt even though his title isn’t any higher than the other members on the council. She has proven that loyalty is not without limitation, however. She sided with Lord Darijus in the council’s last session, casting the deciding vote to demand Vanessa Von Brandt be brought to the council for murder. 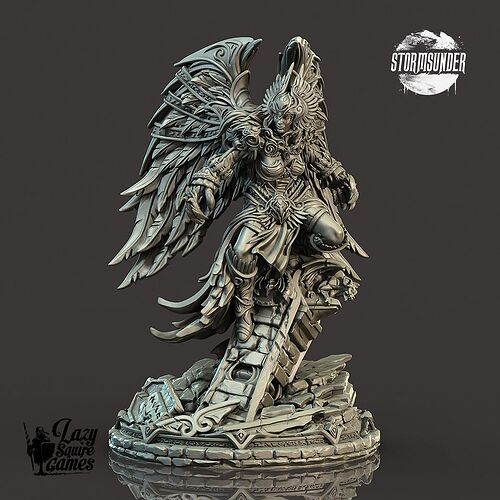 Lady Renata, the only angel ever to be turned in Stormsunder universe has now been turned from sculpt to her physical form! 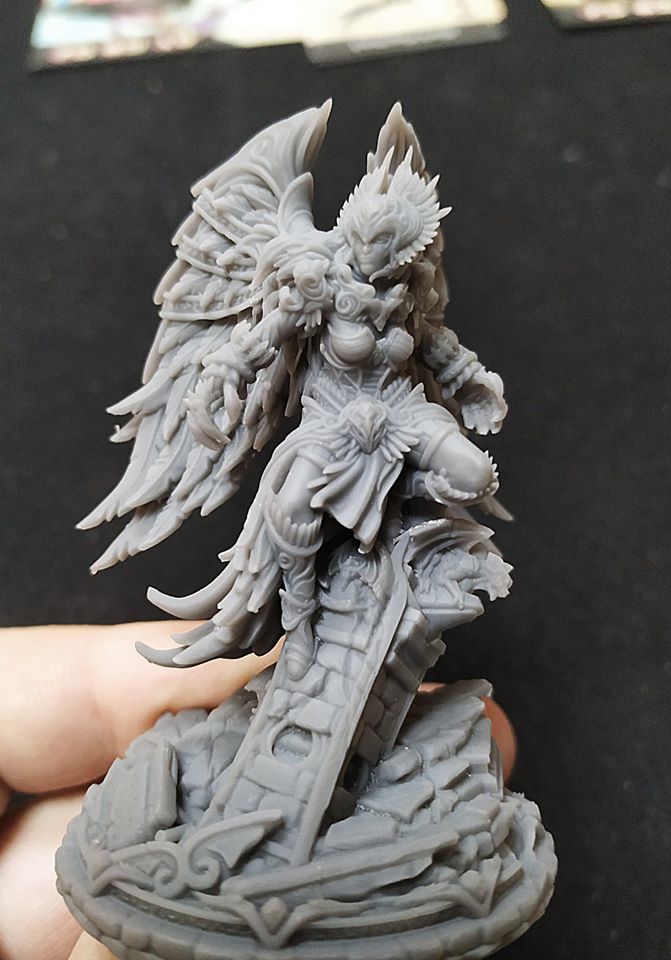 Hello, folks! Check out some pics from the latest PnP for Stormsunder! In addition to equipment and signature skills (more on them later), each hero has their own ability deck players make from an expanding pool of cards. There are lots of different types of ability cards a hero can accumulate to build their deck, including the 5 standard cards (Dash, Self-Preservation, Throw Rock, Take a Breather and First Aid), a plethora of cards earned by leveling the hero’s class, as well as some based on the hero’s other attributes, such as race, faction and traits. 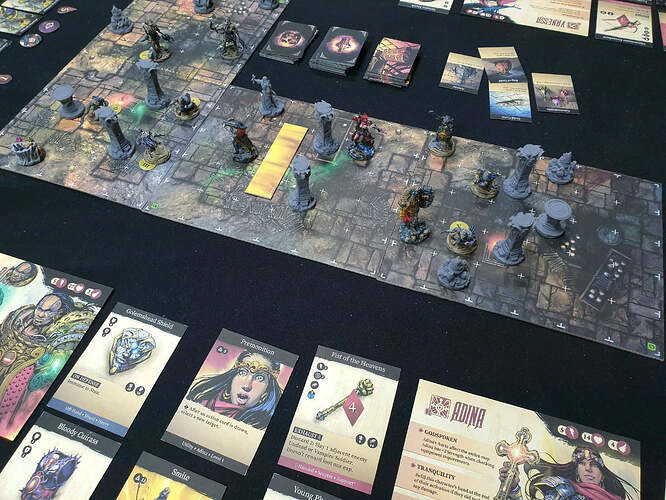 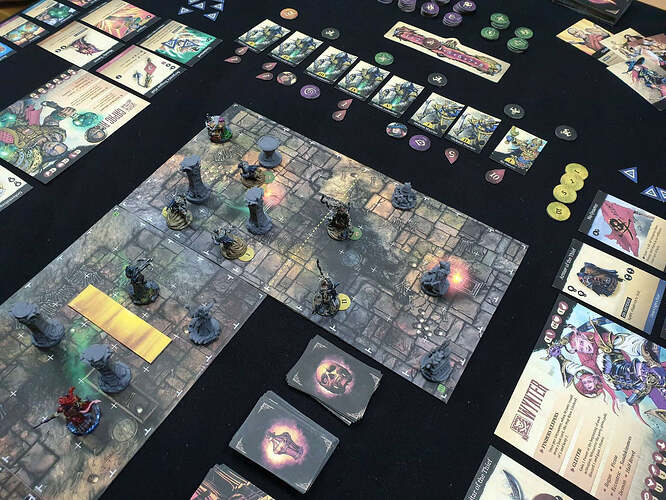 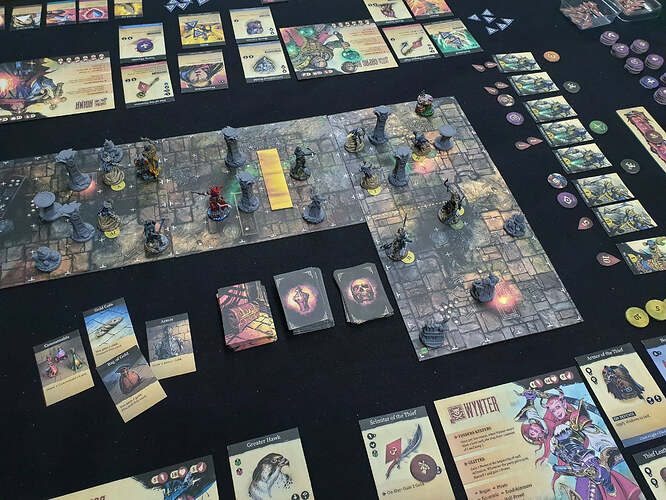 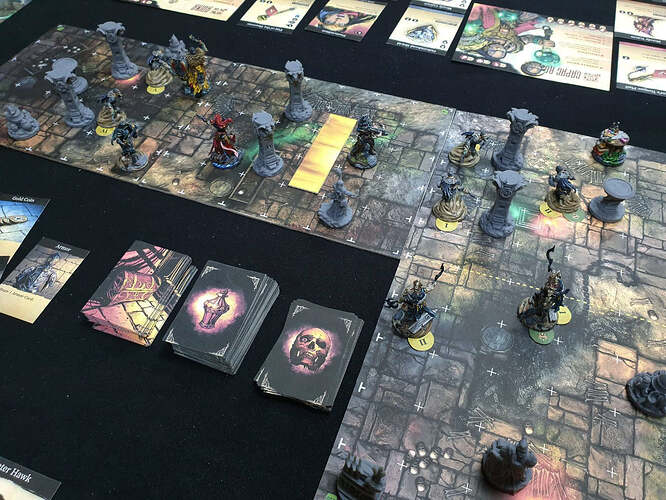 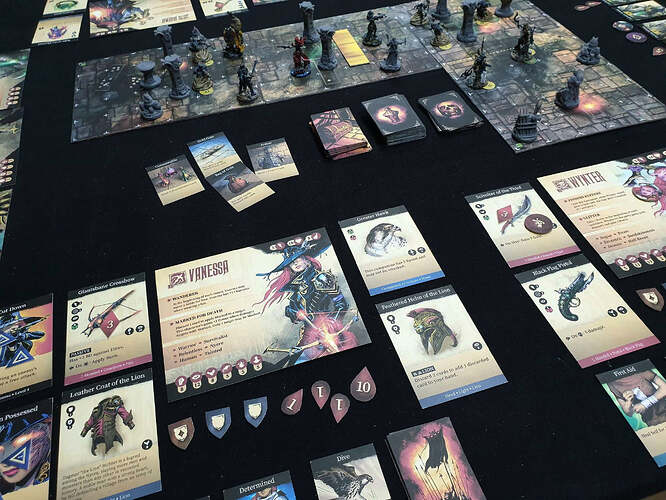 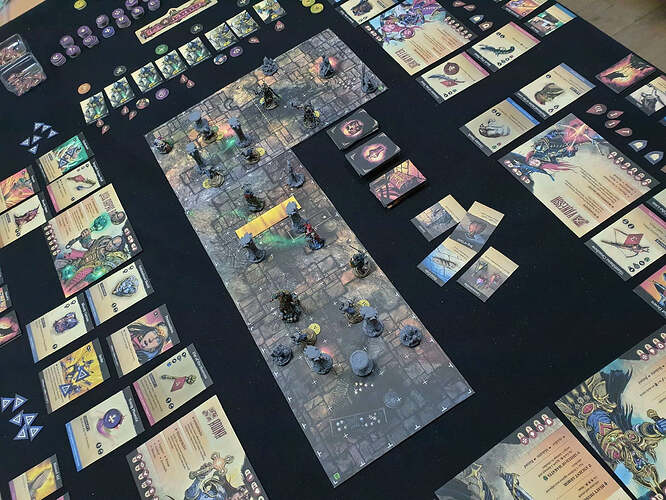