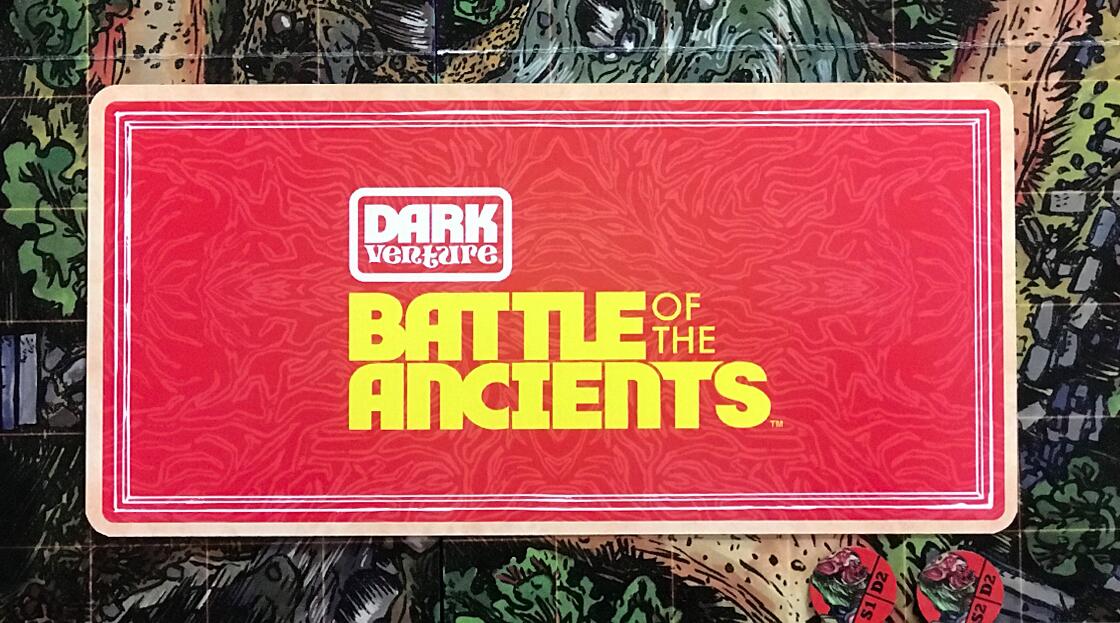 DARK VENTURE: BATTLE of the ANCIENTS is a SOLO, COOPERATIVE and COMPETITIVE tactical strategy game where players control asymmetric factions engaging in brutal conflict against one another. 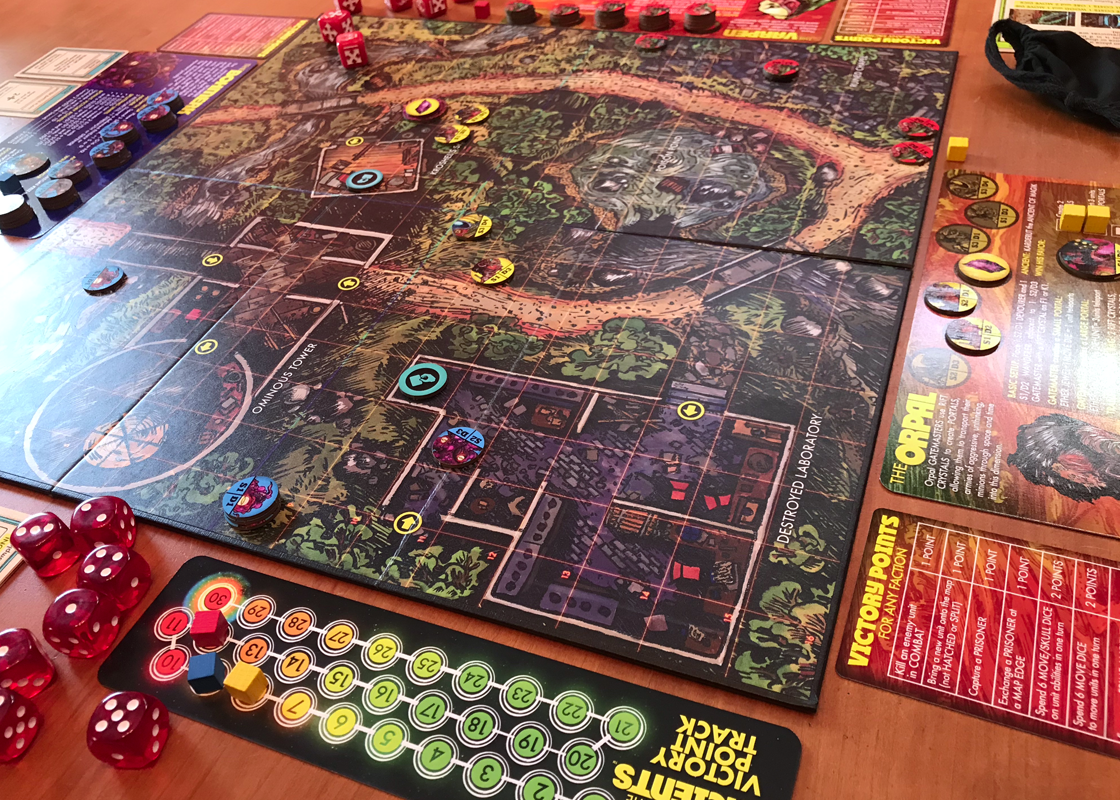 On their turns, players roll 6 MOVEMENT DICE then spend them to either (a) move the units of their faction or (b) activate the unique abilities of their faction: The BOHMERK split their units to create new ones, the VARPEN grow their units in size and strength, the DHARGON collect resources and use them to replicate their units, the ORPAL open portals to transport new units into battle, and the ALDERKANG fabricate new units using the DNA of captured enemies.

If the right conditions are met, players can summon powerful PRIME ANCIENT warrior-deities to aid in their conquest!

There will be additional ‘faction kits’ available to expand the game and many other Dark Venture related surprises (including some familiar HEROES!). We plan to bring it to Kickstarter early next year. I will share more details in an upcoming newsletters so keep a watchful eye out! 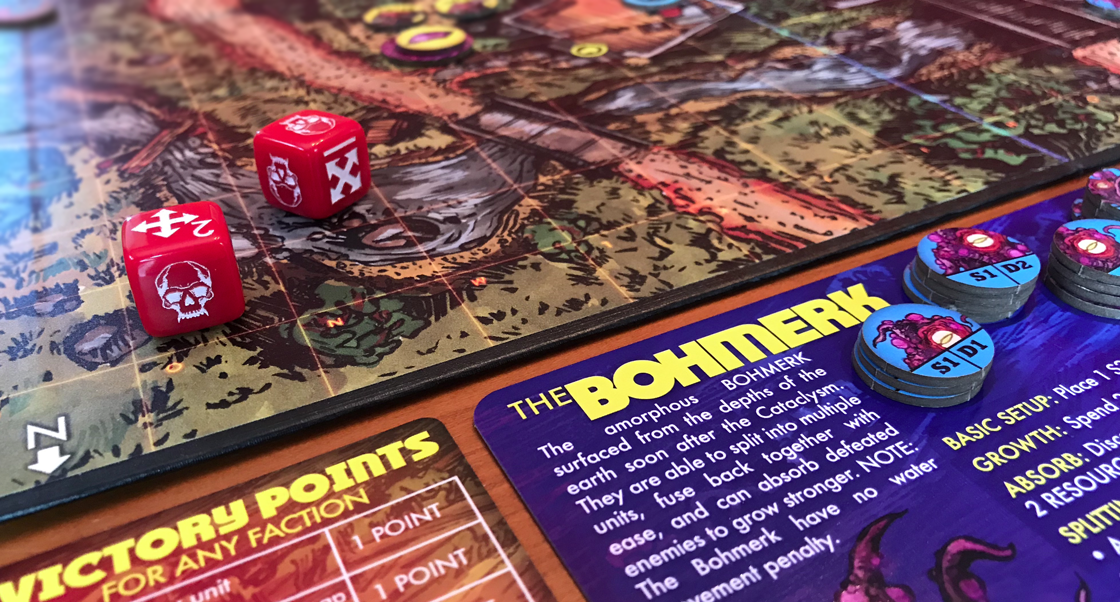 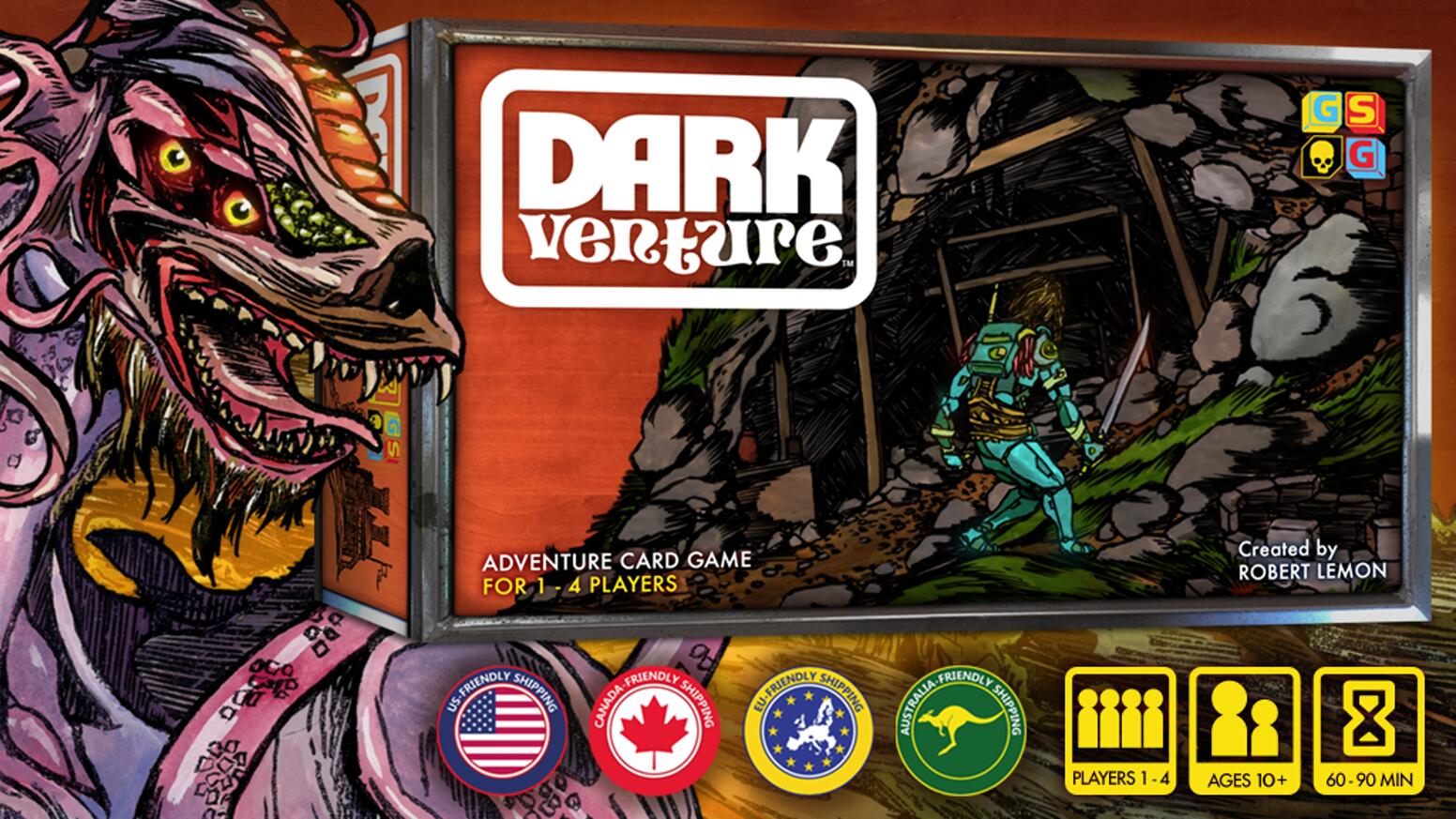 Explore a dark-fantasy future with your hero, completing their quests to win in this retro 1-4 player adventure game!