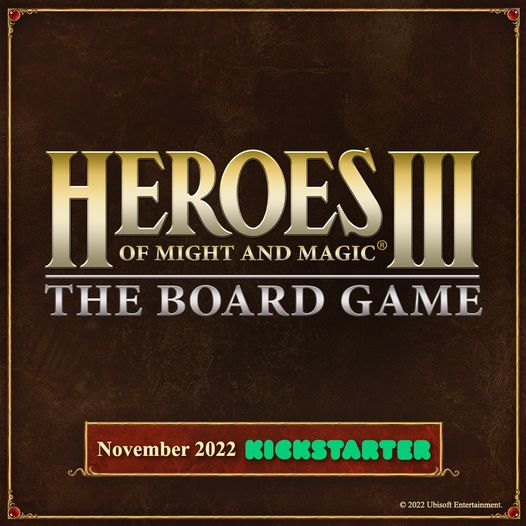 la page KS : Heroes of Might & Magic III The Board Game by Archon Studio — Kickstarter 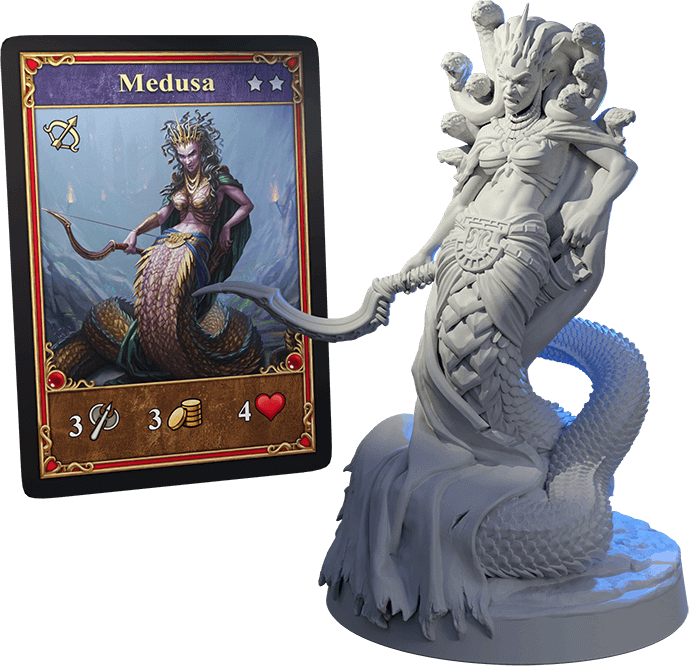 For the first time, a summoned Dragon will emerge in front of you! The game features highly detailed, tabletop-scaled models representing units from the game!

You start a game knowing only what’s around your Town. What lies beyond is yet to be discovered. As you travel, you will add hexagonal tiles representing the world you travel in. 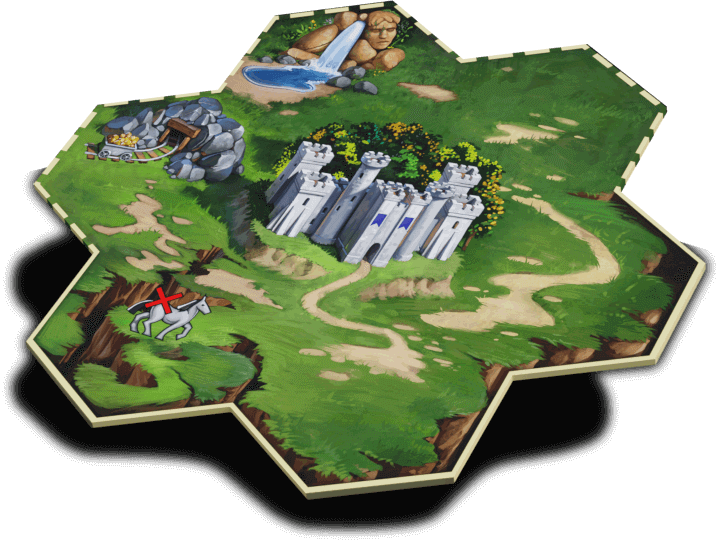 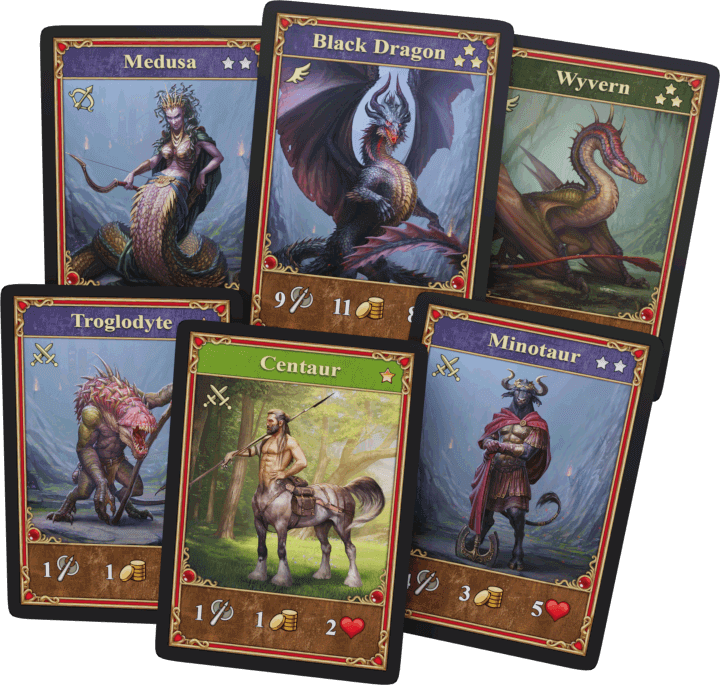 Build your army of creatures

Every Town allows you to recruit different magical beings. It’s crucial to strategically combine them into an effective army. Watch out, as your opponents will be doing the same!

Artwork for creatures will be provided by Iana Vengerova, a community-loved artist.

The world is full of enchanted (and cursed!) items awaiting to be discovered by your hero. Equip your hero with just a few of these artifacts and watch your enemies tremble in fear! 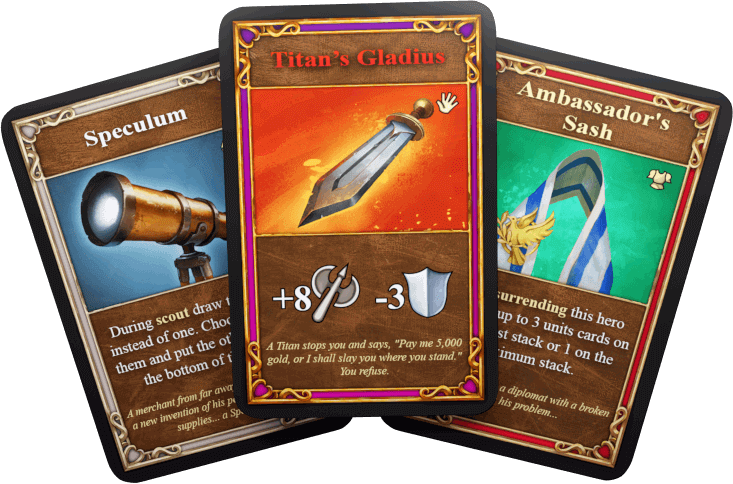 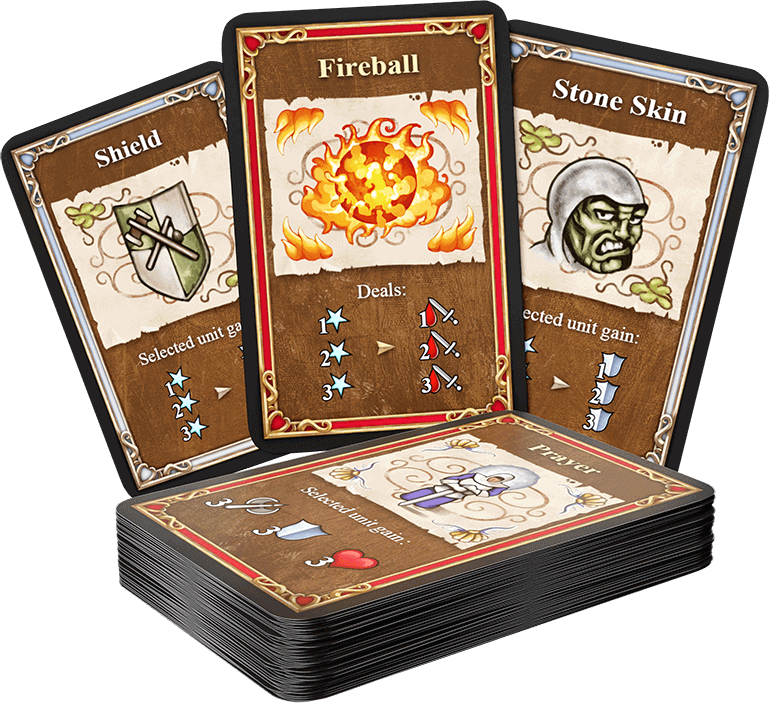 Four schools of magic await your hero’s thirst for knowledge. Whether you are into defensive spells like ‘Stone Skin’ or into a good old offensive spell like ‘Fireball’, every Town provides magic Guilds for your mighty hero.

Level up your hero

As the game progresses, you can learn a new skill or master existing ones. Where others see peasants, the master of necromancy sees opportunity! 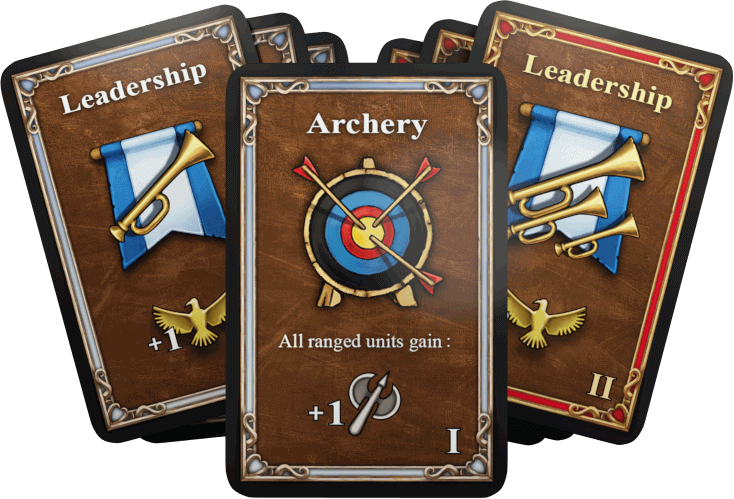