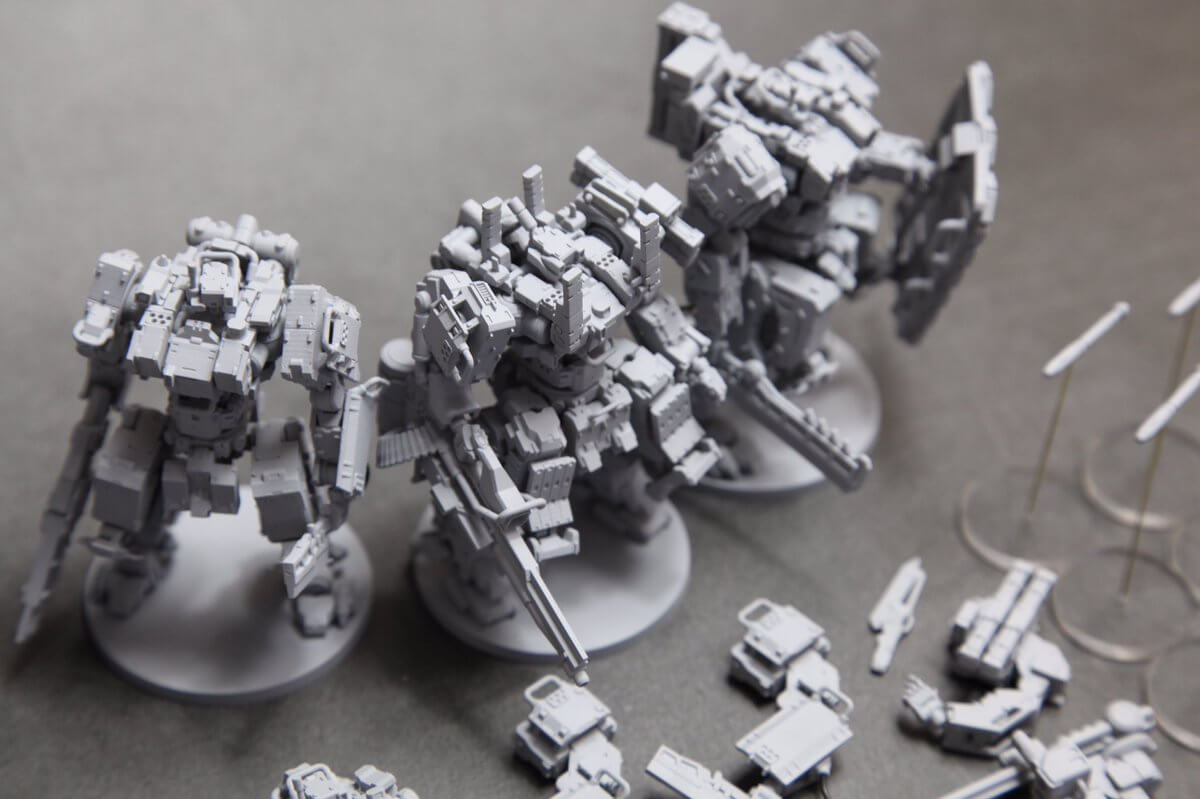 Obsidian Protocol is designed to be a compelling, fast-paced tactical experience, with core features that make every battle unique. Our step-based initiative system, where player actions take place during the same phase, avoids the frequent downtime of traditional "I-Go-You-Go" games.

Select a Mission: A number of pre-generated mission templates are included with the game, including suggested Deployment Point totals, objectives, and board set-up guidelines – but that’s only the beginning. As you get more comfortable with Obsidian Protocol’score mechanics, we encourage you to develop custom scenarios of your own.

Outfit Your Mechs: Assemble your MAP units from a wide selection of modular components, each with their own stats and combat abilities. Components are the lifeblood of every MAP –lose an arm, leg, or backpack and your tactical options will decrease, and you’ll take one step closer to oblivion.

Deploy Your Squad: Each player receives a Deployment Point budget to spend on their squad. Components and drones from the three major factions have their own strengths and weaknesses, giving players a chance to experiment with a wide range of play styles. Reconstruction and Development League commanders, for example, may swarm their opponents with low-cost cannon fodder units, or tear through the enemy with small squads of elite melee pilots.

Choose a Step and Take Action: While every component provides a unique set of combat, movement, and support abilities, each action can only be executed at a specific Step during the Main Action Phase. Every round, players secretly choose a Step on their Pilot Dials for each MAP pilot to act. Will you take aim at a menacing MAP during Step 2, hoping to disable their melee attack… or sprint behind cover in Step 6? All Steps occur in ascending order, minimizing player downtime.

Fight to Survive: Every turn of Obsidian Protocol provides new ways to engage the enemy. Players can fire pistols and rifles, get up close and personal to perform melee attacks, launch projectiles like missiles and beacons, and even disrupt opponents with advanced ECM. Since MAP abilities are determined by its components, the right build can mean the difference between victory and defeat. We designed the game to maximize player choice in every situation – for example, when facing an incoming missile, a player may choose to mislead it with a flare, destroy it by shooting it down, or even try to hack its guidance systems.

Challenge the Campaign: A dynamic 1v1 quest line will be included in the Core Set. It features a series of best-of-three missions where the outcome of each battle changes the objectives and terrain of the next, eventually leading to one of nine endings. We will release additional free narrative campaigns in the future, as well as feature articles that explore and illuminate the world of Obsidian Protocol.

Expand Your Arsenal: Obsidian Protocol is a long-term project, and being able to seamlessly extend the player experience through expansions has always been a core design goal. Early expansions will add new Elite Pilots and arms manufacturers to bring a wider range of tactical options to the battlefield. As time passes, the war for control of the Black Boxes will escalate, introducing new unit types; aerial support dropships, armored units, and even infantry squads will join the fray in larger engagements. Some factions will begin to field experimental units like FOS and NLC, which use different action mechanics from traditional MECs, but offer incredible power and maneuverability. We will also release additional game modes beyond versus and skirmish battles, including a fully-featured cooperative mode (planned for a 2020 release) where players take on the role of pilots confronting new and dangerous foes as a team. 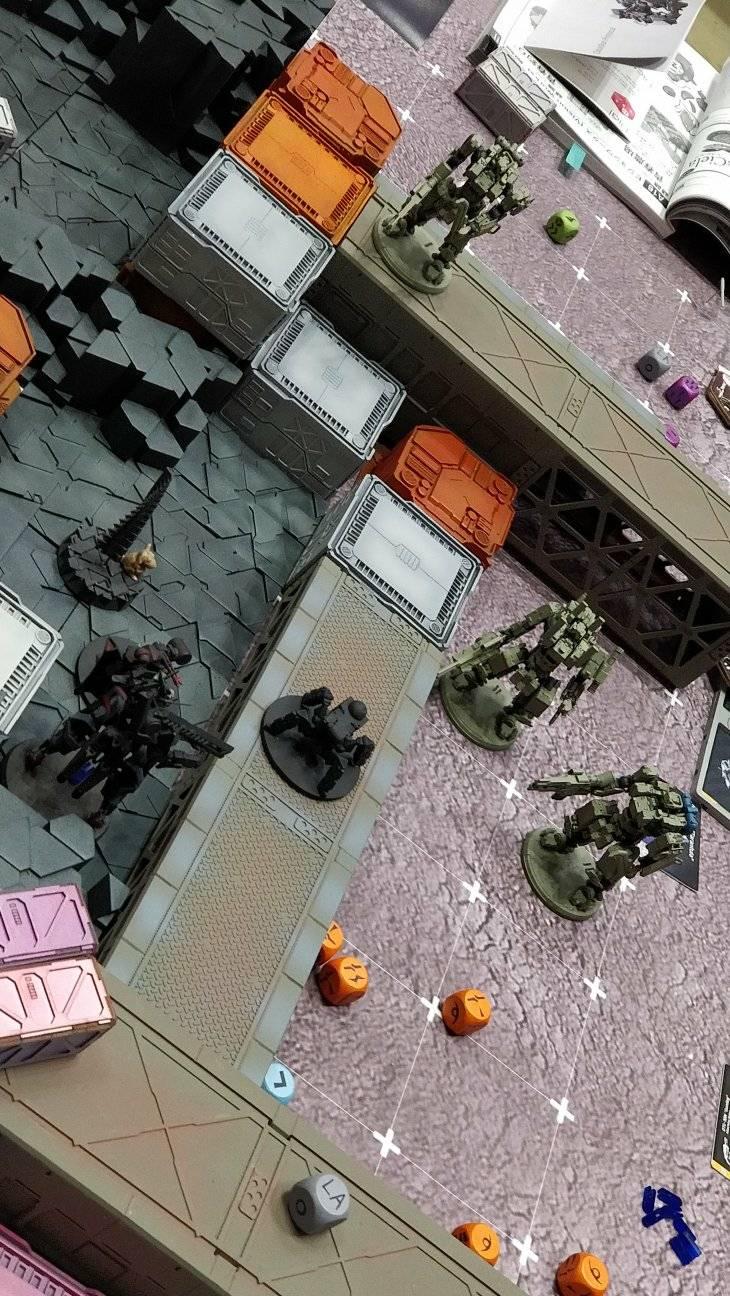 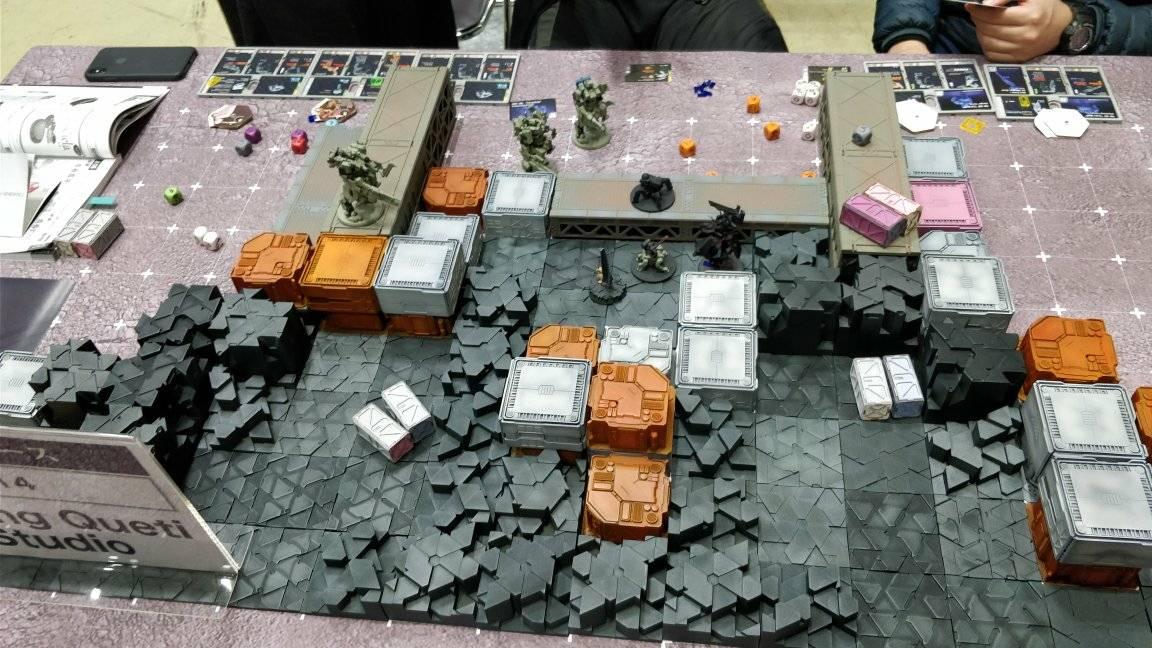 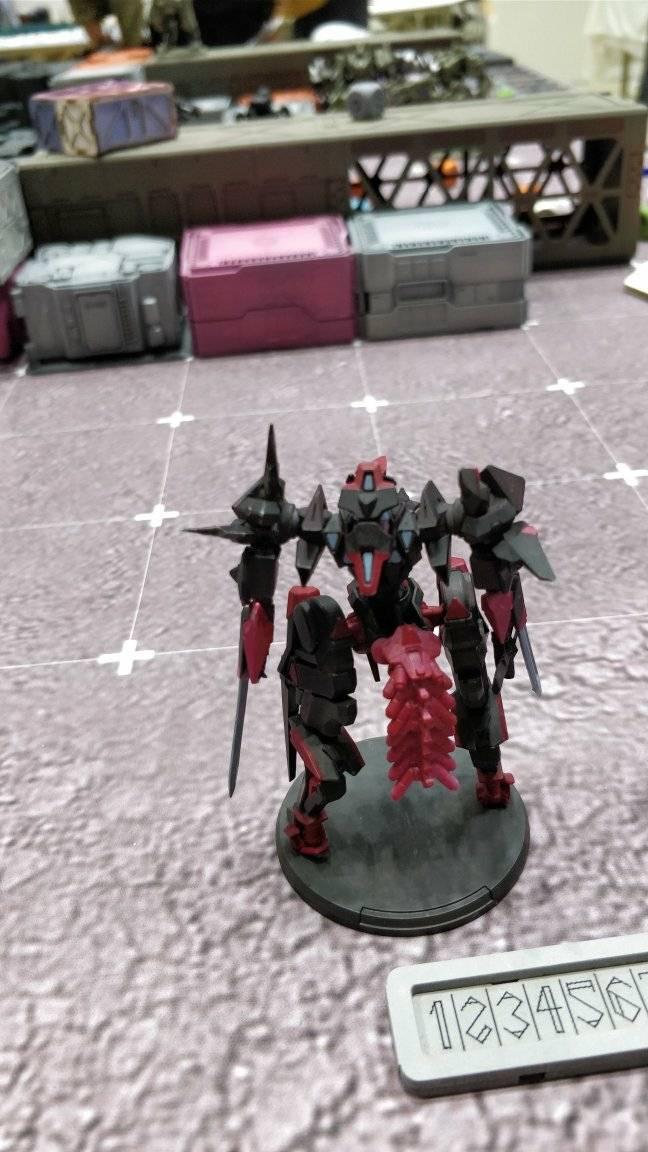 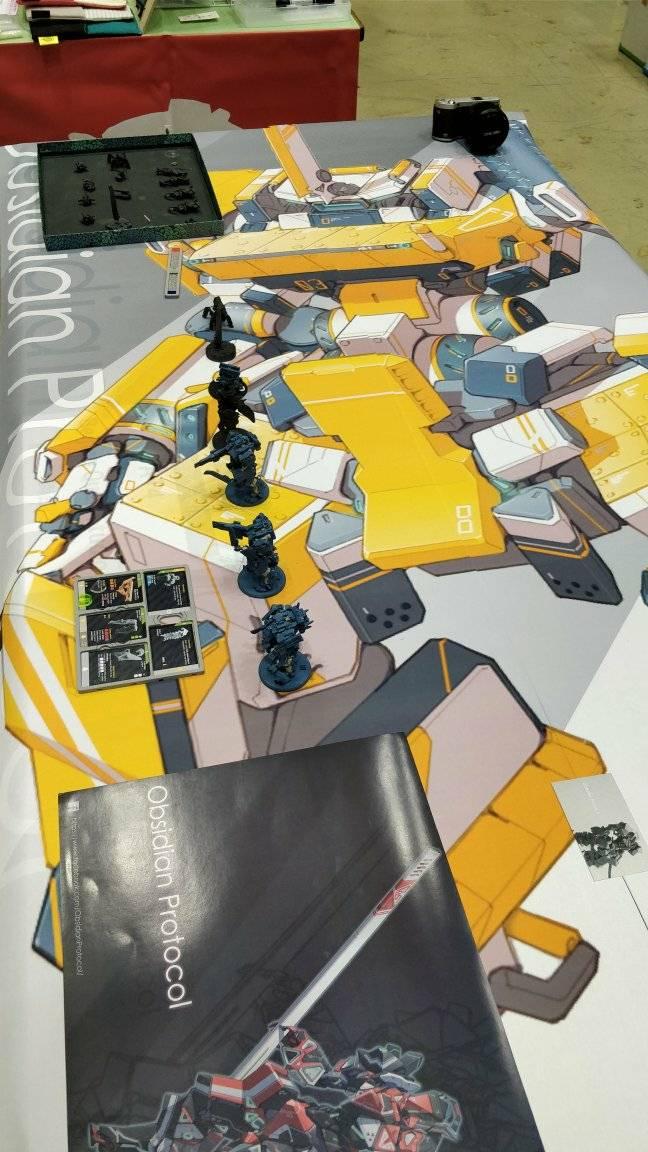