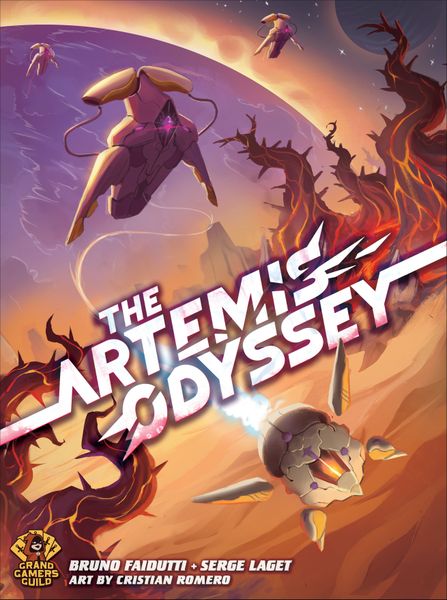 It is years into the future of The Artemis Project, and Europa has been tamed. Wanderlust has surfaced again, and now it’s time to go farther, on an odyssey to the stars.

In The Artemis Odyssey, players will guide their faction through the galaxy, discovering planets and using their resources. Your starships will land on uninhabited worlds, establish colonies, develop people, and build starships.

Each player controls a faction through their action cards. Players will play their cards to a shared planning board, which are then revealed and executed in sequence during the action phase.

Once a player crosses the 77-point threshold or when all planets have been explored, the game ends and the player with the most points wins.